Views 1813
Posted on:
Monday, September 17th 2018 at 5:15 am
Written By:
Tracy Kolenchuk
This article is copyrighted by GreenMedInfo LLC, 2019
Visit our Re-post guidelines 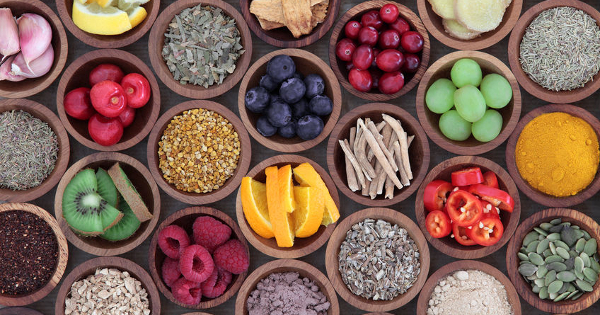 Where have all the cures gone? We used to think that insulin was the cure for diabetes, but now we know better. We used to cure infections with antibiotics, but now we're not so sure it's a good idea to medicate every infection. We used to cure warts with the strangest things, but now warts appear to be incurable. Are we losing the fight against disease?

We can't even cure a common cold, how can we hope to cure cancer.

Actually, there are lots of cures occurring. We just can't find them. We seem to think that all true cures are miracles, and all other cures are not real.

How can this happen? There are many ways for cures to disappear. Have you ever been cured? Can you prove it? Maybe you've been diagnosed with a disease, and now you don't have the disease anymore. Are you cured? How can you tell? Let's look at a typical scenario:

No. You can't. Most cures disappear. You might believe you were cured. Your doctor might say you are cured. But your cure doesn't count. Cures don't count, because cures are not counted. If you die, a doctor fills out a death certificate and documents a cause of death.

But if you are cured - there is no form to complete. There is no tracking for cures. There are no statistics for cured. Every cure is an individual case, every true cure is an anecdote, and anecdotes are not just lost, they are simply ignored.

Let's look at some examples:

But, but, but… If you are healthier, you get fewer colds, and your health cures them faster. Health not only cures colds, healthier health cures colds faster, and better. Conventional medicine suggests that the common cold is "self resolving". Self resolving is medical speak for "cured by health", so we don't care about it.

But what if it's not really a cure? What if you get another cold? Maybe your cold was just in remission for a few months, and it re-emerged. How can you tell? Cured is not defined for the common cold. Cures are lost because conventional medicine believes there are no cures. What if you take an alternative medicine, a herb tea, some chicken soup, and it cures your cold faster. Was it a cure? There's no difference. Cures don't count. Cure is not defined for the common cold.

Maybe you're thinking "well, the common cold is different", but is it? Let's look at another common illness - well, not so common if you are young. But if you are over 40 or 50, maybe you've heard of plantar fasciitis, or plantar fasciosis - the latest naming fashion.

Is there a cure for warts? As Dr. Andrew Weil points out - everything seems to cure warts, but nothing cures warts. Every doctor - according to Dr Weil, has seen warts cured by the strangest things, and Weil often asks doctors for their cure stories. But officially, there is no cure for warts. Warts cured is not defined. Was it always like that? It's an interesting question.

In 1996 a clinical study "Homoeopathic versus placebo therapy of children with warts on the hands: a randomized, double-blind clinical trial." treated 60 children with warts. According to the published research, 6 patients were cured in the study. There was no follow-up, but it is likely that all 60 patients were eventually cured. Warts tend to be cured by health - but health cures don't count.

Only two years later, in 1998, an almost identical study, by some of the same researchers, "A double-blind, controlled clinical trial of homeopathy and an analysis of lunar phases and postoperative outcome." was completed with 30 patients. How many were cured? The study did not report a single cure. What happened to the cures? Were they lost? How many of the patients still have warts? There was no follow-up, but it is also likely that every patient was eventually cured by health. But nobody cares. Cures don't count. Cures are lost.

There are many people who claim to "reverse" diabetes. There are, apparently, tens of thousands of people claiming to have reversed their Type 2 Diabetes. What's the difference between diabetes reversed and diabetes cured? Diabetes cured is not defined.

Have you ever met anyone who was cured of cancer? I have. I met someone who cured her cancer, without medicine - and then her cure disappeared. It was lost. I'm not alone. Dr. Kelly Turner has documented over 1000 cases of cancer cured in her Radical Remission project and written about the cures in the book Radical Remission, published in 2014. However, Dr. Turner didn't call the book "Cancer Cures", because, even 8 years later, cured is not defined for cancer. Were any of the patients documented in Dr. Turner's book actually cured? Conventional medicine has nothing to say. There is no test for cancer cured. Cancer cures, all of them, get lost. None can be proven.

But… but.. but.. Aren't there thousands of clinical studies searching for a cure for cancer? Actually, no. Clinical Trials.gov, documents over 63,000 cancer trials. But if you search clinical trials for "cancer" and "cure", there are only 1890 studies. And if you look closely, there are - as near as I can determine - no studies, not one single clinical study that has a test for cured. If a patient in a clinical study is cured, they will be documented as a "survivor". But cured? Cured is not defined for cancer. We can't test for cured. Cures are lost.

The DSM-5, the latest edition of the Diagnostic and Statistical Manual of Mental Disorders contains a single instance of the word cure, "the treatment and eventual cures for these conditions". It seems that, according to the DSM-5, all mental disorders have the potential to be cured, but today - there are no cures to be found.

How many more cures have been lost? Almost all of them. We don't know. Even as we find more cures, as we cure more diseases, we lose those cures, because they can't be recognized. Today, most cancer doctors refuse to use the word cure, and many doctors advise their staff to never use the word cure. Cure is a forbidden, four letter word. There are few incentives to cure, and to be honest, there are more incentives to "not cure".

Cures are lost. Modern conventional medicine has lost the concept of "cure".

to your health, tracy