Views 6969
Posted on:
Tuesday, June 24th 2014 at 7:30 am
Written By:
Margie King, Health Coach
This article is copyrighted by GreenMedInfo LLC, 2019
Visit our Re-post guidelines 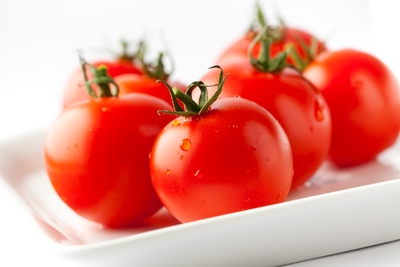 We've known for decades that cardiovascular disease is notably lower in southern Europe especially compared to the U.S. The Mediterranean diet, consisting of more fruits, vegetables, and olive oil, usually gets the credit. It's been shown to reduce the number of heart attacks and strokes in patients with high cardiovascular risk.

Now researchers have identified a key nutrient in the Mediterranean diet that deserves special mention. They found that lycopene, a carotenoid found abundantly in tomatoes, helps reduce cardiovascular disease risk.

Lycopene gives tomatoes and other fruits and vegetables a distinctive red color. It's a powerful antioxidant and 10 times more potent than vitamin E.

In a study published in the journal PLOS One, researchers at the University of Cambridge demonstrate how lycopene improves the function of blood vessels in patients with cardiovascular disease.[i]

The researchers noted that in spite of aggressive cholesterol lowering with statins and other drugs, cardiovascular patients were still at risk of heart attack and stroke. They believed that risk was due to impaired endothelial function.

The endothelium is a thin layer of cells that lines the inside of blood vessels and helps facilitate blood flow. Endothelial function predicts future cardiovascular events. Having a healthy endothelium is considered an important factor in preventing heart disease.

In a randomized, double blind, placebo controlled, interventional trial the Cambridge researchers recruited 36 cardiovascular disease patients and 36 healthy volunteers. The patients with cardiovascular disease were all on cholesterol-lowering statin drugs. Despite this, they still had a relatively impaired function of the endothelium compared to the healthy volunteers.

Half the subjects were given 7 mg per day of lycopene and the other half received a placebo. The researchers measured forearm blood flow which is the gold standard for gauging the function of blood vessels.

They found that 7 mg of oral lycopene supplementation improved and normalized endothelial function in the patients, but not in healthy volunteers.

In just two months, lycopene improved the widening of the blood vessels by over a half (53%) compared to baseline in those taking the supplement. That's important because constriction of the blood vessels is one of the key factors that can lead to heart attack and stroke.

They also noted that the 53% improvement in endothelial function from 7 mg of lycopene was comparable to the effect other studies found with 20 mg of the drug simvastatin in high cholesterol patients.[ii] But the lycopene was able to effect improvements that went beyond statin therapy in these patients with atherosclerosis.

And of course, lycopene does not have the problems related to statins which have been found to have over 300 adverse health problems.

Lycopene is found naturally in tomatoes. It's more potent when it's pureed and cooked. Its power is also enhanced when cooked or consumed with olive oil, as is common in Mediterranean countries.

Lycopene has been found to have over 40 other potential health benefits. To learn more visit GreenMedInfo's page on lycopene. 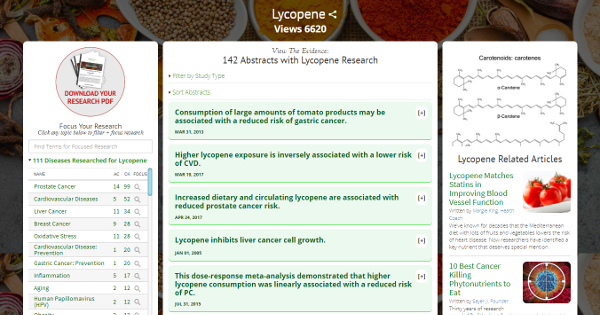