Views 107906
Posted on:
Wednesday, December 5th 2012 at 5:00 am
Written By:
Sayer Ji, Founder
This article is copyrighted by GreenMedInfo LLC, 2015
Visit our Re-post guidelines 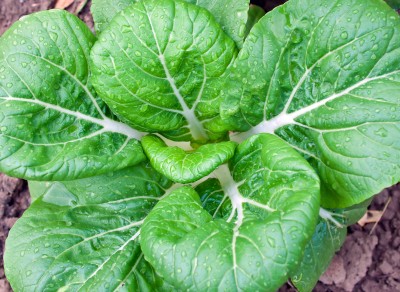 Calcium deficiency is a common nutritional concern, but how many folks consider the vital importance of magnesium in human health and disease?

New research published in the journal BMC Bioinformatics indicates that magnesium's role in human health and disease is far more significant and complicated than previously imagined.

While it is well known that all living things require magnesium, and that it is found in over 300 enzymes in the human body, including those enzymes utilizing or synthesizing ATP (the molecular unit of currency for energy transfer), the new studied titled, "3,751 magnesium binding sites have been detected on human proteins," indicates that a deficiency of magnesium may profoundly affect a far wider range of biological structures than previously understood.[i]

The proteome, or entire set of proteins expressed by the human genome, contains well over 100,000 distinct protein structures, despite the fact that there are believed to be only 20,300 protein-coding genes in the human genome.

The discovery of the "magneseome," as its being called, adds additional complexity to the picture, indicating that the presence or absence of adequate levels of this basic mineral may epigenetically alter the expression and behavior of the proteins in our body, thereby altering the course of both health and disease.

Indeed, modern medicine and nutrition fixates primarily on calcium deficiency (due, in part, to the WHO's highly unscientific definition of osteoporosis), even in the face of accumulating peer-reviewed research indicating that excess calcium consumption can greatly increase cardiac morbidity and mortality.

Research relevant to magnesium has been accumulating for the past 40 years at a steady rate of approximately 2,000 new  studies a year. Our database project has indexed well over 100 health benefits of magnesium thus far.  For the sake of brevity, we will address seven key therapeutic applications for magnesium as follows:

Best Sources of Magnesium In The Diet

The best source of magnesium is from food, and one way to identify magnesium-containing foods are those which are green, i.e. chlorophyll rich. Chlorophyll, which enable plants to capture solar energy and convert it into metabolic energy, has a magnesium atom at its center. Without magnesium, in fact, plants could not utilize the sun's light energy.

Magnesium, however, in its elemental form is colorless, and many foods that are not green contain it as well. The point is that when found complexed with food cofactors, it is absorbed and utilized more efficiently than in its elemental form, say, extracted from limestone in the form of magnesium oxide.

The following foods contain exceptionally high amounts of magnesium. The portions described are 100 grams, or a little over three ounces.

Fortunately, for those who need higher doses, or are not inclined to consume magnesium rich foods, there are supplemental forms commonly available on the market. Keep in mind, for those who wish to take advantage of the side benefit of magnesium therapy, namely, its stool softening and laxative properties, magnesium citrate or oxide will provide this additional feature.

For those looking to maximize absorption and bioavailability magnesium glycinate is ideal, as glycine is the smallest amino acid commonly found chelated to magnesium, and therefore highly absorbable.