The Masks That Will Not Go Away 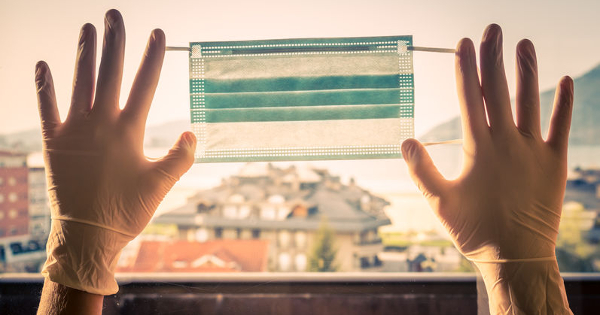 The headline reads: Store Mask Bully Unleashes on Children, Tells Them 'I Hope You All Die.' Even young children are not spared during a rash of recent incidents in which pro-mask bullies have attacked strangers during their patrols of stores, parks, and other locations looking for mask violators amid the ongoing coronavirus outbreak. Another headline: Couple Allegedly Maced by Unhinged Woman for Having Picnic While Not Wearing Masks.

Don't be surprised if one day you read someone is shot over masks.

The intolerance for other viewpoints and general insanity in our culture are mixing with confusing medical advice from public health officials is making violence against those who refuse to comply an increasingly commonplace occurrence. One man opened fire on a mother and son because they were not socially distancing at a Miami Beach hotel Monday, according to USA Today. Fortunately, no one was hurt, but in terms of fear, no one there was spared.

Officials in a South Florida community issued a new set of rules that residents must follow in the name of containing COVID-19, including a provision that tasks homeowners with enforcing the new rules on private property, including adhering to "facial covering requirements."

Here's what Dr. Fauci says: "There's no reason to be walking around with a mask. When you're in the middle of an outbreak, wearing a mask might make people feel a little bit better, and it might even block a droplet, but its not providing the perfect protection that people 'think' that it is. "And often, there are unintended consequences: People keep fiddling with the mask and they keep touching their face."

Government officials in the Netherlands will not ask citizens to wear masks, as they say, there is no clear evidence that doing so would slow the spread of the coronavirus. Instead of mandating facial coverings, the country will seek a solution that includes more physical distancing. "Because from a medical perspective there is no proven effectiveness of masks, the Cabinet has decided that there will be no national obligation for wearing non-medical masks," Dutch Minister for Medical Care Tamara van Ark said. 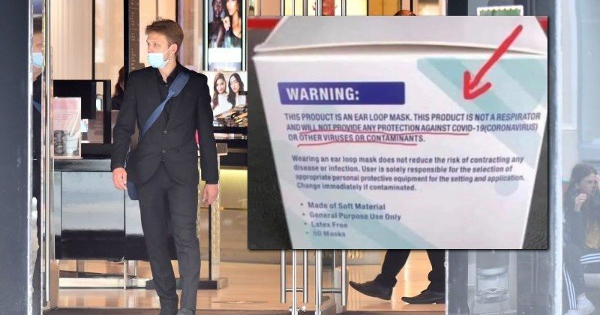 The same type of face masks that the UK government is mandating people wear in shops from July 24 onwards to protect against the spread of coronavirus specifically state on their packaging that they don't protect against coronavirus.

Thousands of Germans took to the streets of Berlin to protest the country's coronavirus measures - including wearing facemasks - which the protesters refer to as a "muzzle."

Even though they are not effective or not called for, and even though they restrict oxygen intake, and forces you to breathe back in your own CO2, you might still consider wearing one, for you run the risk of being attacked for not being a polite and submissive subject of government mandates and groupthink.

Sometimes it is easier to go along with the herd. We have to be wise about picking our battles. When wearing a mask, it is possible to go halfway and leave the nose open to the air. Few people will butcher you for that slight infraction that will allow you to breathe normally, though it looks like you are going along.

A vaccine is still hypothetical. Some experts say widespread mask-wearing could slow down infection rates until a vaccine arrives though the vaccine could end up being more dangerous than the virus. Indeed, pharmaceutical companies running to develop a vaccine think its too risky for them to be liable for vaccine damages, so governments take the risk, and so do the people who decide to take the vaccines. 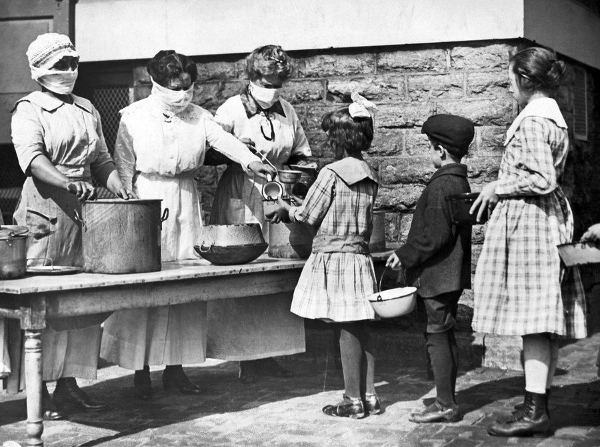 "The COVID virus was supposed to be contained in the kind of lab where people wear astronaut suits and go through triple-sealed doors. It is a con of massive proportion to assert that now, having escaped those environs, a bandana will magically do the trick.

After all, size matters. The pore size of cloth face coverings ranges from ~ 20-100 microns. The COVID virus is 200-1000x smaller than that, at 0.1 microns. Putting up a chain-link fence will not keep out a mosquito. Even the most esteemed medical journals admit their purpose is to calm anxiety. "Expanded masking protocols' greatest contribution may be to reduce the transmission of anxiety," continued Dr. Gold

Members of the public could be putting themselves more at risk from contracting coronavirus by wearing face masks, one of England's most senior doctors has warned. Jenny Harries, deputy chief medical officer, said the masks could "actually trap the virus" and cause the person wearing it to breathe it in. "For the average member of the public walking down a street, it is not a good idea" to wear a face mask in the hope of preventing infection, she added. This is because people wear the same mask over and over and over again, lay it down on unsanitary surfaces, and fiddle with it while wearing it. 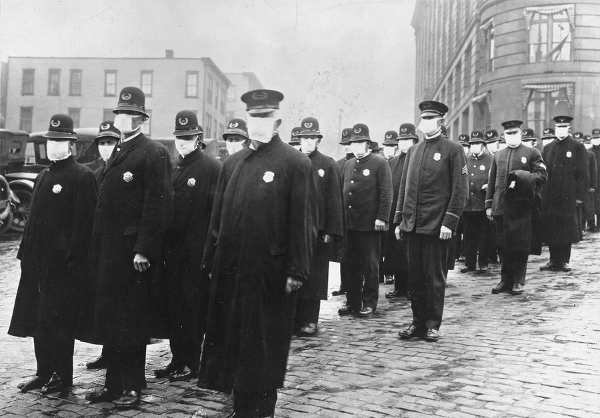 No one is allowed to question the narrative of the WHO or CDC. Any person, including a doctor who offers a second opinion or alternative analysis, will be de-platformed, demonetized, blacklisted, and smeared. Here is the famous video that Facebook, Twitter, and YouTube yanked featuring real doctors saying real things that public health officials refuse to listen to. Indeed, they and the media do not want us to hear that lockdowns were not useful (compare death rates of Sweden with New York), or that the necessity of wearing face masks to curb the spread of the contagion does not stop the virus.

Currently, 19 states have not issued mask mandates in response to rising COVID-19 infection numbers. More than 30 states have enacted some form of mask requirement. A growing number of retailers, including Walmart, Target and CVS, are also joining the mask mandate bandwagon. Georgia's governor, in a challenge to mask requirements by local governing bodies, filed a lawsuit challenging Atlanta's dictate that masks be worn within city limits.

In some states, such as Indiana, where masks are required but there are no penalties for non-compliance, government officials are urging people to protect themselves but not to get into confrontations over masks or turn into snitches.

In other states, such as Virginia, the Nanny State is using more strong-handed tactics to force compliance with mask mandates, including the threat of fines, jail time, surprise inspections of businesses, and complaint hotlines that encourage citizens to snitch on each other. Officials in Las Vegas deployed 100 "compliance ambassadors" to help educate and enhance enforcement of the state's mask mandate. One couple in Knoxville, Tenn., took mask-shaming to new heights when they created a Facebook page to track compliance by businesses, employees and customers.

In Miami, "residents now risk a legal penalty if they venture into public without a face mask. The city has assigned at least 39 police officers to make sure that residents are following the city's mandatory mask ordinance. Offenders will be warned but, if they refuse to comply, they will be fined. The first offense will cost $100 and the second another $100. With a third -- God forbid -- the offender will be arrested."

John W. Whitehead, who reported on the above said, "These conflicting and, in some cases, heavy-handed approaches to a pandemic that has locked down the nation for close to six months is turning this health crisis into an unnecessarily politicized, bureaucratic tug-of-war with no clear-cut winners to be found."