May All Your Medicines Be Green

Views 6468
Posted on:
Monday, June 4th 2012 at 1:30 pm
Written By:
Tracy Kolenchuk
This article is copyrighted by GreenMedInfo LLC, 2012
Visit our Re-post guidelines 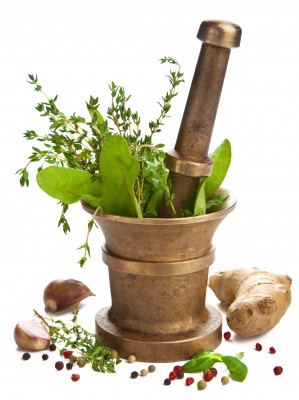 Hippocrates – the father of medicine – said, "Let your food be your medicine, and let your medicine be your food."  Medicines are a subset of foods, according to Hippocrates.  I like that.  What are medicines today?  What are foods? 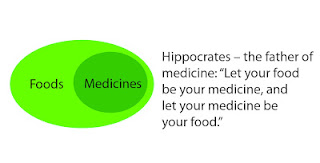 Foods are natural. They come from nature.  Foods are things that live and grow. Non-foods do not live and grow in nature. When we concentrate our foods, or specific aspect of foods, they can become medicines and heal our illness.  How does this work?

Of course Hippocrates lived in 400 BC. Medicine was in it's infancy, but he knew a thing or two. All illness is caused by a deficiency or an excess.  If you are deficient in a nutrient - taking concentrated foods may help, or cure your illness. It is the medicine that actually addresses the cause of the illness - all others are false medicines. 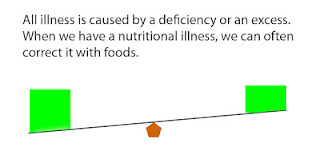 Note: Illness can be caused by many kinds of deficiency or excess, not just foods. You might suffer from deficiencies, or excesses of toxins, of exercise, of growth, of your immune system, etc.

When you are deficient of a nutrient, eating more of, or concentrations of the right foods will correct the imbalance.  When you have an excess you might think the only solution is to stop eating the excess - but you might also treat an excess by eating more of other foods - which displace the excess. This might be mistaken, by the inattentive, for the 'placebo effect'.

Hippocrates also knew something about toxic medicines. There were always people who treat illness with poisons.  Poisons re-establish balance not be building up the weak side - instead by breaking down the strong.  If you are suffering from pains of arthritis - a poison that desensitizes your ability to feel pain can make you feel better, even though your health is actually worse.

He knew that foods are the best medicine - and poisons are only resorted to when the natural approach fails. 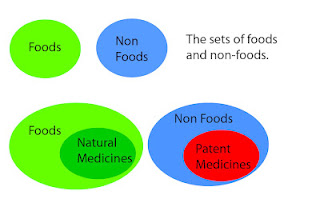 Commercial interests want to dismiss natural medicines, to pretend they don't exist, or don't matter.  Many people call natural medicines 'alternative medicines', as if they were some new, strange thing.  In fact, patent medicines are the new, strange thing.  I've deliberately colored patent medicines red - because they are, by their nature toxic.  They always have side effects, because they are non-foods.

There are many illnesses, more than we know, that can ONLY be treated effectively by natural medicines.  This does not require any 'clinical studies', just common sense. Any illness that comes from a deficiency - can only  be treated by a natural medicine, a food.  Any illness that arises from a toxin in your diet will not succumb to a patent medicine.  The only solution is to stop consuming the toxin.

If medicine was like sports, where the score is what matters, Natural Medicine would often have the winning game.  But in today's studies of medicine, no-one keeps score. Or, more accurately, we only keep score for patent medicines - and then only when they succeed.   We don't keep track of the failures.  Some governments have even passed some laws that specifically protect 'patent medicines' from lawsuits in case of failure or death.

If a natural medicine has a success, it is not counted.

If you have cancer, and you take patent medicine - chemotherapy, radiation, and surgery - but you die, that's normal. We expected you to die anyway.  If 30 percent of cancer patients who take patent medicines live 5 years - that's called success.  There are so few cases of patent medicine actually 'curing' cancer, that they are not simply counted.  Living 5 years after treatment is called success.  Only now are we starting to learn that the sad, long term effects of chemotherapy and radiation - last much longer than 5 years.

What about 'clinical studies'?  Aren't they the real standard we use to measure our medicines?

Most clinical studies are, purely and simply, a marketing tool. Designed specifically by pharmaceutical companies to gain approval for a patented product. In 2005, John Ioannidis, an epidemiologist at the University of Ioannina School of Medicine in Greece demonstrated most scientific studies are false – and noted reasons for higher failures in the medical fields.  No one has seriously challenged his findings.  And nothing has changed.

Clinical studies are typically short (because they are expensive) and directed towards testing a single 'patent medicine' against a placebo.  Drug companies don't dare test against the 'current best treatment' because they want to market 'new patent medicines', not 'best treatments'.  Best treatments are not tracked. Even though clinical studies are short - ostensibly to save cost and get the product to market - they are not tracked when the 'clinical study' is released into the public. As a result, it can take years, and many deaths, to remove a killer medicine from the market.

If we really want to pursue healthiness, we need to track every diagnosis, every treatment, every cure and every failure.  This is especially important for illnesses that our best medicines 'cannot cure', like cancer, multiple sclerosis, arthritis, Parkinson's Disease, Alzheimer's Disease, etc. Tracking a small subset of patients, whether they are in a 'clinical study' or not - is only anecdotal evidence.

Medicines should be judged on their performance, and on their safety.  Natural medicines have proven to be effective and very safe in many cases.  They are, after all, mostly foods. Patent medicines can be more effective in specific cases, but tend to be more dangerous, less safe.  They are, for the most part - toxic little white pills or transparent injections. We use doctors and patent medicines to kill people on death row - if we are going to kill people, maybe we should be more honest about it and not pretend we are 'medicating’ them.

All patent medicines have side effects, because they are by their nature, unnatural and toxic. Patent medicines have their foundation in antibiotics, designed to kill cells. Sometimes they kill the right cells, sometimes not. According to Greg Critser, writing in Generation RX, there is an epidemic of liver failure due to patent medicines - and many medicines are issued with warnings that the doctor must monitor the liver.  When more than one patent medicine is taken at a time - the risk rises significantly.

Green medicines have health effects. They are, by their nature, foods, healthicines.

It's time we started to measure all medicines with serious questions:

Unfortunately, your doctor is not likely to prescribe these green medicines, not matter how well they perform. And in many cases, if he tried, he would find they are simply not available - or in many cases, illegal. If you want to get them, you can only break the law.

May all your medicines be green.   Tracy