Views 10141
Posted on:
Monday, April 8th 2013 at 5:00 am
Written By:
Jeffry Aufderheide, founder VacTruth.com
This article is copyrighted by GreenMedInfo LLC, 2019
Visit our Re-post guidelines 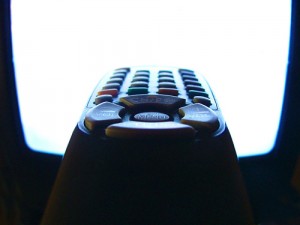 The point of this article is to highlight the techniques used by the media, especially using doctors and celebrities to push the pharmaceutical agenda. This tactic certainly can be seen front and center, as there is currently a massive push in the media to deny any link between vaccines and autism.

Many of you know him through his methods, but have never met him.

Edward Bernays is best known in mass media circles as the "Father of Propaganda." Scientific techniques were developed and used to shape the psychological decisions and opinions of the masses. [1]

For example, he was an important part of the U.S. Committee on Public Information (CPI) during World War I, along with Walter Lippmann and Carl Byoir. The propaganda from CPI sold the war to Americans as one that would "Make the World Safe for Democracy."

Later in this article, I'll share with you a little secret about Bernays. But first you should know a little more about his methods.

In 1928, Bernays published an operators manual on mass manipulation entitled Propaganda in which he says on page 37, "... our minds are molded, our tastes formed, our ideas suggested, largely by men we have never heard of." But more to the point, on page 76 he writes:

Suppose the old type of salesmanship, acting for a meat packer, was seeking to increase the sale of bacon. It would reiterate innumerable times in full-page advertisements: "Eat more bacon. Eat bacon because it is cheap, because it is good, because it gives you reserve energy." The newer salesmanship, understanding the group structure of society and principles of mass psychology, would first ask: "Who is it that influences the eating habits of the world?" The answer, obviously, is: "The physicians." The new salesman will then suggest to physicians to say publicly that it is wholesome to eat bacon. He knows as a mathematical certainty, that large numbers of persons will follow the advice of their doctors, because he understands the psychological relation of dependence of men upon their physicians. (emphasis mine)

Not a bad recommendation for "1928 science." If this type of message sounds familiar to you, it should. Today most of the pharmaceutical television commercials end with the phrase, "Just ask your doctor."

Think again if you believe Big Pharma doesn't use the propaganda techniques mentioned by Bernays. I think the above statement from Bernays ties in nicely if you look at ProPublica's Dollars for Docs program. [2] This particular report shows over $2 billion dollars being paid to doctors to pimp Pharma's drugs to you and your children.

But before I get into vaccines, I want to show you a few examples of how the media manipulates information. I promise it will be well worth your time.

What Can a Comedian Teach Us About Propaganda?

Sometimes comedy can teach us complex topics in a matter of seconds, as is the case with American comedian Conan O'Brien. His editors have put together video clips show how you are manipulated by "independent" news stations repeating the same message. This is considered typical propaganda.

As you are watching these videos, imagine how Big Pharma influences the messages of your doctor and medical organizations.

Where Can You Enjoy Cyber Monday Sales?

I Scream, You Scream Edition

The End Of E-mail Overload?

What Cigarettes Do You Smoke, Doctor?

Before I show you the vaccine clip I put together, I want to let you in the secret I promised to you.

Edward Bernays also worked for the American Tobacco Company. Ever heard of the term "tobacco science?"

The reason for showing you this clip is to demonstrate to you the handy work of Bernays. Doctors are being used as tools to push science funded by the tobacco companies, just like Bernays described they would be.

Propaganda and the Polio Vaccine

The polio effort was a benchmark for the public to mentally accept the concept "shots prevent disease" and conquered by science.

However, hidden to most Americans was an elaborate Public Relations scheme being carefully and methodically applied to their psyche. Propaganda was used heavily to promote the National Foundation for Infantile Paralysis and the March of Dimes solution to the polio epidemics: a vaccine.

This clip is just a small taste of how American citizens were blanketed with vaccine propaganda.

I hope you can see after watching this clip, the methods used today are similar to the ones used in the 1940s and 1950s.

Edward Bernays had this to say about the use of video or motion pictures in his book Propaganda:

The big picture is that the Polio Scare Campaign would provide the everlasting foundation for all the future vaccine programs. Is it by chance the hypnotic words "life saving" and "safe and effective" became synonymous with the word "vaccine" after the polio campaign?

If you don't believe me, start questioning any vaccine. You will find the most common knee-jerk reaction you get is, "What about polio?"

This isn't to deny children had acute flaccid paralysis, known as polio.

However, there is plenty of evidence available in the scientific medical literature showing vaccines had very little to do with its decline. This topic will be covered more in future articles. If you want a head start, do a search for a paper entitled The Relation Between Recent Injections and Paralytic Poliomyelitis in Children. [3]

The point of this article is to highlight the techniques used by the media, especially using doctors and celebrities to push the pharmaceutical agenda. This tactic certainly can be seen front and center, as there is currently a massive push in the media to deny any link between vaccines and autism.

It certainly doesn't appear much has changed since the 1950s, has it?

With that, I'd like to end with two actions I want you to take right now.

Jeffry John Aufderheide started VacTruth.com in May of 2009.

Jeffry was a rescue swimmer in the United States Navy and held a Top Secret clearance. In 2000, he was honorably discharged from the Navy and a year later started his family. In 2001 his first son, Brandon, was born. Twenty one vaccines later, his son stopped reaching his developmental milestones.

After extensively researching the vaccine literature, he discovered parents are often feared into getting their child vaccinated. Because parents are not given complete information by their doctors, his message and mission is to alert parents to investigate the information for