Views 23397
Posted on:
Tuesday, December 10th 2013 at 10:00 am
Written By:
Sinfully Wholesome
This article is copyrighted by GreenMedInfo LLC, 2013
Visit our Re-post guidelines 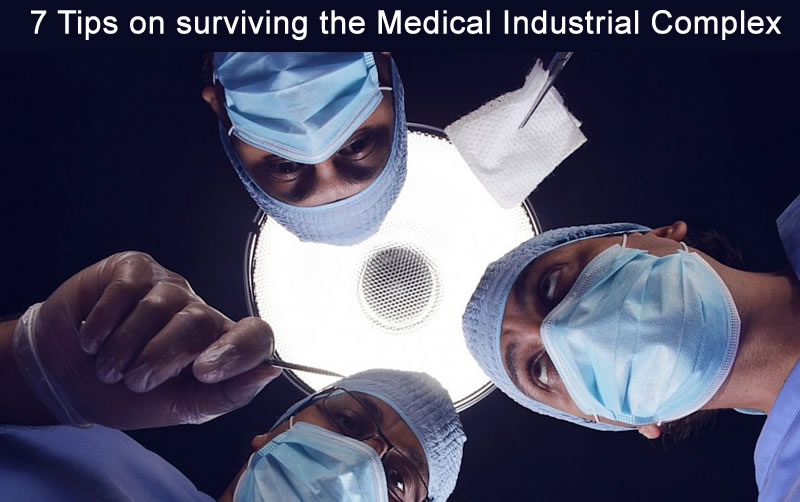 "Unless we put medical freedom into the constitution the time will come when medicine will organize into an undercover dictatorship and force people who wish doctors and treatment of their own choice to submit to only what the dictating outfit offers." ~ Dr. Benjamin Rush 1787 (Founding Father, signer of the Declaration of Independence.)

"200,000 to 400,000 deaths per year from preventable harm in hospitals" reports "A New, Evidence-based Estimate of Patient Harms Associated with Hospital Care" published in the Journal of Patient Safety September 2013.

"It seems that every time researchers estimate how often a medical mistake contributes to a hospital patient's death, the numbers come out worse." laments Scientific American

Yet, with the notable exceptions of The Wall Street Journal, Scientific American and a tiny handful of other sources, the Main Stream Media is silent on this critical issue.

"When there is a plane crash in the U.S., even a minor one, it makes headlines. There is a thorough federal investigation, and the tragedy often yields important lessons for the aviation industry. Pilots and airlines thus learn how to do their jobs more safely.

The world of American medicine is far deadlier: Medical mistakes kill enough people each week to fill four jumbo jets. But these mistakes go largely unnoticed by the world at large, and the medical community rarely learns from them." The WSJ goes to the say in their excellent article titled "How to Stop Hospitals From Killing Us."

Doesn't the CDC have a responsibility to tell you that occasionally seeking conventional medical treatment will kill you faster than driving your car (34,080 deaths by auto accident 2102), day in and day out every day of your life?

Why the cover up?

The media is quick to publish spurious reports such as:

"GMOs Are Nothing to Fear" says The US News and then goes on to say Italian scientists recently read and summarized 1,783 scientific studies to conclude that there is, in fact, scientific consensus around the safety of genetically modified organisms. "The scientific research conducted so far has not detected any significant hazards directly connected with the use of genetically modified crops," they concluded, agreeing with the World Health Organization, the Food and Drug Administration and the American Medical Association"

(Read an excellent rebuttal to the above MSM (Main Stream Media) rubbish here on GreenMedInfo in an article titled "There is No Scientific Consensus on GMO Safety" by Jonathan Latham, PhD).

The World Health Organization, the CDC, the Food and Drug Administration (FDA) and the American Medical Association all are involved in the biggest cover up of the century.

"To what end?" you might ask. The self interests and profiteering of the Medical Industrial Complex. The US has the highest expenditures on health as a % of GDP in the World.

In 1961 the outgoing President Dwight D. Eisenhower, warned the nation and the world of the dangers inherent in a Military Industrial Complex. And for good reason. One only needs to glance at the headlines in the newspapers on any given day to confirm Eisenhower's presentience in the dangers of allowing the intertwining of self-serving corporations and the Pentagon.

According to one estimate there have been 7.8 million iatrogenic (deaths caused by medical examination or treatment) deaths over a 10 year period in the US -  More than all the casualties from all the wars fought by the US throughout its entire history.

Dr. Benjamin Rush a Founding Father of America and a signer of the Declaration of Independence was right. America's Medical Industrial Complex has organized itself  into an undercover dictatorship and is now "controlling the shots", in every sense of that expression. And they are more deadly that all of the shots fired in all of the wars that America has ever been involved in.

And just like the Military Industrial Complex's revolving door between the Arms Manufacturers, Defense Contractors, their Lobbyists and Elected Officials, the Pentagon and Wall Street, the Medical Industrial Complex has it's own spider web interconnecting Big Pharm, Big Agra the Personal Care Products Industry and their Lobbyists to Elected Officials, the FDA, EPA, WHO, the CDC, the AMA and Wall Street.

And one doesn't have to look to far to see the evidence of the Medical Industrial Complex's influence on elected officials at the highest of levels:

In his health care agenda drafted as a presidential candidate, Obama made this pledge: 'Require providers to report preventable medical errors, and support hospital and physician practice improvement to prevent future errors.'" Since being elected he has done nothing of the kind. Reported the Houston Chronicle in 2009

In the Big Agra business, Monsanto has recently been successful in  lobbying to cover up studies that linked GMO corn with problems in kidney, liver, heart, adrenal gland, spleen and hematopoietic system functions in rats.

The journal Food and Chemical Toxicology (FCT) published the study. But in November of 2013, Elsevier, the publisher of the journal, announced the retraction of the study. which incited a group of 28  scientists from six different countries who are outraged over the retraction to write a letter of protest to Elsevier. See: Journal Retraction of Séralini GMO-Cancer Study Is Illicit, Unscientific, and Unethical.

In the Personal Care Products industry, which by the way is a "Self Regulating Industry" (meaning it has no government oversight whatsoever), flatly refuses to publish the ingredients of "fragrances" on their product labels. Or when taken to task by citizen action groups like the Campaign for Safe Cosmetics over the toxicity of the ingredients in their products, blithely says that they know that their ingredients are toxic and promise to remove the toxic ingredients from their formulations at sometime in the future. Usually within 2 - 5 years.

What other industry, except a "Self Regulating Industry", could get away with saying; Yeah, we know that we are poisoning our customers, and we promise to stop doing that ... when we get around to it?

What's a healthcare consumer to do when faced with this overwhelming level of corruption and profiteering at the expense of their health and lives?

There is a silver lining here, if you look for it. Unlike the Military Industrial Complex, where an individual citizen has little hope of changing things on their own, when facing the Medical Industrial Complex you can take control back if you assume personal responsibility for your own health care.

1) First and foremost, educate yourself. One of the best resources available is right here at GreenMedInfo. Take out a membership   Subscribe to the GreenMedInfo Newsletter  Join GreenMedInfo on Facebook

3) See a Nurse Practitioner whenever available. They have different training, and will spend more time with you (on average) than a physician will. Moreover their patient-centric communication style is associated with improved patient outcomes.

4) Involve your pharmacist in your care. If you have to take prescription medications ask good questions of your pharmacist. What are the side effects?  Are there any conflicts with the medications I'm already taking? What are the contraindications (a specific situation in which a drug should not be used because it may be harmful to you)? What happens if I miss a dose? etc.

5) Get a second opinion. And not just from the practitioners of conventional medicine. Consult Acupuncturists, Chiropractors, Dieticians, Herbologists, Holistic Healers, Naturopaths etc.

6) If you have to go visit your doctor or go to a hospital, bring a friend or family member with you to be your personal patient advocate.

7) And of course the best way to survive the Medical Industrial Complex is to Stay Healthy:

And last, but not least, Take care of the environment reports Scientific American in a new study that examines the links between environmental degradation and human illness.