Medicine as a Religion 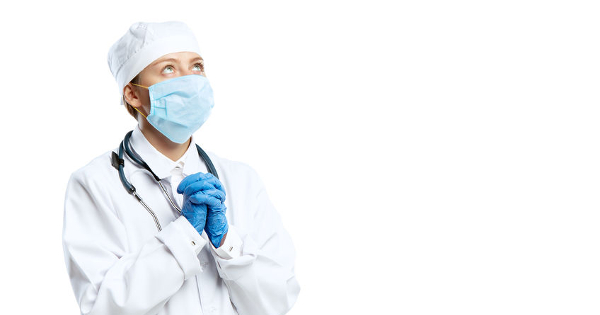 That science has become the religion of our time, what men think they believe, has long been evident. In the modern West three great belief systems have coexisted and to some extent still coexist: Christianity, capitalism and science. In the history of modernity, these three "religions" have necessarily crossed each other several times, entering into conflict from time to time and then in various ways reconciling, until they progressively reach a sort of peaceful, articulated coexistence, if not a real collaboration in the name of common interest.

The new fact is that between science and the other two religions an underground and relentless conflict has reignited without us realizing it, the victorious results of which for science are today before our eyes and determine in an unprecedented way all aspects of our existence. This conflict does not concern, as in the past, theory and general principles, but, so to speak, cultual practice. In fact, like every religion, science too knows different forms and levels through which it organizes and orders its own structure: the elaboration of a subtle and rigorous dogmatics corresponds in practice to an extremely broad and capillary sphere of worship which coincides with what we call technology.
It is not surprising that the protagonist of this new religious war is that part of science where dogmatics is less rigorous and the pragmatic aspect stronger: medicine, whose immediate object is the living body of human beings. Let us try to establish the essential characteristics of this victorious faith with which we will have to deal increasingly.

1) The first feature is that medicine, like capitalism, does not need any special dogmatics, but merely borrows its fundamental concepts from biology. Unlike biology, however, it articulates these concepts in a Gnostic-Manichean sense, that is, according to an exasperated dualistic opposition. There is a god or an evil principle, the disease, in fact, whose specific agents are bacteria and viruses, and a god or a beneficial principle, which is not health, but healing, whose cultic agents are doctors and therapy. As in any Gnostic faith, the two principles are clearly separated, but in practice they can become contaminated and the beneficial principle and the physician who represents it can err and unwittingly collaborate with their enemy, without this in any way invalidating the reality of dualism and the need for the cult through which the beneficial principle fights its battle. And it is significant that the theologians who must establish its strategy are the representatives of a science, virology, which has no place of its own, but is situated on the border between biology and medicine.

2) If up to now this cultic practice was, like every liturgy, episodic and limited in time, the unexpected phenomenon we are witnessing is that it has become permanent and all-pervasive. It is no longer a question of taking medicines or undergoing a medical examination or surgery when necessary: ​​the whole life of human beings must become the place of an uninterrupted cultic celebration at every moment. The enemy, the virus, is always present and must be fought incessantly and without possible respite. The Christian religion also knew similar totalitarian tendencies, but they concerned only a few individuals - monks in particular - who chose to place their entire existence under the banner of "pray without ceasing". Medicine as a religion takes up this Pauline precept and, together.

3) The practice of worship is no longer free and voluntary, exposed only to sanctions of a spiritual nature, but must be made mandatory by law. The collusion between religion and profane power is certainly not a new fact; It is entirely new, however, that it no longer concerns the profession of dogmas, as was the case with heresies, but exclusively the celebration of worship. The profane power must ensure that the liturgy of the medical religion, which now coincides with the whole of life, is duly observed in fact. That we are dealing here with a cultic practice and not a rational scientific need is immediately evident. By far the most frequent cause of mortality in our country are cardio-vascular diseases and it is known that these could decrease if you practice a healthier way of life and if you stick to a particular diet. But it had never occurred to any doctor that this form of life and diet, which they recommended to patients, would become the subject of a legal regulation, which decreedex lege what to eat and how to live, transforming the whole existence into a health obligation. Precisely this has been done and, at least for now, people have accepted as if it were obvious to give up their freedom of movement, work, friendships, loves, social relations, their religious and political beliefs.

Here we measure how the two other religions of the West, the religion of Christ and the religion of money, have given the primacy, apparently without a fight, to medicine and science. The Church has purely and simply denied its principles, forgetting that the saint whose name the current pope took embraced lepers, that one of the works of mercy was to visit the sick, that the sacraments can only be administered in presence. Capitalism for its part, albeit with some protests, has accepted losses in productivity that it had never dared to take into account, probably hoping to later find an agreement with the new religion, which on this point seems willing to compromise.

4) The medical religion has unreservedly collected from Christianity the eschatological instance that it had dropped. Capitalism, by secularizing the theological paradigm of salvation, had already eliminated the idea of ​​an end of time, replacing it with a state of permanent crisis, without redemption or end. Krisis is originally a medical concept, which designated in the Hippocratic corpus the moment when the doctor decided whether the patient would survive the disease. Theologians have taken up the term to indicate the Final Judgment which takes place on the last day. If we observe the state of exception we are experiencing, we would say that the medical religion combines the perpetual crisis of capitalism with the Christian idea of ​​an ultimate time, of an eschatonin which the extreme decision is always in progress and the end is both precipitated and delayed, in the incessant attempt to be able to govern it, but never resolving it once and for all. It is the religion of a world that feels at the end and yet is unable, like the Hippocratic physician, to decide whether it will survive or die.

5) Like capitalism and unlike Christianity, the medical religion does not offer prospects of salvation and redemption. On the contrary, the healing it aims at can only be temporary, since the evil God, the virus, cannot be eliminated once and for all, rather it changes continuously and always takes on new forms, presumably more risky. The epidemic, as the etymology of the term suggests ( demos is in Greek the people as a political body and polemos epidemiosin Homer the name of the civil war) is first of all a political concept, which is preparing to become the new terrain of world politics - or non-politics -. Indeed, it is possible that the epidemic we are experiencing is the realization of the world civil war which according to the most attentive political scientists has taken the place of the traditional world wars. All nations and peoples are now permanently at war with themselves, because the invisible and elusive enemy with which they are fighting is within us.

As has happened several times in the course of history, philosophers will again have to enter into conflict with religion, which is no longer Christianity, but science or that part of it which has taken the form of a religion. I do not know if the fires will be lit again and books will be put on the index, but certainly the thought of those who continue to seek the truth and reject the dominant lie will be, as is already happening before our eyes, excluded and accused of spreading false news (news, not ideas, since news is more important than reality!). As in all moments of emergency, real or simulated, the ignorant will again be seen slandering philosophers and scoundrels trying to profit from the disasters they themselves have caused. All this has already happened and will continue to happen.