Messengers of Gates' Agenda: How the Cornell Alliance for Science Spreads Disinformation on Behalf of the Bill and Melin 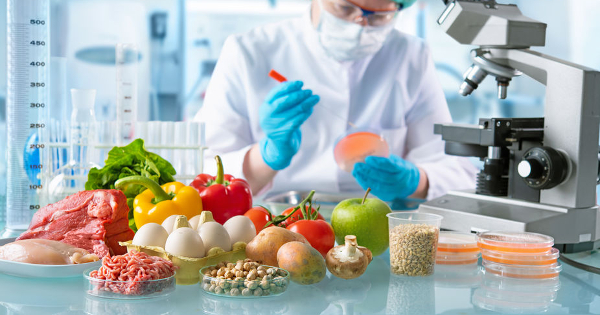 In October of this year, the Cornell Alliance for Science (CAS) hosted a webinar on "agroecology," a concept that has attracted growing attention in recent years. Agroecology is a transdisciplinary science, practice, and social movement that offers a pathway for food system transformation. Yet, as soon as the webinar began, the moderator contrasted "scientific" definitions of agroecology as legitimate whereas social movement type definitions were labeled "ideological." From what we have learned about the Cornell Alliance for Science, this was not surprising; the webinar was just their latest tactic in what is a well-funded disinformation campaign to co-opt and neuter the transformative concept of agroecology, while promoting agribusiness-driven solutions to agriculture through proprietary science and technological innovation. In fact, it was for this very reason that just three days before, two agroecologists that had been invited to participate stepped down from the panel, citing bias.

The Cornell Alliance for Science was founded with funding from the Bill and Melinda Gates Foundation (BMGF), which has emerged over the past decade as perhaps the single most influential actor in an ever-intensifying battle over the future of food and agriculture. 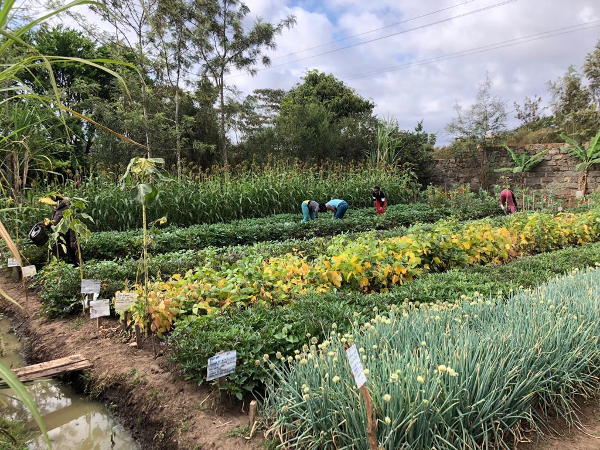 The BMGF has been pumping major funding into industrial agriculture while also creating powerful alliances seeking to reconfigure global governance of the food system. While some of the Gates Foundation's agriculture-related activities are drawing increasing scrutiny, we recently examined an important but under explored aspect of BMGF's strategy: How it is framing food system debates, shaping how issues are communicated, and fostering a new generation of 'leaders' to carry forward its mission.

Our report, Messengers of Gates' Agenda: A Case Study of the Cornell Alliance for Science Global Leadership Fellows Program, demonstrates how the Gates Foundation achieves these aims by commissioning CAS to train communications professionals to disseminate biotech industry propaganda, including by discrediting agroecology; all masquerading as promoting and advancing science. CAS thereby uses its affiliation with Cornell, the only ivy league institution that is also a land-grant college, to claim scientific neutrality while assiduously promoting communications aligned with agribusiness.

Housed in Cornell's College of Agriculture and Life Sciences in Ithaca, New York, CAS was launched in 2014 via a $5.6 million grant from the Gates Foundation. Its stated mission is "to promote access to scientific innovation as a means of enhancing food security, improving environmental sustainability and raising the quality of life globally."[1] According to CAS director Sarah Evanega, CAS aims to "depolarize the GMO debate and engage with potential partners who may share common values around poverty reduction and sustainable agriculture, but may not be well informed about the potential biotechnology has for solving major agricultural challenges."[2]

The Gates Foundation granted an additional $6.4 million to CAS in 2017, and, in Sept 2020, $10 million more.[3] BMGF remains the overwhelming primary funder of CAS to date, although fifteen additional institutional and individual contributors of $1000 or more are listed on the CAS website.

CAS describes its main strategies as a) establishing a global network; b) "training with a purpose"; and c) developing multimedia communications on agricultural biotechnology. These strategies come together through its Global Leadership Fellows Program, a 12-week intensive training course held each year at Cornell. This brings together 20-30 young professionals, mainly from the Global South, and particularly Africa. While the geographical reach of the program has been broadening, the majority of fellows - 60% in 2019 - were of African origin, in keeping with prior years (See Figure 1). Moreover, examination of the fellows' affiliations indicate multiple linkages with BMGF. Cross checking the fellows' affiliations with grant disbursement data provided on the BMGF website, we can see that 34% of all the African fellows from 2015-2019 were associated with organizations that received funding from BMGF. Together, organizations connected to the fellows received over $712 million from BMGF from 2003 through 2019.

"Alliance for Science" is a Misnomer

The strong overlap between the groups funded by BMGF for its agricultural development projects and the CAS fellows gives additional meaning to the CAS strategy of building a global network, begging the question, whom does this network serve, and toward what ends?

Given these linkages, it comes as little surprise that there are strong parallels between the types of technologies promoted by BMGF through its agricultural investments and the messages coming from CAS and its fellows. In analyzing the work put out by CAS and its fellows, an obvious pattern emerges: an uncritical promotion of biotechnology. Furthermore, in a distortion of scientific methodology and its own stated purpose, this position is not vetted against any diverging ones. What adds power to the narratives of CAS it is that its messages appear not to be coming from BMGF or from its agribusiness partners directly, but from mostly young, African voices that make up its Fellowship Program, ostensibly informed by their lived experiences and claimed scientific rigor, provided by the affiliation with Cornell.

The patent bias of CAS has similarly been critiqued by members of the Cornell faculty,[4] student body[5] and broader Cornell and Ithaca community. According to Jonathan Latham of the Ithaca-based Bioscience Resource Project, "Of several hundred talks at Cornell sponsored by the Alliance, only one has ever offered a contrary view. Worse, most of its guests are simply corporate propagandists who have nothing, academically, to offer. For an organization that claims to be a promoter of debate, that it is a remarkably lop-sided record."[6]

This matters in terms of how these messages are received by the public. Communications studies have demonstrated that the public is more likely to be receptive to a message when it believes it has come from independent scientists as opposed to originating with industry.[7] Perhaps this is why CAS goes to great lengths in its publicity materials to distance itself from the biotech industry, despite its industry links.[8]

In all, it seems obvious that, through its funding for the Cornell Alliance for Science, the Bill and Melinda Gates Foundation is seeking to shape public opinion in favor of adopting GMOs and corporate agriculture. A key communications strategy of CAS is to promote narratives in which biotechnology is equated with 'science'. Conversely, critiquing biotechnology is equated with being 'anti-science.' In our case study, we teased out how this strategy was employed by one CAS Fellow, Nassib Mugwanya, in his  February 2019 article entitled 'After Agroecology: Why Traditional Agricultural Practices Can't Transform African Agriculture'. We identified four false narratives employed by Mugwanya: Agroecology can be characterized as a particular, limited set of agricultural practices; it involves a glorification of the past and a rejection of the modern; it is being imposed upon African farmers from outside of Africa, and it will keep farmers locked into poverty and drudgery.

The overall message left with readers of Mugwanya's article can be summed up as follows: Agroecology is being foisted upon unsuspecting African farmers from the outside - by wealthy NGOs that romanticize peasant lifestyles. Claims of the benefits of agroecology are not well grounded in science. What farmers really need is biotech and accompanying technological packages, and agroecology is dangerous and immoral for serving as an impediment to this. It is important for agroecology advocates in Africa and elsewhere to understand that this is the type of messaging they are up against - packaged to represent the cutting edge of science-based communication.

That the attacks on agroecology by CAS are coming at the same time that there is a mounting global scientific consensus around the merits of agroecology is no coincidence. Studies have demonstrated that perceived scientific consensus is a key factor in influencing public support on a given issue and that this tends to encourage counter-efforts around "the 'manufacture of doubt' by political and vested interests."[9] As momentum continues to build around agroecology, its advocates can be certain that further smear campaigns and other attempts to manufacture doubt will continue.

It should come as no surprise that philanthro-capitalists like Bill and Melinda Gates fund propaganda to further the corporate-controlled agricultural model that their foundation promotes. Beware the messengers of their agenda, who are the graduates of the Cornell Alliance for Science Global Fellows program.

Download the 34 page report, published August 2020: Messengers of Gates' Agenda: A Case Study of the Cornell Alliance for Science Global Leadership Fellows Program. By AGRA Watch, a campaign of the Community Alliance for Global Justice (CAGJ) which is based in Seattle, Washington, USA. Heather Day is Executive Director of CAGJ.

[1] Cornell Alliance for Science. no date. Our Mission. https://allianceforscience.cornell.edu/about/mission/

[8] See, e.g., Malkan, S. Cornell Alliance for Science is a PR Campaign for the Agrichemical Industry.  https://usrtk.org/our-investigations/cornell-alliance-for-science-is-a-pr-campaign-for-the-agrichemical-industry/ and Latham, J. 2015. The Puppetmasters of Academia (or What the NY Times Left out). https://www.independentsciencenews.org/science-media/the-puppetmasters-of-academia-ny-times-left-out/.