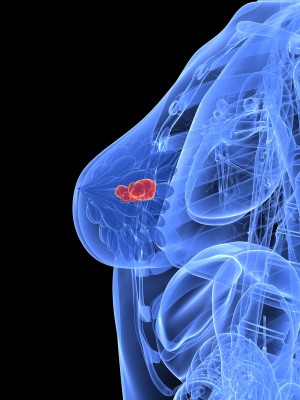 Metals like aluminum have been linked to breast cancer for some time, but new research is confirming the existence of an entirely new class of cancer-causing estrogens known as "metalloestrogens," and which are in thousands of consumer products -- some which are even used in supplements and foods as "nutrients"...

A new study published in journal Cancer Research reveals that dietary cadmium exposure increases the risk of postmenopausal breast cancer, confirming earlier research that a broad range of metals we are now being increasingly exposed to represent an emerging class of metalloestrogens with the potential to add to the estrogenic burden of the human breast.

In a 2006 report published in the Journal of Applied Toxicology, researchers found that the following metals were capable of binding to cellular estrogen receptors and then mimicking the actions of physiological estrogens: "aluminium, antimony, arsenite, barium, cadmium, chromium (Cr(II)), cobalt, copper, lead, mercury, nickel, selenite, tin and vanadate."

As we revealed in an earlier exposé on the use of toxic forms of selenium in USDA certified organic infant formula, exposure to sodium selenite (and sodium selenate) is difficult to avoid, as it is the primary source of supplemental selenium in mass market vitamins, foods, beverages, etc. The same is true for inorganic forms of chromium, copper, nickel, tin and and vanadium, which you will find on the labels of many mass market multivitamins.

Another daily source of metalloestrogen exposure for millions of consumers is aluminum-based antiperspirants. Investigations into the link between these personal care products and breast cancer risk came to a head earlier this year in a story we broke, and excerpt from below:

Aluminium salts used as antiperspirants have been incriminated as contributing to breast cancer incidence in Western societies. To date, very little or no epidemiological or experimental data confirm or infirm this hypothesis. We report here that in MCF-10A human mammary epithelial cells, a well-established normal human mammary epithelial cell model, long-term exposure to aluminium chloride (AlCl(3) ) concentrations of 10-300 µm, i.e. up to 100 000-fold lower than those found in antiperspirants, and in the range of those recently measured in the human breast, results in loss of contact inhibition and anchorage-independent growth." [emphasis added]

If a metal can exhibit carcinogenic properties at a concentration 100,000-fold lower than presently used in personal care products, it is critical that there be a paradigm shift in the way toxicological risk assessments are performed.

The problem is that humans are not mice, there are profound synergistic toxicities that are never accounted for when we are exposed to more than one chemical simultaneously, the LD50 does not indicate what constitutes a chronic/sublethal toxic dose or an acknowledgment that chronic toxic effects do occur at far lower doses, and mostly importantly for the purpose of this article, the concept of increasing toxicity as the concentration decreases is not even considered.

This, in fact, is what happens in certain types of radiation and petrochemical exposure. Low-dose radiation may be far more carcinogenic than high-dose radiation, which is why "early detection" through x-ray mammography is such a brutally dishonest practice, as it likely causes much more cancer than it is said to prevent.

This is also what happens with certain petrochemicals, e.g. bisphenol A, benzene, pthlatates, which is to say, they may be more toxic at lower concentration than higher ones, due to their hormone-mimicking, blocking and/or intensifying effects, as well as their ability to interact on a molecular level with cell surfaces and structures, which would not be possible were they aggregated in greater volumes or quantities. The entire field of nanotechnology, in fact, suffers from this counterintuitive problem: the smaller the size, the higher the potential toxicity or the greater the unintended, adverse health effects.

The problem of aluminum and similar metallogestrogen exposure, however, is greater than simply reforming manufacturers and consumer products. The military releases at least 500 tons of aluminum chaff annually during training within selected military operating areas in the United States, and only clandestine organizations know how much metal has been released into the environment in the name of "saving the earth" through "geoengineering." Indeed, in what is known as Atmospheric Aerosol Spraying, our environment has increasingly become saturated through with metal pollution. The problem has become so bad that biotech corporations have begun engineering aluminum resistant plants, since many soils have become too acidified due to metal contamination to adequately sustain plants that produce food.

In an effort to provide the public tools for empowerment in face of an increasingly overwhelming problem, GreenMedInfo.com has been accumulating research from the National Library of Medicine on substances that may reduce metal toxicity and/or encourages their detoxification. The relevant sections can be found below: