The Militarization of the CDC Zika, Money, Quarantine Power

Views 1326
Posted on:
Tuesday, September 6th 2016 at 11:45 am
Written By:
James Grundvig
This article is copyrighted by GreenMedInfo LLC, 2016
Visit our Re-post guidelines 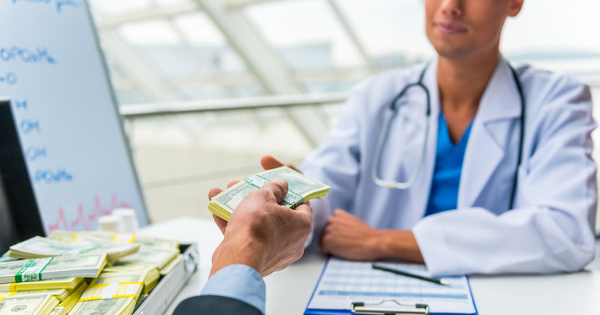 The federal government and the CDC keep trying to push the Zika vaccine narrative onto us in an attempt to convince us that their role in our lives is not only beneficial, but necessary. Now, it looks like they want to use that narrative to grab even more power.

In yet another end-round play by the Obama Administration, on Friday of Labor Day weekend where hot topics are dumped (Hillary Clinton’s email interview with the FBI) to go die before the next news cycle begins, it was announced that $300 million in “public health emergency” funding was earmarked for Japan’s Takeda to manufacture a new Zika vaccine.

No need for Congress to vote on the appropriation; an executive order did the trick. The Biomedical Advanced Research and Development Authority (BARDA), which is helping the FDA screen donated blood against the Zika virus, was the agency from where President Obama found the $300 million in “emergency” funds to execute the backdoor deal. By offshoring the vaccine, there will be zero Congressional oversight, while no U.S. media outlet or lawyer group will be able to discover, by invoking FOIA requests, what will be injected into that rushed Zika vaccine made in Japan.

Zika Breakthrough Dies, because it’s Not a Vaccine

Even more perplexing than the CDC coup—who for a change didn’t want the publicity for their big move against the threat of Zika—was just five days earlier when Florida State University (FSU) announced a breakthrough to combat the mild African disease. FSU scientists had discovered that an existing (“cheap”), off-the-shelf remedy in a tapeworm antidote would suppress if not cure Zika in people who were sick enough to realize they have it. But outside second tier media outlets, the mainstream press didn’t want to cover the solution to Zika.

There is only one reason why the White House and the major media outlets didn’t trumpet the FSU discovery: It wasn’t the right solution. If it were a vaccine, it would have received the red carpet, playing on the nightly news stations, while being hailed a conquering hero. The same week, CNN chose to cover the 3 million bees that were liquidated by the Zika spraying in South Carolina; yet chose not to cover the FSU breakthrough.

What is up with that?

The Vaccine Deep State, is a Monolith that consists of all the major health agencies, from the WHO, CDC, NIH, FDA, IOM, and others, with the vaccine makers, together with the mainstream news—bought off by Big Pharma in the form of advertising revenue—have no interest in a Zika breakthrough, unless that solution begins with a ‘V’.

This revelation became clear when, also buried in mid August, the CDC via the Department of Health and Human Services (HHS) rolled out a proposed rule change. The 88-page document, Control of Communicable Diseases: Proposed Rule, (8-15-16, Vol. 81, No. 157, Federal Register), wants to grant the CDC full, super-constitutional powers in the event of a quarantine that only the health agency can call. [see our GreenMedInfo report: Apprehension, Detainment, and Vaccination for Suspicion of Infection: The CDC’s Quarantine Proposal]

The CDC wants to be granted full authority over all Americans during the event of a disease outbreak that leads to a mass quarantine. The document, Notice of Proposed Rulemaking (NPRM), is “open for comment” from the general public until October 14, 2016. Lucky us.

Deftly trying to skirt around Congress—again—from dissecting the proposed rule changes, debating them, voting on them, and making some or all of them into law, such a flagrant power grab by the Centers of Disease Control (CDC) was designed to shrink the timeline for public discourse, while giving the appearance that the changes are minor, just simple adjustments from existing law on the agency’s limited authority in the event of a communicable disease emergency.

Published in mid August and buried again during the noise of the presidential election three weeks before Americans vote, the NPRM, if approved, would elevate the CDC’s power to the Fourth military-intelligence agency in the United States, right behind the NSA, CIA, and the Department of Defense (DoD).

The rule changes are designed to divide and conquer groups, lovers, friends, and families, from husband and wife, brother and sister, to parents and guardians from their children.

In short, the CDC will take full authorship of your life.

From the NPRM, on privacy and surveillance, it states: “When an apprehension occurs, the individual is not free to leave or discontinue his/her discussion with an HHS/CDC public health or quarantine officer.” (NPRM, pg. 10).

“The Secretary’s authority to allow for the apprehension, examination, detention, and conditional release of individuals is limited to those communicable diseases specified in an Executive Order of the President.” (NPRM, pg. 5)

“Those communicable diseases, as of this NPRM include:

Since CDC will have total, unfettered power, it can add or delete (not likely, polio even when eradicated will be one vaccine away) any disease that fits their criteria. The process would be opaque or hidden by “national security” or emergency declarations.

So if the rules changes are approved, by 2020 the Zika virus, measles, and seasonal flu will be added to the “quarantinable” list of diseases. That’s just for starters. And those jabs will be given to the sick, elderly, dying, mentally impaired, babies, pregnant women, infants, children, teenagers, and adults of all races, creeds, and socioeconomic backgrounds.

By owning such discretion, the CDC won’t have to test for the safety and efficacy of vaccines (on the list) anymore. Just fast track them, ramp up production, and spread them out far and wide like the infectious diseases they purport to give immunity to.

Talk about the Big Pharma jackpot of drug pushing, this NPRM is the meal ticket of the century.

On federal orders, these beauties will be CDC nirvana:

“CDC conducts a mandatory reassessment 72 hours after the service of all Federal orders for quarantine, isolation, or conditional release. A medical review is part of the administrative appeals process whereby an individual under a Federal order may request a separate medical review of his/her case after the mandatory reassessment is complete.” (NPRM, pg. 12)

“Without the NPRM, HHS/CDC may issue Federal orders to restrict travel for persons infected or exposed to quarantinable communicable diseases. However, this process is less transparent and efficient than allowing travel (i.e. issue travel permits to allow interstate travel to persons under Federal orders for diseases not currently identified under existing

42 CFR 70.5.) Under current practice, HHS/CDC issues approximately one Federal order per year, most frequently for tuberculosis, which is a disease not included in the current.

On “consent,” the HHS NPRM states:

Among other elements of power the CDC will gain, include checkpoints, fines, penalties and imprisonment, as well as other violations, real or imagine.

"The NPRM further authorizes expanded forms of public health monitoring, beyond an in-person visit by a public health officer, for individuals who are reasonably believed to be exposed to or infected with a quarantinable communicable disease and subject to a conditional release order. This would include monitoring through electronic and internet-based means, such as email and webcam application tools.” (NPRM, pg. 3).

Without blushing or trying to bury the blatant spying on Americans section in the fine print, the NPRM spits out its intent to own you both physically and electronically—your communications, personal and private information.

So when one is quarantined in the near, near future, he or she might as well hand over their laptops, PCs, iPads, tablets, MS-Surface devices, , cell- and smartphones, flash-drives, external hard-drives, and their passwords for cloud storage docs, in effect the whole bowl of rice and main courses, too.

Your rights, freedom, and liberty will be snuffed out for good.

In the tens of thousands of words, dozens of references to existing case law, suits, laws on the books, and all that was put into this document over the past six to nine months, the word “Zika” cannot be found in the 88-page NPRM.

People might say that the Zika virus is new, and that it hasn’t become the global threat until recently—President Obama brought it up this week at the G-20 Summit in China—but the more likely scenario is this:

The NPRM was designed not to alarm or trip the Klaxon siren, but to put out some logical (in their mind), innocuous quarantine rule changes that will meet the challenges of the rapidly developing world of the 21st century.

The reality is the mainstream press has been gobbling up Zika news all year long, instilling fear in people, sacrificing bees and Florida tourism to the non-birth defect disease.

No need to draw attention to Zika or alarm people anymore than necessary with the new pandemic on the horizon.

After CDC gains new militarized power, you can bet your life savings that Zika will be added to the list of communicable diseases. And there won’t be a thing you can do about it, except take the vaccine, suffer the penalties or flee to country.

All those scenarios suck.

From the ACLU’s review of state and federal laws pertaining to the Ebola outbreak, in its report, Fear, Politics and Ebola: How Quarantines Hurt the Fight Against Ebola and Violate the Constitution, (12-1-15), they lay out the mistakes and consequences (e.g., costs) that come with unnecessary quarantines.

From the ACLU report:

“The report correctly places responsibility for the ensuing panic squarely at the feet of our nation’s political leaders. Through sheer or willful ignorance, or simple political expediency, many governors enacted quarantine measures and other restrictive policies that not only misled the public, but threatened to actually undermine—rather than protect—public health both at home and in Ebola-affected countries.”

“Nearly 40 years of encounters with Ebola have shown that infected patients do not transmit the disease before symptoms appear.”

“There was little room in the political sphere or popular media for rational discussion of Ebola.”

“‘We don’t ask if hepatitis B will mutate to become airborne, so why do we ask it for Ebola?’

In other words, the ACLU saw the failure by the CDC to deal with the Ebola outbreak as an “overdue national reckoning.”

Just imagine the mild but infectious diseases, like Zika and measles being “quarantinable” if the CDC is granted new, super-constitutional powers. Your life, as you used to know it, will effectively be over.

In review of this century’s failures by the CDC, from the runaway Autism epidemic and the fumbling of the Ebola crisis, to falsely promoting Zika as the next global threat to humanity, the CDC should be stripped of power, not granted more.

To learn more about adverse effects linked to Vaccinations, use the GreenMedInfo.com Research Dashboard:

James Grundvig is an author, investigative journalist, and COO and founder of a blockchain startup Myntum Ltd., based in Dublin, Ireland. As an author, his debut book Master Manipulator: The Explosive True Story of Fraud and Embezzlement at the CDC, breaks open the Poul Thorsen circle of corruption.
Disclaimer: This article is not intended to provide medical advice, diagnosis or treatment. Views expressed here do not necessarily reflect those of GreenMedInfo or its staff.