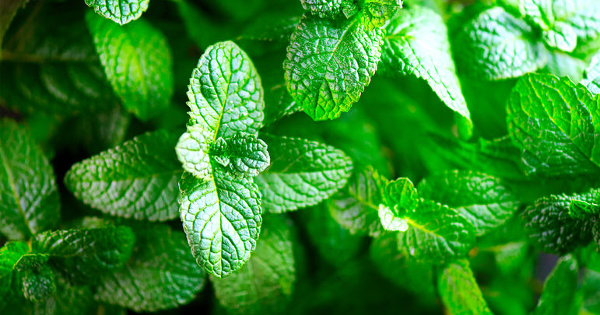 As our bodies age, our memory and cognitive powers often decline and grow weaker too. That is, unfortunately, a normal part of aging. Aging memory can range anywhere from the expected Age-associated memory impairment (AAMI) to the unexpected and debilitating Alzheimer's disease.

10% of Americans over 65 are believed to fall within the diagnostic category of Alzheimer's disease, climbing to a seemingly impossible 50% of all people over 85. Death rates associated with Alzheimer's have increased by 55% between 1999 and 2014. Safe and effective solutions are badly needed.

Several natural herbs and nutrients have shown great promise for aging memories and Alzheimer's. Some of the best known include Gingko biloba, bacopa, vitamin E and phosphatidylserine.

But recent research is suggesting that new help could come from an unexpected place: mint. Several members of the mint family have been shown to have digestive benefits, calming benefits and antiviral benefits. But memory and cognition may be an unexpected area of benefit. Several members of the mint, or lamiaceae, family are turning out to be among the most promising herbs for memory and Alzheimer's.

Ever hear of the herb dracocephalum? Neither had we. Until scientists in Iran released it as "the world's first herbal medicine" for Alzheimer's disease. And, guess what family dracocephalum is in. You guessed it: it's a mint.

Iranian scientists conducted a series of placebo-controlled clinical trials that included 42 people with early-onset to moderate Alzheimer's disease. The results showed that after 4 months on dracocephalum, there was an "obvious and notable" improvement in the mental state of the patients. They also found considerable reductions in anxiety and irritability. They analyzed symptoms including forgetfulness, recognition rates and mental state as well as side effects.

Dracocephalum is a mint that may protect acetylcholine almost as well as drugs, that also has antioxidant properties, and that improves memory. That clue points to mints for memory. And, it turns out, that clue leads to a whole trail of clues.

The second clue is all in the name. "Sage" means to be of profound wisdom. Sage is also a herb in the mint family. Was it called sage because it made you wise, because it improved memory and mind?

As the name suggests, sage has a long history of being associated with improving memory. And now science has started to confirm that use. Sixty drops a day of sage extract for 4 months lead to significant improvement in people with mild to moderate Alzheimer's who are between the ages of 65 and 80. While Alzheimer's scores climbed by 22% in the group given a placebo, they went down by 26% in the group given sage. Research reveals that sage can, like dracocephalum, prevent the breakdown of the neurotransmitter acetylcholine.

A double-blind study of sage found that a single dose of 333mg of sage extract taken one time significantly enhanced memory and attention compared to a placebo in healthy older adults with an average age of 73.

The third clue came from Shakespeare. "There's rosemary, that's for remembrance," Ophelia says in Hamlet. And, it turns out, she was right. Rosemary is loaded in antioxidants and it has several compounds that prevent the breakdown of acetylcholine.

In a double-blind study of a single dose of rosemary leaf powder, 750mg significantly improved speed of memory compared to a placebo when it was given to healthy older adults with an average age of 75. A much larger dose of 6000mg was ineffective, showing, interestingly, that levels around the amount you would traditionally use in cooking may be best for improving cognitive function.

Lemon balm is another herb in the mint family. In double-blind research, a single dose of 1600mg of dried lemon balm leaf improved memory and calmness compared to a placebo.

When a lemon balm extract was put to the test in people with Alzheimer's, cognitive function improved significantly compared to the placebo and agitation was reduced. The dose was 60 drops of extract, and all the people in the study were between 65 and 80 and had mild to moderate Alzheimer's.

A recent double-blind study combined 290mg of lemon balm extract with 27mg of boswellia extract and gave it to 70 older people who did not have Alzheimer's disease. At the end of the 30 day study, compared to placebo, there was significantly greater improvement in auditory immediate memory, immediate memory and total memory.

At last a mint with the word "mint" in its name.

The cognitive benefits of mints may be because of polyphenols in this family of plants, like rosmarinic and salvianolic acids, which have been shown to have anticholinesterase and antioxidant activity, as well as additional neuroprotective effects.

So, researchers decided to look at a spearmint extract that was rich in rosmarinic acid. The double-blind study included 87 people with AAMI. This type of worsening of memory is associated with normal aging and seems to come with sleeping worse and mood issues. Each person was given either a placebo or 900mg a day of the spearmint extract for 90 days.

This study suggests that 900mg a day of spearmint extract could help not only the cognitive problems that come with aging but with the sleep and mood problems that accompany it.

Working memory seems to decrease with age, starting in early adulthood. Some research has suggested that working memory actually worsens by 10% per decade once you hit 40. So, a herb that could enhance working memory by a significant 15% would be very valuable news: it means that spearmint could buy your memory back the equivalent of over a decade of life.

So, whether its spearmint, sage, rosemary, lemon balm or the exotic dracocephalum, herbs in the mint family may be an important new source of hope for the weakening memory of aging and for Alzheimer's disease.