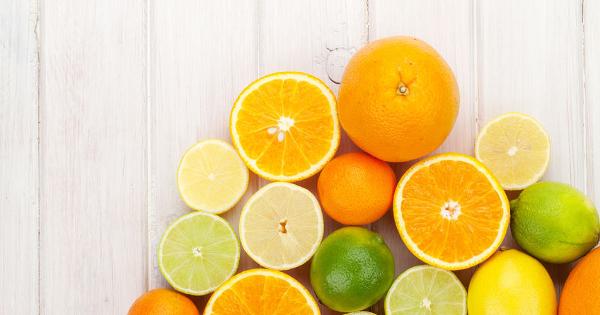 Modified Citrus Pectin is an important adjunct for patients with cancer and other inflammatory diseases, with close to 40 published peer reviewed papers demonstrating remarkable success

Galectin-3 (Gal-3) is an active biomarker gaining significant attention in the published scientific literature for its causative role in fibrosis and degenerative diseases, including metastatic cancer, heart disease and others. Over 8,000 preclinical and clinical studies demonstrate the mechanisms by which Gal-3 drives pro-inflammatory, pro-fibrotic and pro-cancerous pathways in the body. Gal-3 research is one of the fastest growing fields in medicine today, with compelling data and large-scale studies continuing to demonstrate the multiple ways in which overexpression of Gal-3 fuels the development and progression of cancer, cardiac failure, organ fibrosis, neurodegenerative disease, arthritic illnesses, immune dysregulation and other conditions.

Normally, Gal-3 is found in small amounts in our bodies and performs essential functions. However, circulating levels are shown to rise with age, injury and chronic illness. A simple Gal-3 blood test is available and can be used in conjunction with other diagnostic tools to measure the risk and progression of some of our most serious health concerns.

Every few days, a new peer reviewed publication is released, highlighting the role of Gal-3 in life-threatening and debilitating illnesses. This growing body of evidence demonstrates the ways in which Gal-3 acts as a driver in numerous degenerative processes within the body, most notably cancer proliferation/migration, immune suppression, chronic inflammation and the progression of inflammation to fibrosis of organs and tissues.

For example, Gal-3 serves as a key mechanism by which cancers grow, proliferate, metastasize and promote blood vessel formation (angiogenesis) to feed active tumors. It is found to be over-expressed on the surface of cancer cells, acting as an adhesion surface protein capable of forming lattices and scaffolding with itself. It binds surface membrane glycoproteins and glycolipids which allows the cancer cells to aggregate (tumorigenesis) as well as disseminate throughout the circulatory system and attach elsewhere (metastasis). Gal-3 also allows cancer cells to evade the immune system by blocking important surface receptors, interrupting cytokine communication, disrupting immune cell differentiation and surveillance, and forming a gel-like biofilm that acts as an anchor for other pro-cancerous growth factors and inflammatory compounds in the extracellular matrix.

Elevated Gal-3 can also be a predictor of all-cause mortality, as well as heart failure. One study included 7,968 subjects from the Prevention of REnal and Vascular ENd‐stage Disease (PREVEND) cohort, with an average follow‐up of approximately 10 years. Gal‐3 was found to be associated with age and risk factors of CV disease, and a predictor of all‐cause mortality in the general population. The results of this study showed that the highest levels of elevated serum Gal-3 were associated with a three-fold increase in overall mortality in the general population, regardless of other factors. (de Boer RA, et al. J Intern Med. 2012.)

In another study, Gal-3 concentrations were measured in 3,353 participants in the Framingham Offspring Cohort. Higher concentration of Gal-3 was associated with increased risk for incident HF and mortality. (Ho J, et al. J Am Coll Cardiol. 2012.)

As these and numerous other studies demonstrate, mitigating the harmful effects of Gal-3 is critically important in maintaining health and longevity. According to the literature, proven natural Gal-3 blocker modified citrus pectin (MCP) is effective in reducing cancer growth and metastasis, halting and reversing fibrosis, lessening nerve pain, and protecting organs and tissues. In fact, MCP is the most-researched Gal-3 blocker, shown in numerous studies to bind and block excess Gal-3 and reduce its harmful actions throughout the body.

For years, scientists have been studying the benefits of MCP and its unique ability to bind and block Gal-3 . Now, new research has shown it again to be a powerful weapon in the fight against prostate cancer, a leading cause of death for men in the United States and worldwide. In February, the interim findings of a Phase IIb clinical trial were presented at the American Society of Clinical Oncology (ASCO) Genitourinary Cancer Conference 2018 in San Francisco. Findings showed that 79 percent of participants in the multi-center trial whose prostate cancer was progressing, experienced results indicating slower or no growth of the disease when taking the natural Gal-3 blocker.

Men enrolled in the study had non-metastatic prostate cancer and had completed surgery and/or radiation, with monthly testing of their prostate specific antigen (PSA) levels to monitor cancer recurrence. The PSA levels in these men -- which should remain undetectable -- were rising for three consecutive months, indicating progressive biochemical relapse of their prostate cancer. Of the first 34 patients completing six months of treatment, 27 (79%) showed a slowing down of the PSA rise, or lengthening of the PSA doubling time (PSADT). Of this group, 21 (62%) showed a significant improvement (decreased PSA levels) or stabilization of disease, while 6 (17%) had a slowing of disease progression with improved PSADT. In 7 patients (21%), disease progression was seen along with shorter PSADT, with 4 (12%) progressing only by PSA, and only 3 (9%) clinically progressing on bone or CT scans. These results indicate that MCP may be controlling cancer progression.

Participants received 4.8 grams (6 capsules) of MCP three times a day, for six months. Normal, unmodified pectin contains long-branched carbohydrate molecules that cannot be absorbed by the gastrointestinal tract. MCP is a low molecular weight pectin with shorter fibers and less branching molecular structure, providing greater bioavailability and therapeutic value. MCP is designated as "generally regarded as safe" (GRAS) by the US Food and Drug Administration (FDA) and has a 20+ year history of safe use as a dietary supplement. No side effects were reported in the study.

This research builds on two previous clinical trials showing MCP consistently slowed the progression of biochemical recurrence of prostate cancer. (Guess BW, et al. Prostate Cancer Prostatic Dis. 2003; Strum S, et al. International Conference on Diet and Prevention of Cancer 1999.) A final analysis of this six-month study on the effect of MCP in prostate cancer is planned for late 2018, with an anticipated completion of 50 patients.

No significant side effects with MCP

Overall, these results are very encouraging. With traditional therapy--surgery or radiation--about 80 percent of prostate cancer patients relapse with rising PSA levels. The benefit of androgen deprivation therapy, the typical treatment, has not been shown; it is also offset by significant toxicities. In this study, no patient discontinued treatment because of side effects.

Other benefits of MCP

For these reasons, MCP is an important adjunct for patients with cancer and other inflammatory diseases, with close to 40 published peer reviewed papers demonstrating remarkable success. As research on Gal-3 and MCP continues, more patients and health- conscious individuals can feel confident about the benefits provided by this natural Gal-3 blocker for maintaining health over our most serious health conditions and promoting overall longevity.

Dr. Isaac Eliaz is an integrative medical doctor, licensed acupuncturist, researcher, product formulator, and frequent guest lecturer. He has been a pioneer in holistic medicine since the early 1980s, and has published numerous peer-reviewed research papers on several of his key integrative health formulas. He is the founder and medical director of Amitabha Medical Clinic in Santa Rosa, California, an integrative health center specializing in cancer and chronic conditions. An expert in using highly strategic, synergistic protocols to address numerous areas of health including metastatic cancer, immunity, digestion, detoxification, diabetes, cardiovascular health and more, Dr Eliaz is also widely regarded as the leading expert in the field of Modified Citrus Pectin research.