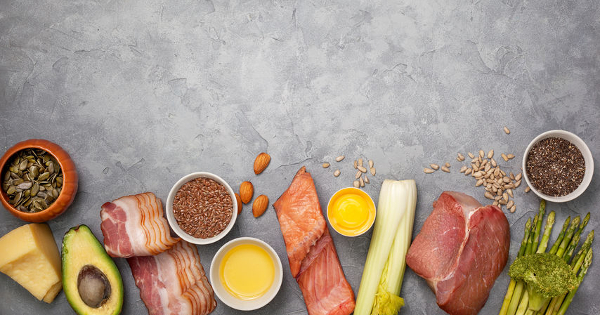 You've probably heard about the microbiome, but what about the myco-biome? You play host to trillions of bacteria, but it turns out the fungi in your gut may also play a role in cognitive decline

A 2020 study by researchers at Wake Forest School of Medicine revealed that following a modified ketogenic diet can help patients with mild cognitive impairment effectively reduce their risk of Alzheimer's disease. Published in the online journal EBioMedicine,[i] the study has shone a spotlight on the link between your gut mycobiome, or fungal microbiome, and your risk factors for ongoing cognitive decline.

Fungi are a fundamental part of the human microbiome, the collective array of microbes on and within your body. Early studies into the mycobiome show that interactions between fungi, other microbes and their human hosts play a vital role in health and disease pathology.[ii] Like the greater microbiome, the mycobiome is directly affected by lifestyle choices, including what you eat and drink.

As research into the microbiome deepens, scientists are beginning to analyze the mycobiome for specific insights into its potential impacts on mental health.

The research team at Wake Forest School of Medicine, led by Hariom Yadav, assistant professor of molecular medicine, sought to expand on this field of inquiry by analyzing the distinct gut mycobiome signatures in patients with MCI, along with potential interactions of these signatures with diet and gut bacteria, and how those interactions may impact biomarkers for Alzheimer's.

The research team's prior studies on a modified Mediterranean ketogenic diet (MMKD) demonstrated that eating a diet low in carbohydrates and high in protein and fats, from sources such as olive oil, avocados and seafood, improves AD biomarkers in cerebrospinal fluid and the signatures of gut bacteria. In this study, the focus was narrowed to the MMKD's impact on gut fungi in relation to disease pathology for MCI and AD.

A randomized, double-blind pilot trial was conducted that included 17 participants between the ages of 58 and 71 years. Of these subjects, 11 participants were diagnosed with MCI at commencement. In addition to the MCI diagnosis, these participants reported cognitive and subjective memory problems, the combination of which identified this subgroup as being at-risk for Alzheimer's disease.

The other six subjects were cognitively normal. Any participant previously demonstrating neurological or neurodegenerative disorders other than MCI, including stroke and major psychiatric disorder, were excluded from participation.

The MMKD plan allowed up to 20 grams of carbohydrates per day over the six-week period, amounting to not more than 10% of total caloric intake. MMKD followers were provided with 2 liters of extra virgin olive oil and encouraged to incorporate it generously over the six-week period. Overall macronutrient composition for the MMKD was less than 10% carbohydrate, 60% to 65% fat and 30% to 35% protein.

Differentiating factors of the AHAD diet include an emphasis on low-fat, high-carbohydrate foods, including whole grains, dairy and nontropical vegetable oils.[iv] Subjects were instructed to limit fat intake to less than 40 grams per day and to obtain around 50% to 60% of overall calories from carbohydrates. Macronutrient composition for the AHAD was less than 55% to 65% carbohydrate, 15% to 20% fat and 20% to 30% protein from various lean sources.

Participants' bacterial and fungal microbiomes were studied by obtaining fecal samples that were then analyzed via microbial DNA extraction and bacterial gene sequencing. Impacts of the diet on the brain were determined by analysis of biomarkers in cerebrospinal fluid obtained via lumbar punctures performed at onset and upon completion of each six-week dietary round.

Is Fungal Diversity in the Gut Key to Alzheimer's?

The study's findings, while not significantly skewed toward a specific dietary protocol, showed that the modified Mediterranean keto diet had more prominent effects on the mycobiome than the American Heart Association diet. To understand the deeper impacts on specific microbes in the gut, researchers parsed signatures for the different fungal species that make up the mycobiome.

At baseline, the gut mycobiomes of all participants showed no significant differences. However, the subgroup of patients with MCI had slightly lower fungal species diversity compared to cognitively normal (CN) subjects. After the six-week intervention, neither the MMKD nor the AHAD dietary protocol produced remarkable changes in fungal diversity.

Researchers believe that these important fungal taxa might play a central role in overall intestinal microbial community stability and function.[v] The research team also discovered that the presence and concentration of specific fungal taxa correlated to the presence of specific bacterial taxa. Overall, cognitively normal subjects had fewer such connections as compared to the networks in patients with mild cognitive impairment.

According to lead author Hariom Yadav, this pilot study demonstrated that you can positively impact brain health by modifying the unique fungi co-living with bacteria in your gut:

It also indicates that dietary habits such as eating a ketogenic diet can reduce harmful fungi in the gut which might help in reducing Alzheimer's disease processes in the brain."[vi] 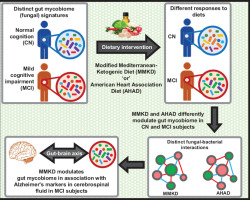 The Evidence Is In: Diet Impacts Brain Health

Emerging evidence on Alzheimer's disease indicates a complex pathology that requires a better awareness of early disease indicators. Brain amyloid plaque deposits that have been a marker of AD are now believed to antedate clinical disease indications by 10 to 20 years.[vii]

Mild cognitive impairment, which can be a precursor to AD, is diagnosed when an individual's quality of life remains mostly intact and is one stage at which dietary interventions like low carb/ketogenic may make significant positive impacts on your health. 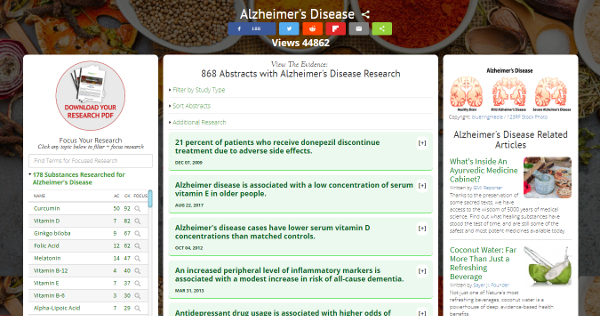