Views 5745
Posted on:
Friday, September 16th 2016 at 12:00 pm
Written By:
GMI Reporter
This article is copyrighted by GreenMedInfo LLC, 2017
Visit our Re-post guidelines 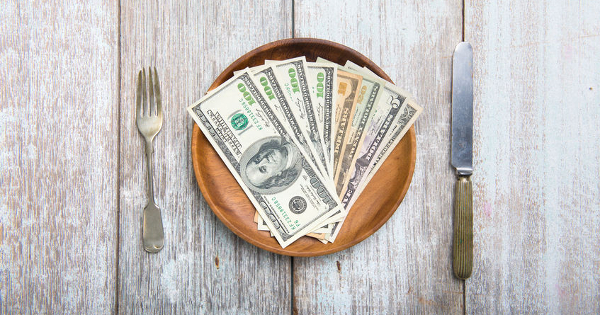 The Monsanto–Bayer tie-up is just one of seven

Policymakers could still block the agribiz mergers; peasants and farmers will continue the fight for seeds and rights.

Wednesday’s confirmation that Monsanto and Bayer have agreed to a $66 billion merger is just the latest of four M&A announcements, but at least three more game-changing mergers are in play (and flying under the radar).  The acquisition activity is no longer just about seeds and pesticides but about global control of agricultural inputs and world food security.  Anti-competition regulators should block these mergers everywhere, and particularly in the emerging markets of the Global South, as the new mega companies will greatly expand their power and outcompete national enterprises.  Four of the world’s top 10 agrochemical purchasing countries are in the global South and account for 28% of the world market.[1] If some of these throw up barriers, shareholders will rebel against the deals regardless of decisions in Washington or Brussels.

“These deals are not just about seeds and pesticides, but also about who will control Big Data in agriculture,” says Pat Mooney of ETC Group, an International Civil Society Organization headquartered in Canada that monitors agribusiness and agricultural technologies. “The company that can dominate seed, soil and weather data and crunch new genomics information will inevitably gain control of global agricultural inputs – seeds, pesticides, fertilizers and farm machinery.”

Neth Daño, ETC’s Asia Director, continues, “Farmers and regulators should be watching out for the seventh M&A – John Deere and Company’s bid to merge its Big Data expertise with Monsanto-owned Precision Planting LLD. After the Bayer-Monsanto merger, it’s not clear whether Precision Planting will go to Deere and Co. or if Bayer will protect its future in agricultural data.” Daño, based in the Philippines, points out that “Deere started connecting its farm machinery to GPS in 2001 and since then has invested heavily in sensors that can track and adjust seed, pesticide and fertilizer inputs meter by meter. The company has 15 years of historic data as well as access to terabytes of other weather, production and market data. Quite literally, Deere and the other farm machinery companies (the top three account for half of the world market) own the box in which the other input enterprises have to dump their products. That means Deere also owns the information.”

Silvia Ribeiro, Director of ETC’s Latin American office, agrees that the latest news confirming Monsanto agreement has “created alarm throughout Latin America and raised big concerns about increased input prices, more privatization of research and huge pressure from these Giant companies to make laws and regulations in our countries that allow them to dominate markets, crush farmers’ rights and make peasant seeds illegal.”

Although the mergers will be contested at the national level around the world, Neth Daño in the Philippines and Silvia Ribeiro in Mexico see the battle moving to a number of international fora in the weeks and months ahead. Daño will be in Indonesia September 27 – 30 when governments, farmers’ organizations and civil society meet to discuss Farmers Rights as part of a legally binding treaty intended to guarantee farmers access and use of seed. “This is an international seed meeting that can’t avoid addressing these mergers,” she asserts. “The hottest topic on the agenda is a Big Data proposal for seeds being pushed by the companies.”

October 17 – 21, Pat Mooney and Silvia Ribeiro will be in Rome attending the UN’s Committee on World Food Security. “Virtually all of the world’s governments, farmer organizations and many agribusinesses companies will be in the same room for a week, with food security on the official agenda. There are going to be a lot of angry people there wanting to stop these mergers,” Ribeiro insists.

December 4–17, the UN Convention on Biological Diversity will be meeting in Mexico where agricultural biodiversity issues are on the agenda. The Convention is famously proactive on seed issues having already set a moratorium against Terminator seeds (seeds genetically modified to die at harvest time forcing farmers to purchase new seeds every growing season) and, as well, a protocol on the trans-boundary movement of transgenic seeds and another protocol that will soon enter into force related to loss and damages caused by GM contamination. When it meets in December, it will debate the risks of a suite of new plant breeding technologies described as “extreme genetic engineering” (synthetic biology) which is much favoured by all the companies now merging as a strategy to sidestep biotech regulations. “Wherever these companies go in the next few months, they are going to have a fight on their hands,” says Silvia Ribeiro.

The buying spree started in July 2014 when Monsanto (the world’s #1 seed company; #5 In agrochemicals[2]) launched the first of three runs at Syngenta (#1 in crop chemicals; #3 in seeds[3]).  All offers were rebuffed. Nevertheless, the gambit set all of the Big Six seed/chemical companies in motion…

1.     November 2015 –  ChemChina (who owns the world’s 7th-largest agrochemical company, ADAMA[4]) made a $42 billion bid for Syngenta.[5] The offer (bumped up to $43 billion) was accepted in February 2016.[6] The deal has passed one of several regulatory hurdles in the USA,[7] but faces challenges in numerous other jurisdictions including, apparently, Canada, Brazil and the EU. It is expected to close by the end of 2016.[8] The merger will give ChemChina “a way to diversify beyond agrochemicals into GM seed technology.”[9]

As the four negotiations went back and forth, the world’s other significant seed, chemical and fertilizer companies were looking on with a mixture of consternation and anticipation. Since it is highly unlikely that all four mergers can play through without divestitures, ETC predicts that at least two other M&A options are coming down the pipeline…

5.     BASF (#3 in crop chemicals and a modest player in seeds[21]) either has to get bigger or get out, and is undoubtedly calculating the possibility of snapping up any smaller seed and pesticide companies that fall by the wayside if the other mergers proceed. Its second option is to go after the second-string of German, Dutch, US and Japanese seed/pesticide companies to cobble together a larger agricultural footprint.

6.    The same second-string players may be thinking of doing the same thing—either picking up the leftovers or merging themselves. Though alarming to smaller companies, the mashing together of the giant companies also leaves them niches of opportunity.

But a 7th M&A has been playing off stage; important on its own, but also a harbinger of much bigger changes that will impact global agricultural inputs in the months and years ahead…

November 2015 -  Deere & Co. (#1 in farm machinery and nothing much in seeds or chemicals[22]). agreed to buy Monsanto’s Precision Planting LLD.[23] In August 2016, however, Deere was sued by the US Justice Department to block the deal[24] because the merger would allow Deere to “dominate the market for high-speed precision-planting systems and be able to raise prices and slow innovation at the expense of American farmers who rely on these systems”[25]:  Deere and Precision Planting LLD together would account for 86% of the precision planting market.[26]  Deere and Monsanto said they would fight the decision.[27] Bayer may have changed all of this.