More Fruits and Veggies Could Prevent Millions of Cardiovascular Deaths 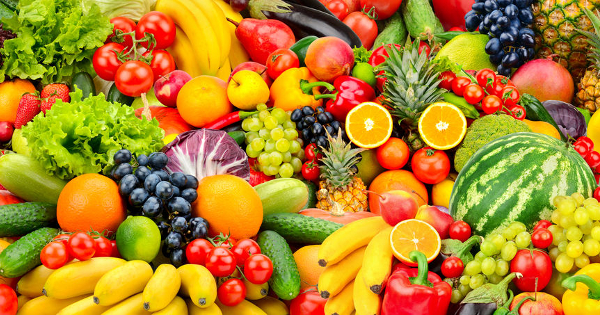 Consuming fruits and vegetables every day can keep your heart beating, quite literally, with mounting research connecting low fruit and vegetable intake with an increased incidence of cardiovascular deaths. These study findings can save lives, as heart disease remains the top killer across the globe

Low fruit and vegetable intake may be a major factor in heart disease deaths. Findings from a 2019 study showed that low fruit intake translated to almost 1.8 million cardiovascular deaths in 2010 while low vegetable consumption resulted in 1 million deaths.[i] The impacts were discovered to be most acute in countries with the lowest average consumption of fruits and vegetables.

Let's have a closer look at the different factors that drive these findings -- and how you can optimize your fruit and veggie intake for a healthy, thriving heart.

Roughly 1 in 7 deaths from heart disease and strokes could be attributed to inadequate fruit consumption, while 1 in 12 deaths from the same diseases may be rooted in not eating enough vegetables, according to findings presented at Nutrition 2019, the American Society for Nutrition annual meeting, in Baltimore.[ii]

Using dietary guidelines and existing studies on heart risk factors, the team defined optimal fruit intake as 300 grams (g) a day, which is equivalent to about two small apples. For vegetables, on the other hand, it's 400 g a day, or about three cups of raw carrots.

The researchers then estimated average national fruit and vegetable intakes from diet surveys and food availability data from 113 countries, or some 82%of the global population. In the U.S., suboptimal veggie consumption may account for some 82,000 cardiovascular deaths and poor fruit intake for 57,000 deaths.

Note that cardiovascular disease remains the No. 1 killer globally, taking about 17.9 million lives each year.[iii] Poor intake had the worst impact on younger adults when it came to age groups, and on men, as opposed to women, possibly because women may tend to eat more fruits and vegetables.

"Our findings indicate the need for population-based efforts to increase fruit and vegetable consumption throughout the world," said Victoria Miller, lead study author and postdoc researcher at Tufts University, in a news release.[iv]

Part of why they are so heart-friendly is that fruits and vegetables are excellent sources of fiber, potassium, magnesium, antioxidants and phenolics, all proven beneficial in reducing blood pressure and maintaining healthy cholesterol levels.[v] They also enhance the diversity of beneficial bacteria in the digestive tract and eating more of them may make you less likely to be overweight or obese, hence reducing the likelihood of heart disease.

Eat More Fruits and Veggies to Protect Your Heart

A 2014 study that was part of the Harvard-based Nurses' Health Study and Health Professionals Follow-up Study confirmed that a diet heavy in fruits and vegetables can slash the risk of heart disease and stroke.[vi]

The team, after analyzing the results and combining them with other studies' findings, estimated that heart disease risk was 20% lower among subjects who consumed more than five servings of fruits and vegetables a day, versus those who ate fewer than three servings daily.

A 1999 study concluded that consuming fruits and vegetables, particularly cruciferous and green leafy vegetables along with citrus fruit, reduced the risk for ischemic stroke.[vii]

In 2003, another team of researchers found that daily consumption of green-yellow vegetables and fruits translated to a lower risk of total stroke, intracerebral hemorrhage and cerebral infarction mortality.[viii] What's more, the protective effects were similar in men and women.

One takeaway from these studies is having a rainbow of fruits and vegetables on your plate every day can work wonders in preventing strokes, heart disease and other illnesses. Read abstracts with vegetable research and abstracts with fruit research on the GreenMedInfo.com database for further potentially life-saving information.