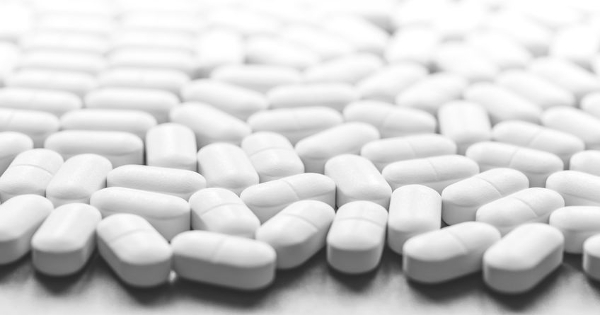 Children 2 years old and under who take antibiotics are at a bigger risk for childhood-onset chronic diseases such as asthma, allergies, obesity and ADHD, underscoring yet again the need for the prudent use of antibiotics, as they affect the gut microbiome early in life

Yet another study links antibiotic use and overuse with disease in young children. Based on new research from teams at Mayo Clinic and Rutgers University, children under age 2 who take antibiotics are at a higher risk for chronic conditions such as obesity, asthma and attention deficit hyperactivity disorder (ADHD) while they're young.

The findings echoed previous hypotheses that the gut microbiome, composed of trillions of microorganisms living in and on the body, shape the early development of immunity, metabolism, behavior and other critical functions.

The population-based study covered all children born in Olmsted County, Minnesota from January 1, 2003 to December 31, 2011.[i] It drew information on antibiotic prescriptions and analyzed the impact of antibiotic exposure on the risk of a few adverse health conditions. The researchers looked at 14,572 children, 70% of whom were prescribed at least one antibiotic in the first two years of life, mostly for respiratory or ear infections.

They concluded that early antibiotic exposure was connected with a greater risk of childhood-onset asthma, allergic rhinitis, eczema or dermatitis, Celiac disease, obesity or being overweight and ADHD -- all influenced by the number, type and timing of the antibiotic exposure.

The risk climbed with more antibiotic courses and when given earlier in life, particularly within the first six months. The subjects also had a higher likelihood of having a combination of diseases, especially when given multiple prescriptions. Demonstrating varied effects based on antibiotic type, cephalosporins were tied with the highest risk for multiple diseases, including autism and food allergies.

Previous studies have observed that short-term or low-dose antibiotic therapy can permanently alter the gut microbiome, demonstrating that the commonly prescribed drugs should not be deemed harmless[ii] but instead should be used with caution, specifically in young children and pregnant women.

A 2019 study, for instance, concluded that administering antibiotics in the first year of life and through the subjects' lifetime was linked to the development of asthma and allergic rhinitis.[iii] Prenatal exposure to antibiotics throughout pregnancy was also associated with increased odds of atopic dermatitis within the first 18 months of life among children born by atopic mothers.[iv]

The maternal use of antibiotics during pregnancy was also linked by a separate study to a higher risk of otitis media in the offspring, emphasizing the possible transmission of an unfriendly bacterial environment from mother to child.[v]

Mounting evidence reveals that antibiotics influence not just the function of the immune system, but also your ability to fight infections and process food, to name a few.[vi] It is therefore critically important to revisit how you use antibiotics.

The gut microbiome begins to form in utero and during birth and is vulnerable to disturbance in the first year of life.[vii] Early disturbances like antibiotic exposure may adversely affect the gut microbiota by disproportionately changing the bacterial makeup, thus increasing the risk for developing childhood diseases such as allergies.

Bacteria have also developed the ability to defeat certain drugs in the human arsenal that are designed to kill them, heralding the age of antibiotic resistance. According to the U.S. Centers for Disease Control and Prevention (CDC), antibiotic-resistant infections affect at least 2.8 million people in the U.S. and kill more than 35,000 annually.[viii]

Study author Martin Blaser, director of the Center for Advanced Biotechnology and Medicine at Rutgers, said the evolution of drug-resistant bacteria illustrated an "unintended" effect of antibiotic overuse.

"The increasing prevalence of health conditions that start in childhood has triggered concern about antibiotic exposures during key developmental periods because of their impact on the microbiome," he said in a statement.[ix] 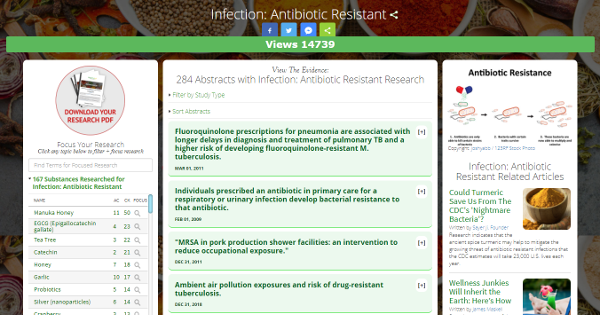 [vi] Langdon A et al "The effects of antibiotics on the microbiome throughout development and alternative approaches for therapeutic modulation" Genome Med. 2016 ;8(1):39. Epub 2016 Apr 13.