Movember: Count Me Out 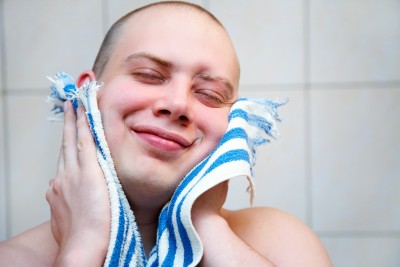 Why I'll be clean-shaven in the month of November

Every November, we see pictures of hairy male faces all over the media.  The more outrageous the facial hair, the better!  It feels like a throwback to the 1970's, for those of us that can remember that far back.  But my face won't be one of the hairy ones.  It's my own personal objection to the tragedy of "Movember."

Men's health in general, and prostate cancer in particular, are serious issues, and I applaud the efforts of those who are trying to raise awareness and make a change for better health.  Unfortunately, the vast majority of health "awareness" campaigns do little for prevention and focus primarily on early detection – or raising money for a someday "cure" – and I'm certain that raising funds to detect and treat cancer is a backwards way of making the change we wish to see in the world.

Originators of the Movember movement have a vision to have an everlasting impact on men's health.  To that end, there has been created a word-of-mouth groundswell initiating the growing of moustaches and raising of funds to contribute to efforts to further cancer research and to further self-awareness of mental health [BH1] issues arising from living with prostate cancer in the male population.[ii]  Movember has men (and women) digging deep into their pockets to participate in a fun way of fueling the cancer research machine.

Movember began in Australia in 2003, spread to the USA, Canada, the UK and Spain in 2007 and now has more than 850,000 participants worldwide raising $127.5 million in 2011.  Where does that money actually go?  To their credit, only 10% of those funds are kept for administrative costs.  The other 90% goes to their partners, who in Canada are Prostate Cancer Canada and The Canadian Male Health Network – a network that promotes men's mental health,[iii] and who fund programs supporting the treatment of depression in men who have been diagnosed with cancer.  The donated funds go toward funding research into detecting cancer earlier and promoting early investigation and reporting.[iv]

The benefits being realized by the Movember movement include increased discussions around men's health.  20% of the men who participated saw a doctor, and 67% of the men who participated recommended a doctor's visit to their friends.[v]  There's no doubt that the grassroots Movember movement has a collateral benefit in getting men to pay more attention to their health.  My concern, however, is that their attention has been steered in the wrong direction – the same direction that, up until now, has only brought us closer to the present state of health in North America, where statistics show that we're actually losing (not winning) the "war on cancer [BH2] ."[vi]

It would be nice to think that early detection of prostate cancer through PSA screenings reduced the death rates from the disease.  It doesn't.[vii]

First, there are false positives.  And, the U.S. Preventive Health Task Force has withdrawn its PSA screening recommendations due to the inefficacy of treatment.  Yet, millions of men are growing 'staches and raising big bucks to support disproven practices.

Above all, it breaks my heart to see so much effort and money put into detecting and treating diseases that could be prevented with proven lifestyle changes[BH3] .  Much of the anxiety of discovery and the discomfort of treatment could be avoided simply by focusing on wellness, rather than illness.  Research has shown that the incidence of cancer – breast, prostate or otherwise, can be significantly influenced through nutrition, exercise, and other lifestyle factors.[viii]

I see a parallel to the breast cancer awareness movement – started by the British chemical company, Imperial Chemical Industries, in 1985 and presently still controlled by the byproduct of its pharmaceutical subsidiary Zeneca merging with Astra AB in 1999, namely, AstraZeneca.

AstraZenca is one of the world's largest pharmaceutical companies whose breast cancer chemotherapy drug Tamoxifen, while purportedly treating the symptoms of cancer, is actually classified as a 'human carcinogen' by the World Health Organization and American Cancer Society.  And AstraZeneca is notorious for the controversies surrounding other drugs they manufacture that exacerbate health issues but that are hugely profitable.[ix]

Fundraising for breast cancer awareness has become a profitable business.  One watchdog organization (the Breast Cancer Action Network) called it "pinkwashing" – covering a product in pink ribbon logos and committing to a contribution to cancer research for every product purchased.[x]  It's a way of jumping on a bandwagon to corral some of the money that breast cancer sentimentality generates.  Given a choice between a product with a pink ribbon and one without, the buyer will feel virtuous buying the one that promises to make a contribution to the cause.

When it comes to food adorned by a pink ribbon, I can't understand why more people aren't bothered by the fact that many of these things – fried chicken, chocolate candies, and sugar drinks – are actually likely to cause or contribute to the development of cancer – not cure it.

Lance Armstrong spent years promoting cancer awareness through his Livestrong campaign.  Should we wonder whether performance-enhancing blood doping (which has a hormonal impact in the body) contributed to his stage 3 testicular cancer at the age of 25?

It is becoming well recognized in medicine that there are environmental causes of disease, very much under our control by the choices we make [BH4] .  Obesity.  Feeding cancer cells with sugar.  Ingesting chemicals through foods treated with pesticides and foods altered chemically through processing.  Pollutants in our water and in the air we breathe.  The list may seem overwhelming, but today we live in a world where not only can we access the information, we can do something about it.  Cancer is preventable.[xi]

We have the ability to reduce and potentially eliminate our risk of developing cancer and other life-threatening illnesses by cleaning up our act, eating food that was cultivated the way God and nature intended, reducing stress, improving oxygenation in the body through effective exercise, and caring for the structure of the human frame.  It was Thomas Edison who said, "The doctor of the future will give no medicine, but will interest his patients in the care of the human frame, in diet and in the cause and prevention of disease."[xii]

My two cents: Why are we doing something unique (growing a mo' ... for one month only) that has nothing to do with preventing prostate cancer, doesn't really do anything to change the impact of that cancer, and unfortunately raises funds to support the same framework of thought which got us here in the first place?  We've become a nation of victims[BH5].

The mindset is helplessness: There's nothing we can do but wear a ribbon – or grow a mo' – and wait for a cure.  It's wonderful that we're becoming more aware of the problem.  The direction of health care will only change when we become aware of and do something about the causes and not just the disease.

I am sure that symbolizing "awareness" makes many feel good about our choice to do nothing to change.  But this November, my face will be as smooth as a baby's bottom.

Dr. B.J. Hardick is the co-author of the best-selling Maximized Living Nutrition Plans, used in natural health clinics worldwide, and is a contributing author of The Cancer Killers: The Cause is the Cure. His health centre in London, Ontario is one of the largest clinics of its kind. In Dr. Hardick's seminars and care for patients, he teaches and implements the principles of Maximized Living which he has championed his entire life. www.DrHardick.com.

Dr. B.J. Hardick is the co-author of the best-selling Maximized Living Nutrition Plans, used in natural health clinics worldwide, and is a contributing author of The Cancer Killers: The Cause is the Cure. His health centre in London, Ontario is one of the largest clinics of its kind. In Dr. Hardick's seminars and care for patients, he teaches and implements the principles of Maximized Living which he has championed his entire life. www.DrHardick.com