The Myth of A Safer Hospital Birth for Low Risk Pregnancies

Views 25798
Posted on:
Thursday, July 5th 2012 at 5:00 am
Written By:
Judy Slome Cohain, CNM
This article is copyrighted by GreenMedInfo LLC, 2012
Visit our Re-post guidelines 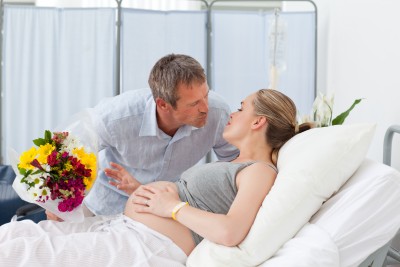 Research reveals that there are only 2 acute conditions that might occur at homebirth in which the mother or baby may have a better outcome had they planned a hospital birth, namely: Cord prolapse and Amniotic Fluid Embolism (AFE). Although tragic, cord prolapse and AFE occur rarely at homebirth, 1/5000 and 1/500,000 respectively, when balanced with the dozens of acute emergency conditions endangering the health of mother and baby that occur at planned hospital birth caused by intervening in the birth process, the scales tip easily in favor of planned attended homebirth for low risk women.  Acute conditions caused by hospital birth are discussed here, to allow low risk women to make informed choices as to place of birth.

Is Hospital birth ever safer than homebirth for low risk women?

The answer is an unequivocal 'no’.

There are 12 high quality studies since 1995 (1-12) from Canada, Switzerland, Sweden, Holland, US, UK, New Zealand and Israel, which all show planned attended homebirth to have either lower or similar rates of perinatal mortality and very significantly lower rates of maternal morbidity, such as cesareans, hemorrhage, and third and fourth degree tears compared to matched groups of low risk women who plan to deliver in hospital.

Another 5 studies (13-17) claim homebirth to have a higher perinatal mortality rate compared to hospital birth but they all include high risk births in the planned homebirth group.  Instead of excluding the high risk births from both groups, they include the homebirth outcomes of premature births at 34-37 weeks gestation (13-17) breech and twins (13,14) lethal anomalies incompatible with life(13,14) unattended homebirths (15,16) unplanned homebirths(15,16) or women who became risked out of homebirth by becoming high risk at the end of pregnancy, had hospital births, but are included in the homebirth group. (17)

These 5 studies conclude that homebirth is less safe than hospital birth, when what these papers actually found is that low risk births are safer at home but premature births have better outcomes in hospital.  Possible explanations for the false conclusion of these studies could be paternalistic power games over women or hospital birth being not only the most common but also the most profitable reason for hospitalization.  Remove the high risk births from those studies and they also confirm that homebirth is safer for low risk women than hospital birth.

Margaret Tew, a statistician, pointed out as early as 1977 (18) that hospital birth was never researched for safety before it was instituted.  She analyzed whatever data she could find from the years in which birth transitioned to hospital 1920-1950, searching for evidence of improved outcomes of hospital birth, but did not find any.  She found great resistance to publishing her findings in peer reviewed journals, with only the one scholarly reference in a journal(18) and the rest of her findings published in a chapter of a book and her own book. (19,20)

Dr Shearer 1985: "When I started in general practice in 1954 about a third of all babies were born at home, and only women with problems and a few primiparas were able to book a bed in the local hospital, St John’s Chelmsford.  By the early 1970s this had changed greatly, and it was possible to book all mothers who wished for or needed a bed in the consultant unit. Although my partners and I continued to look after home deliveries, we were often asked about the risk of a home birth, and in the past decade the usual reason given by low risk mothers for a request for a hospital delivery was 'because it is safer.’  There appears to be no firm evidence for this view." (21) 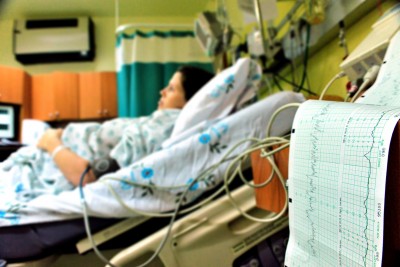 0/1000 Poplar, East London District, UK 1950: Jennifer Worth reports having delivered well over 100 babies before qualification and several thousand after in the post WWII tenements, where there was no running water and a family of 10 lived in one room, and a family of 10 was common.  "I do not recall any instance of an emergency occurring, still less a disaster during delivery. Young people today simply do not believe me when I say this but I can only say ask any midwife of my generation who has had a good deal of district experience and she will confirm this.

One reason, I think, why we did not have many problems is because we gave very good prenatal care, with careful screening for abnormalities such as rickets. Any woman with rickets was referred to hospital for cesarean delivery. Undiagnosed breech and twins did occur though. Disasters just did not seem to occur. Perhaps this had something to do with the attitude of the mother and the midwife." (24)

0/1000 Sweden 1992-2004 (25):  "There were no emergency cases among 790 planned home birth group. One case of cord prolapse among 790  planned home births (0.1%) occurred. The baby was delivered at home eleven minutes after the waters broke and had an Apgar score of 8 at five minutes. The ambulance was called and arrived after the baby was born. No transfer was needed.

0/1000 Rankin Inlet Birthing Center, Nunavut, Canadian Northern Territories: The nearest hospital to Rankin Inlet Birthing Center is a 3 1/2 hour plane ride away, not including organizing that plane ride. The director of the birthing center, Amanda Marshman, wrote, "Yes, it is true that I work with a team of midwives in this remote community. This means we cannot augment or induce labour. In all my time here, there hasn't really been anything to speak of.

Yes we get premies and hemorrhages, but all in all we don't have a lot of complications.  We have had no maternal or fetal mortalities or morbidities in all the years the centre has been open.  We tend to find that women who have chosen to go out and birth in a hospital in Winnipeg are the ones with the issues that arise!"

0.28/1000: Hungary: Dr. Agnes Gereb delivered 3,500 babies with 1 perinatal death, i.e. perinatal mortality rate of 0.28/1000. Instead of publishing these valuable statistics and her protocols, the government/police made a witch hunt against her, and all but 200 of her records have disappeared. 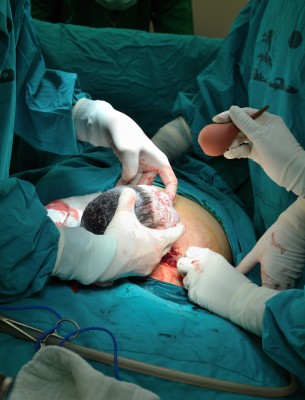 What accounts for the worse outcomes of low risk women in hospital and better outcomes at home?

What acute conditions only at hospital birth?

What fallacies must be promoted to maintain the myth surrounding hospital birth?

"A normal pregnancy might instantly become an acute condition requiring an emergency intervention"(28).  This statement is true. However, in order for this statement to be used as support hospital birth over homebirth for low risk women: the following 3 statements, known to be false, would have to be true:

1. Hospital has significantly better outcomes than homebirth for all acute conditions.

2. Hospital birth does not cause more acute conditions than it corrects.

3. Hospital birth does not cause acute conditions that don’t exist at homebirth.

All three of the above necessary conditional statements are false.

Simply: If hospital birth were useful, the data would support it, but all homebirth studies (1-20), show better outcomes of low risk women at planned attended homebirth.

What rare acute conditions / emergencies can happen at birth that are better dealt with in hospital than at home?

There are four emergency situations that can better be dealt with in hospital than at home and they can be easily remembered with the mnemonic device CRAP:

Ruptured uterus and Placental abruption only occur among high risk women who are not considered suitable for planned homebirth, but choose it and the law protects their right to do so.

What rare acute conditions / emergencies can happen at low risk birth that are better dealt with in hospital than at home?

AFE and Cord prolapse are the only acute conditions that have better outcomes in hospital.  They are very rare and not a single study documents the rate at which these happen suddenly at attended low risk homebirth.   There is only one case study of cord prolapse happening at a low risk homebirth (27) which was caused by midwife rupturing membranes and would not have happened in a practice that restricts AROM.  It is not known what the rates of AFE or cord prolapse occur at home, in the absence of AROM.

Homebirth midwives do not routinely do AROM, whereas in hospital membranes are routinely ruptured.  Agnes Gereb did not have a single case of prolapsed cord among 3,500 homebirths.  A hot bath can sometimes be used to keep a prolapsed cord warm and pulsing, until delivery.  It happens so rarely that the rate of death from AFE (1/1,000,000) and cord prolapse (1/100,000) at homebirth is a miniscule fraction of the maternal mortality (1/5,000) and perinatal mortality (1.7/1000) from elective cesarean surgery in hospital (34).

When considering not just death but also morbidity, much morbidity is caused by hospital induction of low risk women.  All of the 4 birth emergencies listed above are associated with induction (28-31).  Today 40% of births are induced in the US (32).