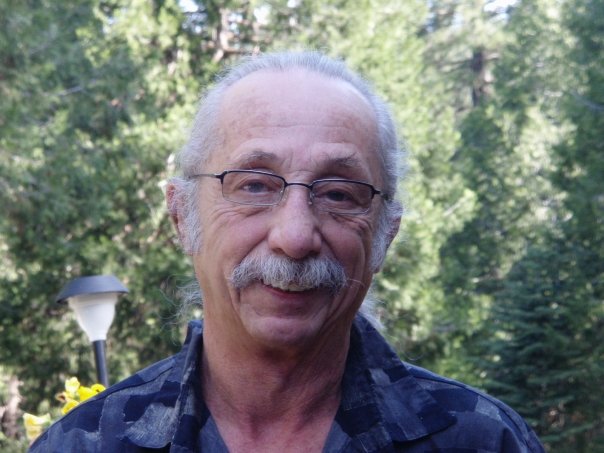 Just as the FDA and Codex are stripping away your ability to use nutritional supplements with therapeutic levels, so are your alternative practitioners being attacked in a vicious attempt to force them out, leaving you at the hands of an outdated medical model and Big Pharma.

We often hear the tremendous respect and gratitude for men and women in our armed forces. The ones who survived and the ones who were not as fortunate. They are considered by many to be the front-line defenders of our freedoms and our liberties. Often, though, they come home to find out that both their freedoms and their liberties are in jeopardy on home turf; their enemy is domestic, not foreign. They also find out that the respect and gratitude fade fast once back in the U.S.

Harvey Bigelsen, M.D. witnessed the Vietnam War from a viewpoint many of us would not wish on our worst enemy. His work as a trauma surgeon specializing as an Ophthalmologist allowed many to see family trees continue to flower. Dr. Bigelsen was on the front lines where triage was concerned, literally holding lives in his hands and in his quick, expertly trained, decision-making process. This impeccable medical judgment was service at the very highest level, no matter your perspective on war. He saved the lives of people who were sentenced to death and on death's door when they came to him. Legally.

Fast forward in the doctor's life past years of experience at the highest levels of healing and the highest levels of understanding the human body deepening his education and embracing other disciplines as time passed. Fast forward past four enlightening books he authored. You will inexplicably and inevitably arrive at the recent charges and confiscation that plague Dr. Bigelsen in his hometown of Nevada City, California. It is one of the most notorious cases of Nation turned traitor – the ultimate payback for years of dedicated service – namely betrayal at the hands of the medical mafia. His presumed weapon? Darkfield microscopes used to examine blood samples. His crime? A lot of menial accusations over nutritional supplement and homeopathic labeling that were not initiated by Dr. Bigelsen. Yet, he is facing jail for others' product labels ... a war hero turned criminal healer.

In Dr. Bigelsen's own words

"On March 20, at approximately 11:00 a.m., seven uniformed officers came into my office and confiscated two microscopes. I was pretty overwhelmed and wanted to know why they took the microscopes, however they did not tell me. I stood at the doorway and said, 'This is my personal property,' and they physically shoved me out of the way. I called the local police and they came over; however, they sided with the uniformed officers. They placed a couple of slips of violations on my counter in the office and left."

Strangely, the charges brought against Dr. Bigelsen, for which he could be jailed as a felon, had to do with labeling of healing remedies, for which he was not directly responsible.

He faces the medical tyranny he swore an oath to defend us against. If it is believed that a silver lining always exists, the newest investigations into his work may be his greatest validation. If it did not embody what he claims or its truth could not stand on its own, would it still be met with such great resistance? In a case of simple quackery, one is usually debunked with a heavy dose of factual evidence against ones hypothesis. Apparently when a rebuttal is unavailable suppression is substituted.

"We hold these truths to be self-evident." You cannot cast doubt on a self-evident truth. You must eliminate its availability to the public.

"Over the course of his 25 years of research, Harvey Bigelsen has learned how to interpret images created by the blood in order to understand a person's total health. He has found that blood, like water, is a messenger of a person's emotion and consciousness. This is exciting and spectacular research and my hope is that it will be shared with the world!"

Dr. Masaru Emoto, who needs no introduction, leaves only monumental praise for Dr. Bigelsen. This type of against-the-grain, revolutionary research, though, often finds itself with few allies. Extraordinary minds reaching each other is like preaching to the choir. But reaching the mind of the 100th monkey is a task often defended to the dying breath of the one profiting from withholding the vital, healing truth.

As this reaches you, NHF is helping to defend Dr. Bigelsen to not only protect his truths but to bring them to you as well. But that means taking on the battle of a humble healer, Dr. Bigelsen, to fight for his professional life like he fought for the lives of relatives of yours perhaps. NHF has been fighting for alternative practitioners, like our battle in the 60s to help chiropractors become legally licensed in over 40 states.

In the meantime, please visit Dr. Bigelsen on Facebook and the "I Stand Behind Dr. B" Facebook page. We are stronger together and Dr. Bigelsen's whole story you will feel the same duty as NHF to defend his work. A short video of Dr. Bigelsen telling his story and the impassioned work he's done over the years since his Vietnam tour can be viewed here.

The following are the felony allegations brought against Dr. Bigelsen:

The above is the extent of the California Medical Board and other charges brought against Dr. Bigelsen and he could go to jail for those things. All of the charges are false and intended simply to stifle someone who was working through a naturopathic practitioner to help people become well without harmful drugs.

There comes a time when we know the right thing to do is to give back. We've had access to a caring healer for decades. Now he needs access to your help to survive this medical tyranny. If you would like to donate to the Bigelsen Defense Fund, please visit the donation link on the National Health Federation website. Just as the FDA and Codex are stripping away your ability to use nutritional supplements with therapeutic levels so are your alternative practitioners being attacked in a vicious attempt to force them out leaving you at the hands of an outdated medical model and Big Pharma. Are you going to stand by and leave Dr. Bigelsen with his back against the firing squad wall without coming to his aid as he came to so many of your family member's aid during the war?

This is war folks. And we of the health freedom community at NHF stand by our own. Just $25 or more donated here using PayPal or phoning your credit or debit card number into Tina at NHF's main office at 1.626.357.2181 will strip the blind-folder off the FDA and force down their guns aimed at Dr. Bigelsen right now. NHF has hired the top legal minds in this country and along with the legal guidance of our President and General Counsel, Scott Tips, Dr. Bigelsen – and YOU – have a fighting chance to defend your right to choose the alternative practitioner and the modalities of healing that you want.

But choose to do nothing and don't come complaining when you lose your practitioner to the reign of medical tyranny. Move into the front lines now. Get off the sidelines please and help not only Dr. Bigelsen but set the precedent for the FDA letting them know that NHF's health freedom warriors don't abandon their own, we don't stand down, and we will never surrender and tolerate this medial mafia harassment!