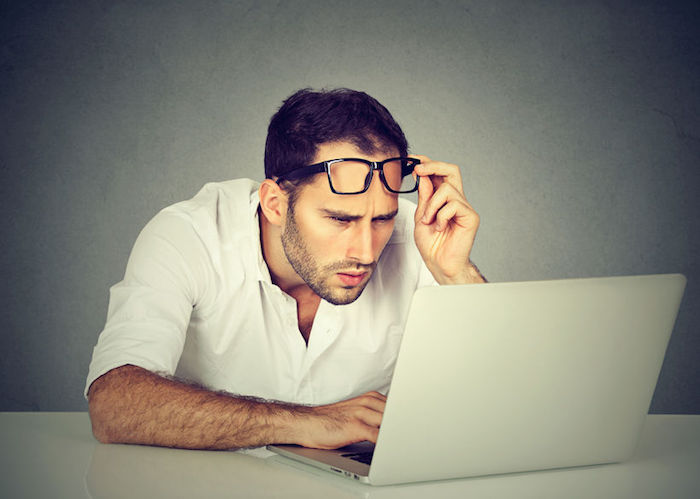 Asthenopia, or eye strain caused by excessive work, is a growing complaint in a world of computers and smart phones. Common symptoms include dry eyes, eye fatigue, burning or stinging eyes, blurred vision, sensitivity to light, headaches and neck and back pain. When you stare at electronic screens you actually blink less, causing dry eyes and increased eye discomfort. 64-90% of computer users develop a condition called computer vision syndrome (CVS): asthenopia caused by computer use. People who work on computers for more than 4 hours--and that's many of us today--have been shown to have significantly worse eye discomfort (Ann Med Health Sci Res 2014;4(2):179-85). People who use e-readers instead of books also have increased eye fatigue (PloS One 2013;8(12), e83676).

Computers and Your Eyes

Bilberry (Vaccinium myrtillus) is the greatest of eye herbs: it has been shown to help several eye conditions, including cataracts, glaucoma, macular degeneration and diabetic retinopathy. It can also help with near sightedness, eye strain and with adjusting to light and dark.

Recently, researchers set out to see if this great eye herb can also help with computer-induced eye fatigue. The results were exciting. 83 people between the ages of 20 and 40 took either a placebo or 160mg of bilberry extract 3 times a day for 8 weeks in this blinded study. The people played video games for 2 hours. Changes in vision were significantly reduced in the bilberry group. Eye fatigue, pain, and heaviness were all significantly reduced compared to placebo (J Nutr Health Aging 2015;19:548-54).

The study included 59 people between the ages of 20 and 65 who spent at least 2 hours a day looking at the screen of a smart phone, computer or television. Half of them were given a placebo and half were given 1000mg of bog bilberry a day for 4 weeks.

At the beginning and end of the 4-week study, everyone's eye strain was measured after watching a tablet computer screen for an hour. At the beginning of the study, the bog bilberry group had worse eye strain: their eye strain scores got significantly worse after watching the tablet, but the scores did not get worse in the people who would later be assigned to the placebo. This difference suggests that the bog bilberry group might have been the tougher group to treat. After taking the bog bilberry for 4 weeks, though, watching the tablet did not lead to worse eye strain scores. In the placebo group, scores worsened but not significantly.

This study found that the anthocyanin antioxidant rich bog bilberry significantly relieved eye strain from all the staring at screens we have to do these days (BMC Complement Altern Med 2016;16:296).

Ginkgo biloba, a herb shown to benefit glaucoma and macular degeneration, has also been shown to be helpful against eye strain from computer use.

In a double-blind study, 478 people with symptoms of computer vision syndrome who used computers for at least 3 hours a day for at least 1 year took either an olive oil placebo or omega-3 essential fatty acid supplements containing 360mg of EPA and 240mg of DHA for 3 months. The study concluded that omega-3 essential fatty acids alleviate dry eye symptoms in people suffering from computer vision syndrome (Contact Lens & Anterior Eye 2015;38(3):206-10

Lutein, a carotene, is another powerful eye nutrient. It has been shown to help both cataracts and macular degeneration. So, researchers tried giving 6g of lutein, 12g of lutein or a placebo to 37 people who were exposed to long-term computer display light exposure. After 12 weeks, there was a trend toward improved visual acuity in the 12g lutein group and significant improvement in contrast sensitivity. The researchers concluded that lutein improves visual function: especially contrast sensitivity (Paediatr Perinat Epidemiol 1998;12:176-81).

Increased computer time means increased fatigue, irritability and stress. When 84 people who spend at least 50% of their work day on computers were given ginkgo, they made significantly less errors than people given a placebo. Ginkgo users not only concentrated better, they suffered significantly less stress and reported significantly better "vitality" (J Pharmakol U Ther 2007;1:3-9).

With more and more of us spending practically the entire day on the computer keyboard, carpal tunnel syndrome is becoming more and more of a problem. Carpal tunnel syndrome is a painful condition caused by a compression of the nerve in the wrist as a result of repetitive work with the hands. The nerve compression causes pain when gripping, weakness, numbing, burning and tingling in the palm and fingers. The pain may extend all the way up the arm to the shoulder.

Research has also shown that vitamin B2 can help carpal tunnel syndrome and that the effect is even greater when B2 and B6 are combined (Proc Nat Acad Sci 1984;81:7076-8). Adding B2 may help because it is necessary for the conversion of B6 (pyridoxine) into its active form (pyridoxal 5'-phosphate). Though we are not aware of any studies looking at the effect of adding magnesium, magnesium also plays a role in that conversion. If you are adding B2, try a dose of 10mg a day.

For most people, the regular B6 form is fine. However, the active pyridoxal 5'-phosphate form may be even better, especially if you have liver disease, and you should try using it if the regular form has not produced any results at all after 6 weeks of supplementation.

Some things can interfere with your body's ability to use B6. Some of the more important ones are alcohol, excessive protein, birth control pills, dopamine, penicillamine, and the food colouring FD&C yellow #5.

Immobilizing the wrist with a splint day and night may also help.

Research also suggests that flexing the wrist and fist with arms extended before work and during breaks might help (Modern Med 1996;64:14-15).

Acupuncture can be of great help. In one study, 35 of 36 people with carpal tunnel syndrome were helped by acupuncture, even though 14 of them were not helped by surgery (Am J Acupunct 1990;18:5- 9). The National Institutes of Health says, based on a review of all the literature, that acupuncture "may be useful as an adjunct treatment or an acceptable alternative or be included in a comprehensive management program" (JAMA 1998;280:1518-24).