Natural Solutions for The Double Burden of Depression & Anxiety 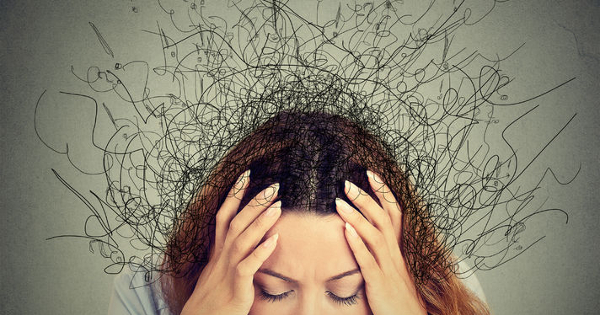 There is also a condition called Mixed Anxiety and Depressive Disorder (MADD), in which neither one predominates or is severe enough to warrant a psychiatric diagnosis separately, but, combined, do warrant a diagnosis.

Several natural supplements are effective for treating both depression and anxiety. Knowing about these treatments can be important from a perspective both of cost and of effectiveness.

An important emerging herb for the treatment of depression is saffron. When people with depression were given 30mg of saffron extract or 100mg of the drug imipramine, the improvement was equal in the two groups, but the saffron was better because it was safer (BMC Complement Altern Med 2004;4:12). When 15mg of saffron petal extract or 10mg of Prozac are taken twice a day by people with depression, saffron brings about a significant effect that is equal to the effect of Prozac (JEthnopharmacol 2005;97:281-284; Prog Neuropsychopharmacol Biol Psychiatry 2007;31:439-442). Meta-analyses of saffron and depression have found the herb to be better than placebo and at least as good as drugs with the advantage of being safer (J Integr Med 2013;11:377-383; Hum Psychopharmacol 2014;29:517-527).

The evidence continues to mount for this impressive herb. When sixty people with mild to moderate depression and anxiety were given the SSRI citalopram or 30mg of saffron for six weeks, the response to both treatments for depression and anxiety was significant and equal, meaning that saffron was as good as the drug (Pharmacopsychiatry 2017;50(04):152-60).

And now, in a just published study that seems to be the first study of kids with MADD, 68 kids between the ages of 12 and 16 were given either a placebo or 14mg of standardized saffron extract twice a day for eight weeks. All of the kids suffered from mild to moderate depression and anxiety. They were then evaluated for separation anxiety, social phobia, generalized anxiety, panic, obsessions/compulsions, and depression. The saffron produced significantly better improvements in overall symptoms and separately on separation anxiety, social phobia and depression. Overall, the saffron group had a 33% reduction in their symptoms compared to a reduction of only 17% in the placebo group. Anyone who had a greater than 50% improvement in total score was considered to be a responder. While only 11% of the placebo group were responders, 37% of the saffron group were (J Affect Disord 2018;232:349-357).

This gentle herb is as powerful as the not so gentle anti-anxiety drugs. Lavender oil capsules were compared to the benzodiazepine lorazepam in a six week study of people with Generalized Anxiety Disorder (GAD). The results were the same for both treatments: lavender produced a 45% improvement on the Hamilton Anxiety Scale (HAMA) and lorazepam produced a 46% improvement. Unlike benzodiazepines, though, the lavender oil was safe, non-sedating and non-addictive (Phytomed 2010;17(2):94-9).

Lavender can also compete with antidepressant drugs. People suffering from depression were given 60 drops of lavender tincture and placebo or 100mg of the antidepressant drug imipramine and placebo or 60 drops of lavender and 100mg of imipramine in a double-blind study. After 4 weeks, all 3 groups improved significantly. The group taking both imipramine and lavender experienced a significantly greater improvement than those taking either treatment alone (Prog Neuropsychopharmacol Biol Psychiatry 2003;27(1):123-7).

And one more intriguing thing about lavender, depression and anxiety. Anxiety, stress and depression during pregnancy can have a negative effect on the health of both the mother and child. So, in a double-blind study, researchers asked 141 healthy pregnant women to rub either placebo cream or lavender cream onto their legs for ten to twenty minutes 1.5 hours before going to bed. The lavender cream contained 1.25% lavender essential oil. At the end of the eight week study, there was significant improvement in anxiety, stress and depression in the lavender group compared to the placebo group. By the end of only the fourth week, there was already significant improvement in stress and anxiety (J Caring Sci 2015;4:63-73).

But a placebo-controlled study has now also shown that 200mg of 5-HTP significantly reduces the reaction to a panic challenge in people with panic disorders. There was improvement in anxiety, panic symptom score and the number of panic attacks (Psychiatry Res 2002;113:237-43).

Rhodiola has the impressive ability to calm you down and energize you at the same time. Rhodiola calms stress, improves well-being and decreases mental and physical fatigue. When 80 people with mild anxiety were given either 200mg of Rhodiola rosea or nothing twice a day for two weeks, compared to the control group, the rhodiola group experienced significant reductions in anxiety, stress, anger, depression and confusion. They also had significant improvement in overall mood (Phytother Res 2015; 29(12):1934-9). So, rhodiola also helps both anxiety and depression.