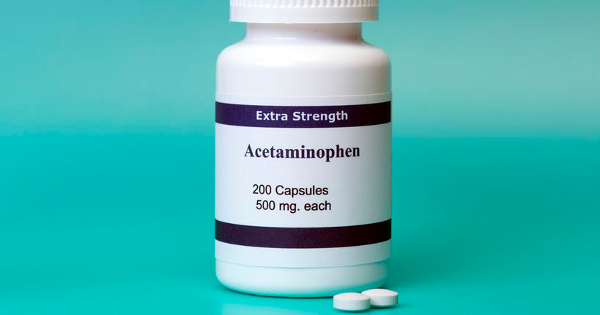 Another damning study indicates it is simply time to pull the plug on this outdated drug.

The study just published in JAMA Pediatrics once again indicated that women who take acetaminophen during pregnancy are more likely to have a child with attention deficit hyperactivity disorder (ADHD). The researchers also found that prenatal exposure to the medication was associated with a higher risk of having children who exhibit other emotional or behavioral symptoms.

Recent detailed analysis of clinical studies on acetaminophen (Tylenol) have concluded that this popular drug was ineffective for low back pain and provided no significant clinical relief of hip or knee osteoarthritis (OA) pain, while quadrupling the risk for liver damage.

All together, the results from all of these analyses further calls into question whether this drug should still be on the over-the-counter market or at all.

Acetaminophen is the only remaining member of the class of drugs known as “aniline analgesics” that is still on the market, as the rest were discontinued long ago. Acetaminophen only blocks the feelings of pain and reduces fever, it exerts no significant anti-inflammatory or therapeutic action.

It is well-known that acetaminophen is very hard on the liver. About 40% of regular acetaminophen users show signs of liver damage. Acetaminophen reduces the liver’s store of the important detoxifying aid and antioxidant glutathione. When acetaminophen is combined with alcoholic drinks or other compounds toxic to the liver including other medications, its negative effects on the liver are multiplied. It should definitely not be used in anyone with impaired liver function and given the stress the liver experiences during pregnancy, it appears unwise to use it while carrying a child for both mother and the developing fetus.

Acetaminophen is often the drug of choice in children to relieve fever. However, use for fever in the first year of life is associated with an increase in the incidence of asthma and other allergic symptoms later in childhood. Asthma appears to be another disease process that is influenced greatly by antioxidant mechanisms. Acetaminophen severely depletes glutathione levels not only in the liver, but presumably other tissues as well, and should definitely not be used in people with asthma.

Each year acetaminophen causes over 100,000 calls to poison control centers; 50,000 emergency room visits, 26,000 hospitalizations, and more than 450 deaths from liver failure. In addition, regular use of acetaminophen is linked to a higher likelihood of Alzheimer’s disease, infertility, and hearing loss (especially in men under 50 years of age). Acetaminophen use during pregnancy has also been linked to the development of ADHD confirming animal studies showing acetaminophen use in pregnancy can disrupt normal brain development.

The results from this study and others are clear. Stay away from acetaminophen. Most people consider acetaminophen (e.g., Tylenol) as being an extremely safe pain reliever for both children and adults. The reality is that it can be extremely dangerous and causes significant side effects. The FDA has done a poor job alerting the public to the dangers of acetaminophen. In my opinion, it is a drug that serves no real medical purpose in the 21stcentury. Bottom line, it is time to pull it from the market.

As far as alternatives to acetaminophen during pregnancy, I would recommend ginger. Historically, the majority of complaints for which ginger (Zingiber officinale) was used concerned the gastrointestinal system as well as pain and inflammation. Several double-blind studies have shown ginger to yield positive results in a variety of gastrointestinal issues, especially those related to nausea and vomiting including severe morning sickness. In regards to pain and inflammation, dozens of clinical studies have supported this use with positive results in various forms of arthritis, chronic low back pain, muscle pain, and painful menstruation.

Ginger powder, ginger tea or a shot of fresh ginger juice added to any fresh fruit or vegetable juice is certainly a much better option to acetaminophen anytime, but especially during pregnancy.

My overall interpretation of the study is that depletion of glutathione caused by acetaminophen leaves cells, especially brain cells, susceptible to damage. I believe that future studies will not only show more evidence of a link to ADHD, but also autism as well. Glutathione is absolutely critical in protecting cellular function. Any factor that depletes glutathione is obviously going to alter proper development. In addition to acetaminophen, the following factors can deplete glutathione:

To boost your glutathione level it is important to focus on a diet rich in colorful fruits and vegetables. Their rich source of antioxidant phytochemicals and nutrients spare the use of glutathione and help to keep cellular levels high.

For additional related research use the following links: