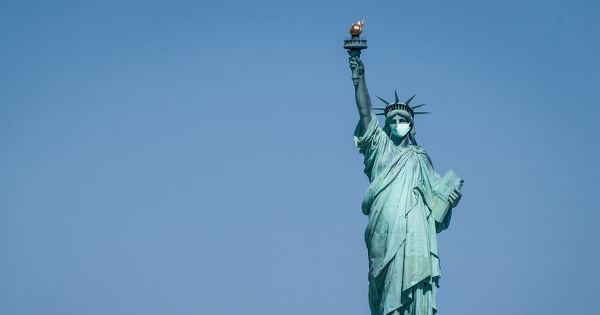 Opinion | The New York State Bar Association (NYSBA) House of Delegates approved resolutions on Nov. 7, 2020 that included urging the state to consider mandating a COVID-19 vaccine once "scientific consensus" emerges that it is safe, effective and necessary.1 The NYSBA also called for a number of other legal reforms and public health measures related to COVID-19, such as adopting crisis standards of care, developing resource allocation guidelines, and conducting public awareness campaigns to urge voluntary vaccination.

The resolutions were prepared by the association's Health Law Section's Task Force on COVID-19, which published a report in May, 2020 citing Jacobson v. Massachusetts, a 1905 U.S. Supreme Court case that upheld the authority of states to make and enforce compulsory vaccination laws during public health emergencies, as grounds for launching a rapid mass vaccination plan in New York as soon as the federal government has licensed a COVID-19 vaccine.2

The resolutions3 also called for the state to enact a state emergency health powers act "drawing upon the Model State Emergency Health Powers Act (MSEHPA), developed by the Center for Law and Public Health at Georgetown and John Hopkins Universities," as well as to adopt crisis standards of care and resource allocation guidelines.

After terrorist attacks on New York City and Washington, DC on Sept. 11, 2001, and subsequent threats of biological warfare against U.S. citizens, federal health officials immediately began preparing for mass anthrax and smallpox vaccination campaigns. National vaccination programs targeting civilians, including children, were proposed in model state legislation created by Lawrence Gostin, of the Georgetown Center for Law and the Public's Health with funding from the Centers for Disease Control and Prevention (CDC). The MSEHPA laws proposed to re-write state public health laws to give government health officials sweeping new power over citizens when public health "emergencies" were declared by the Secretary of DHHS or state governors.4

As of July 15, 2006, 38 states and Washington, DC have passed a total of 66 bills or resolutions that include provisions from or closely related to the MSEHPA.6

The American Civil Liberties Union (ACLU), the National Vaccine Information Center (NVIC), and organizations on both the right and left of the political spectrum have opposed the Model Act for its lack of informed consent protections and other threats to civil liberties. The ACLU found that the Act is replete with civil liberties problems.7

No System of Checks and Balances

Because public health authorities make mistakes, politicians abuse their power, and there is a history of discriminatory use of the quarantine power against particular groups of people based on race and national origin, there must be a system of checks and balances. The MSEHPA lets a governor declare a state of emergency unilaterally, fails to provide due process procedures for quarantine and other emergency powers, lacks adequate compensation for seizure of assets, and contains no checks on the power to order forced treatment and vaccination.8

The Model Act goes well beyond bioterrorism and includes an overbroad definition of "public health emergency" that sweeps in HIV, AIDS, and other diseases that clearly do not justify quarantine, forced treatment, or any of the other broad emergency authorities that would be granted under the Act.9

The Act requires the disclosure of massive amounts of personally identifiable health information to public health authorities, without requiring basic privacy protections and fair information practices that could easily be added to the bill without detracting from its effectiveness in quelling an outbreak. The Model Act would undercut existing protections for sensitive medical information that not only threatens to violate individuals' medical privacy but undermines public trust in government activities.10

Not Just Another Petition – Let Your Voice Be Heard Now!

Say NO to a forced coronavirus vaccine and other compulsory medical interventions. Take Action Here

The Vaccine Reaction, or TVR, is a free online subscription journal newspaper published by the National Vaccine Information Center (NVIC), a 501(c)(3)H nonprofit organization. We do not accept advertising. Our website is hosted by Mercola.com. Become an e-mail subscriber to the publication here.