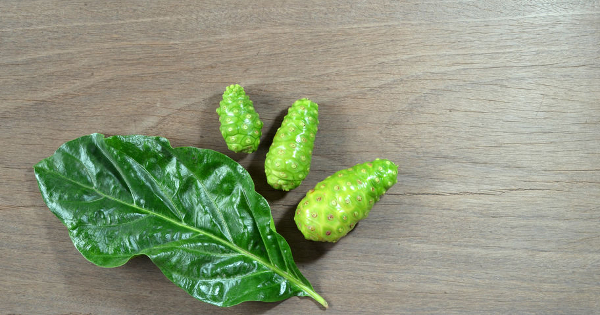 Cigarette smoking is known to lead to many different kinds of cardiovascular diseases. What can be done to prevent this? Quitting smoking is best, but a study shows that drinking noni juice may reduce the risk for this top killer among smokers

Cigarette smoking is one of the leading causes of death in the U.S. People who smoke cigarettes may die from complications in their respiratory and cardiovascular systems. Smokers may also develop lung cancer or tuberculosis.

In the U.S., government data show that cigarette smoking causes around one in every five deaths each year, resulting in more than 480,000 deaths annually including those from secondhand smoke.[i]

While the dangers of cigarette smoking cannot be entirely alleviated, let's look back at a 2012 study on how drinking noni juice may be helpful in reducing the risk factors for cardiovascular disease among smokers.[ii]

To find out whether this risk can be reduced, researchers from the University of Illinois at Chicago College of Medicine investigated the effects of fruit antioxidants such as noni juice (Morinda citrifolia) on smokers. For the study, 132 adult smokers were divided into three groups.

"The blood lipid profiles of heavy smokers were improved after 4 weeks of noni juice ingestion, even when compared to a fruit juice placebo … The antioxidant activity of iridoids in noni and the lack of iridoids in the placebo suggest that they are responsible for at least some of the protective or adaptive effects of noni juice observed in this trial."

In the end, drinking noni juice significantly reduced the cholesterol levels of participants in the study.[iii] In both noni juice groups, there were reductions in mean cholesterol, triglyceride and high-sensitivity C-reactive protein (hs-CRP) levels observed, with the post-trial results found significantly lower than pre-trial as well as placebo group values.

According to a report from Health Physics, cigarette smoking has led to "443,000 deaths and 5.1million years of potential life lost among the U.S. population each year from 2000 through 2004," while the collective radiation dose from cigarette smoke is 36 times more toxic than that from nuclear power plants.[iv]

The U.S. Centers for Disease Control and Prevention explained that smoking damages a person's blood vessels by making them narrow and thick. This causes high blood pressure and can lead to a stroke.[v]

According to a study, smoking only about one cigarette a day translates to a risk of developing coronary heart disease and stroke much higher than expected, or around half that for individuals who smoke 20 per day. Essentially there is no safe level of smoking for cardiovascular disease.[vi]

If you decide to quit smoking, it is an important step to staying fit and well, but leading a healthy lifestyle will be a sound and necessary move during smoking cessation. One of the ways to stay healthy is to eat the types of food that are good for your heart and lungs, including noni juice.

Other types of antioxidant-rich foods may also be beneficial. For instance, a 2017 report published in Oxidative Medicine and Cellular Longevity found a link between pomegranate juice and a reduction in the incidence of lung cancer among animal subjects that were exposed to cigarette smoke.[vii]

Other Perks From Drinking Noni Juice

Noni juice comes from an evergreen tree that grows in tropical regions around the world. Researchers of the featured study explained that noni fruit has a significant use both as food and medicine among those in Southeast Asia and the Pacific Islands.

Some of the other benefits of drinking noni juice include lowering blood pressure,[viii] reducing risk of cancer[ix] and having a protective effect against memory impairment.[x] 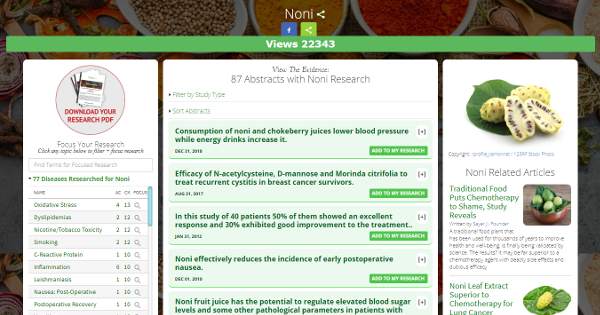 [i] U.S. Department of Health and Human Services cdc.gov/tobacco/data_statistics/sgr/50th-anniversary/index.htm