Views 20533
Posted on:
Thursday, April 19th 2018 at 10:45 am
Written By:
Dr. James DiNicolantonio
This article is copyrighted by GreenMedInfo LLC, 2020
Visit our Re-post guidelines 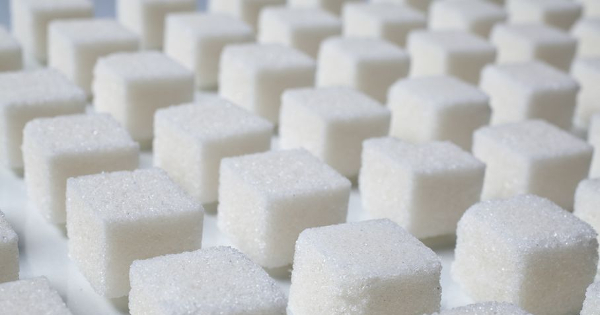 If you're at risk for or have had a kidney stone, you have probably been advised to cut your salt intake, long forgotten is that salt has been known to reduce the risk of kidney stones in animals

Indeed, supplementing people with an extra 3,000 mg of sodium per day (which is found in about one and one-third teaspoons of salt) giving them over 5,300 mg of sodium per day (or about two and one-third teaspoons of salt, which is more than twice the recommended amount of sodium intake per day) has been found to lower the risk for calcium oxalate stone formation. Again, this is because the increased salt intake causes an increased intake of fluid, increasing urinary output, and reducing the supersaturation of calcium oxalate in urine. In other words, a greater salt intake means a greater fluid intake which causes a more dilute urine and less risk for kidney stone formation.

Who would have thought that salt, the white crystal we have demonized for decades as a cause of kidney stones may actually be a solution to the problem? My book, The Salt Fix, dives into many other health conditions that may actually be improved by eating more not less salt.

And it makes physiological sense that consuming more salt would lower the risk of kidney stone formation. It's well known that a low fluid intake is one of the biggest risk factor for kidney stone formation. In regard to kidney stone risk, low-salt diets would be especially problematic for those living in hot climates who are at risk of salt and fluid depletion. And salt is not only protective of kidney stones because it increases water intake. Since 1971, it has been known that sodium is one of the "recognized physiological inhibitors of mineralization.” (King JS Jr 1971). Indeed, the risk of kidney stone formation actually seems to decrease as the urinary sodium (Na)/calcium (Ca) ratio increases. The theory is that sodium competes with calcium and forms more soluble mineral complexes that are less likely to precipitate out in the urine. In other words, the higher the sodium in the urine compared to calcium, the lower risk for kidney stone formation. In fact, the increased risk of kidney stones in patients with ulcerative colitis has been suggested to be due to their low urinary sodium. People with inflammatory bowel disease such as those with ulcerative colitis or Crohn's disease have a low urinary sodium because they have trouble absorbing salt in the diet.

So if you have kidney stones, you can feel less guilty about the salt shaker; but here's the bad news. Another white crystal is the real culprit for increasing the risk of kidney stones all along. Indeed, sugar is a greater risk factor for kidney stones than sodium.

A common finding in kidney stone patients is an increased urinary calcium excretion, which seems to be driven by an increased acid excretion in the urine. It turns out that consuming sugar causes exactly that, increasing acid and calcium excretion out the urine. The study by Lemann J Jr. et al also suggests that sugar may enhance the risk of kidney stones by affecting the way the kidneys handle sodium. As previously discussed, sodium seems to compete with calcium for reabsorption in the kidneys. Sugar, on the other hand, enhances the reabsorption of sodium in the kidney, increasing calcium excretion and reducing urine output. This leads to a more concentrated urine and hence a greater risk of kidney stone formation. And other studies have confirmed this finding.

The consumption of sugar-sweetened soda and punch is associated with an increased risk of kidney stones. And diabetes and poor glycemic control are also well known risk factors for kidney stone formation, both of which are driven by diets high in sugar. Asian populations, who typically consume high amounts of salt, but lower amounts of sugar, have a much lower prevalence of kidney stones compared to Europeans or North Americans.

Kidney stones affect around 10% of people in the western world and the annual health care costs associated with kidney stones just in the United States are said to be over $2 billion. In order to reduce the pain and suffering (and the monetary burden) caused by kidney stones, our governments and health institutes and dietary guidelines should focus more on reducing the intake of refined sugars and worry less about salt.