Views 16208
Posted on:
Sunday, February 16th 2014 at 10:15 am
Written By:
Sinfully Wholesome
This article is copyrighted by GreenMedInfo LLC, 2014
Visit our Re-post guidelines

Jeanne Louise rubbed Olive Oil into her skin on a daily basis and credited Olive Oil with her youthful appearance and longevity. 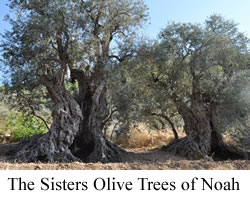 Olive trees are famous for their longevity and are amongst the oldest living things in the world. A grove of sixteen olive trees in Lebanon known as "The Sisters" or "The Sisters Olive Trees of Noah" are estimated to be between 5,000 to 6,000 years old and still produce fruit and Olive Oil to this day.

Ancient civilizations revered the Olive for it's longevity, life sustaining powers and skin regenerating properties. They believed that the qualities inherent in Olive trees, that allowed them to live for thousands of years, were contained in the fruit and oil of the tree. And that these qualities could be passed on to the peoples of the Earth who consumed Olives and it's precious oil.

When the people of Athens asked the famous Greek philosopher Democritus, legendary for having lived more than one century himself, how to preserve one's health and live a long life, he responded, "Let us bathe our insides in honey, and our exteriors in olive oil."

The skin rejuvenating powers of Olive Oil were well known to the great physicians of antiquity. Hippocrates, Diocles and Galen all praised Olive Oil and utilized it their medical practices:

Today, modern research and evidence based medicine have not only confirmed Democritus, Hippocrates, Diocles and Galen's recommendations and prescriptions for longevity and youthful radiant skin, (see this GreenMedInfo research on Olive Oil) they have explained the properties of Olive Oil that contribute to its' tremendous ability to enhance and repair our skin.

Olive Oil is rich in vital antioxidants, essential amino acids, squalene, flavonoids, polyphenols (including a substance known as oleocanthal which has anti-inflammatory properties). Skin aging, as well as general body aging, seems to be closely tied to the inflammatory process. Olive Oil also contains Omega components such as Omega 9, Vitamin A, Vitamin K, traces of Vitamin C and Vitamin E which is, in and of itself, another antioxidant.

These are all powerful anti-aging agents that when used regularly, can slow down the aging process and help to maintain a healthy vibrant glowing skin.

How to maintain healthy radiant skin with Olive Oil:

The easiest way to benefit from Olive Oil is to bathe in it daily. It should come as no surprise that the world's first and most famous soaps were made with Olive Oil. 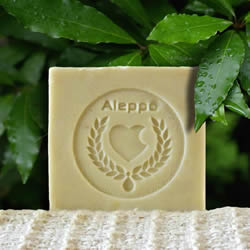 ​Aleppo Soap, the first bar soap ever made (circa: the 5th century BC) is formulated with Olive and Laurel oils. Aleppo Soap is renowned worldwide for being "The True Natural Soap". It's skin care properties are legendary. 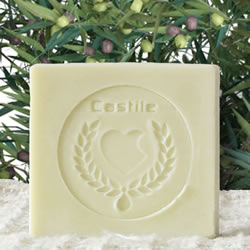 Genuine Castile Soap, as it was made 900 years ago in Castile (Spain) is made with 100% Olive Oil and is the first bar soap widely used in Europe. It is highly prized for it's anti-aging properties. Castile Soap is so famous that the name "Castile Soap" has been hijacked by modern commercial soap manufacturers who wish to cash in on it's reputation and use the name to sell soaps made with ordinary vegetable oils. 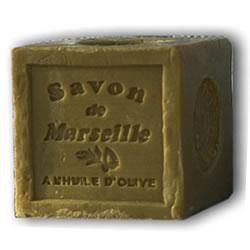 Marseille Soap, a "Castile Soap" made in Marseille France, was at one time regulated by Louis XIV's Edict of Colbert to be made only from Olive Oil. These regulations have since been relaxed and Marseille Soap can now legally contain any inferior vegetable oil. 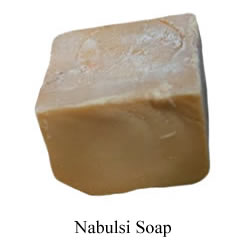 Nabulsi Soap, another "Castile Soap" made with 100% Olive Oil is produced only in Nablus in the West Bank of Palestine.

Of the four aforementioned soaps only Aleppo and Nabulsi soaps have remained true to their roots and have not deviated from the inclusion of Olive Oil in their formulas. Care should be taken when purchasing Castile or Marseille soaps to be sure that Olive Oil is the only ingredient used to make these soaps.

Substitutions: If you suffer from eczema, psoriasis, rosacea, melanoma or other skin conditions, you can substitute Argan Oil (a deep moisturizing oil unknown to Galen) for the Olive Oil.

Of course one of the best ways (which is surprisingly overlooked by many) to maintain a youthful, radiant complexion is to eat a healthy diet. The Mediterranean Diet, with it's emphasis on Olive Oil, has numerous benefits for good skin care and general health.