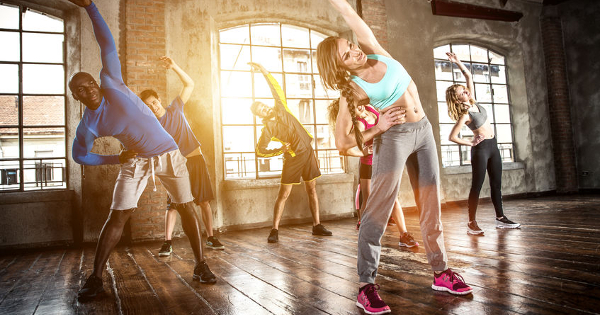 If current events are generating increased feelings of anxiety for you, research shows that yoga may be all you need to restore balance and calm to your life

A study out of NYU Langone Health has found that yoga can be a useful adjunct therapy for individuals suffering from generalized anxiety disorder (GAD). GAD affects nearly 7 million adults each year, with women twice as likely to be affected as men.[i] GAD is characterized by excessive worry and nervousness, as well as catastrophizing, the tendency to expect disastrous outcomes even when such fears are unwarranted.

While everyone experiences worry and nervousness at times, GAD is diagnosed when a patient experiences a state of heightened anxiety for more than six months that is accompanied by three or more physiological symptoms such as poor digestion, hyperventilation, increased heart rate, strained concentration, weakness and troubled sleep.[ii]

Researchers from NYU Grossman School of Medicine sought alternatives to pharmaceutical treatments for GAD that would be complimentary to established care, safe and accessible for the masses.

They devised a study examining the effects of yoga on symptoms of anxiety, as compared to the effects of educational interventions and cognitive behavioral therapy (CBT). Results were published online in August 2020, in the journal JAMA Psychiatry.[iii]

Each of the three groups attended weekly sessions in smaller groups of four to six participants each. Each group session lasted two hours, with 20 minutes of daily homework assigned.

The yoga group was instructed in Kundalini yoga, known as the mother yoga, as it is believed to be the root discipline from which all other yoga techniques are derived. Kundalini yoga combines body movements, breathwork and sound or vibrational healing.

The primary outcome being measured was acute GAD response, assessed via scores on the Clinical Global Impression-Improvement Scale. Scores were recorded at baseline and throughout the 12-week trial. After the study was completed, researchers delivered the comprehensive data to trained independent raters to be analyzed.

Upon completion of the data-analysis by independent statisticians, researchers concluded that a once-weekly Kundalini practice had a notable positive improvement on symptoms of generalized anxiety disorder as compared to the control group.

With an improvement rate of 54.2% in the yoga group and 33% in the control group, the benefits of doing yoga just once per week versus receiving generalized education on how to manage stress was statistically significant.[iv] CBT, the accepted standard for treating GAD, had an even greater statistical impact on anxiety.

This innovative study suggests that a once-a-week yoga practice can lead to significant relaxation benefits for individuals dealing with unwelcome feelings of anxiety. However, changing negative thought patterns related to stress has the highest likelihood of creating long-term positive effects on patients with GAD.

According to lead study author Dr. Naomi M. Simon, a professor in the Department of Psychiatry at NYU Langone Health, yoga can be a safe alternative therapy that, thanks to the internet, is accessible to anyone at any time, from anywhere.

"Our findings demonstrate that yoga, which is safe and widely available, can improve symptoms for some people with this disorder and could be a valuable tool in an overall treatment plan," she said in a news release.[v]

Engaging with yoga can unlock the intrinsic mind-body connection in ways that are both mysterious and surprisingly effective at freeing the body from disease. Studies on Kundalini yoga have shown demonstrable benefits for sufferers of mental health conditions such as post-traumatic stress disorder (PTSD), obsessive-compulsive disorder (OCD),[vi] Alzheimer's disease[vii] and more.

One of Kundalini yoga's many reported benefits is its ability to effectively rewire your brain by increasing blood flow to the parts responsible for feelings of joy, compassion and contentment.[viii] To learn more about the ancient science of Kundalini yoga, consult the GreenMedInfo.com database for research abstracts on this powerful therapeutic modality. 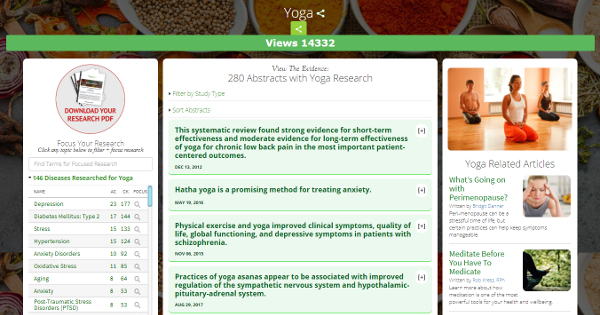