The Only Way to Cure Depression

Views 1719
Posted on:
Wednesday, March 20th 2019 at 11:15 am
Written By:
Tracy Kolenchuk
This article is copyrighted by GreenMedInfo LLC, 2019
Visit our Re-post guidelines 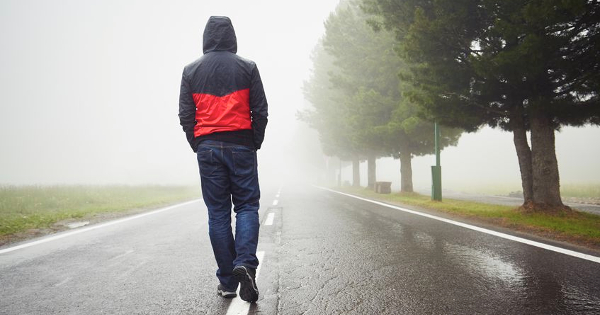 It's interesting because years ago, depression was widely considered curable. Now, it's incurable. How did this happen?

Part of the problem is that depression can be a symptom or a disease.

Are symptoms curable? Well - truth be told - curable is not defined in the current bureaucracies of conventional medicine. Many medical dictionaries do not contain the word cure, and no medical reference text provides a scientific medical definition of cure, cures, curing nor cured. So, do we cure disease, or do we cure symptoms? In medical speak, we can only cure diseases - but the line between symptoms and diseases is not clear - and it moves over time.

The DSM-5, the current Diagnostic and Statistical Manual of Mental Disorders, is the official medical bureaucracy book of mental disorders. You might be surprised to learn that there are no cures for any mental disorder listed in the DMS-5. Not one. The DSM-5 does not recommend treatments, much less cures. The only reference to the word cure that I can find is hope for "eventual cures for these conditions". At this time, by omission, according to the DSM-5, there are no cures. Therefore depression cannot be cured. Maybe, someday, eventually, but today? Not.

There are lots of causes of depression. If the cause is addressed, the illness is cured. That's how cures work.

And that's not all.

That's the current state of cure, with regards to depression - and all mental disorders. No cures are possible. If someone has depression, they can be "treated" with drugs that aim to reduce the signs and symptoms. But they can't be cured. If anyone claims to have cured their depression, the medical system's response is "just ignore them. They must be crazy. Give them some drugs to prevent a relapse".

How to Cure Depression

If depression cannot be cured "officially" can it be cured? Of course, it can. Depression is only incurable according to the bureaucracies of conventional medicine.

If you want to cure depression, it is necessary to go outside of conventional medicine. The first step is to convert your depression back into a symptom. Then, look again at the above examples.

The Elements of Cure:

Every illness can be cured. An illness is cured when the cause has been addressed when, healing has completed, and no more medicines are required.

Curing depression, sometimes, can be trivial. So trivial - that it is cured before it is diagnosed as depression. Sometimes, depression is cured - even after it has been diagnosed, but the medical bureaucracies are forced to judge it to be "in remission" or maybe it wasn't really a depression "disease".

But not by medicines.

How to Cure Depression:

I am not a doctor. Dr. Stephen S. Ilardi in The Depression Cure provides a comprehensive technique and plan to cure depression. It's an excellent book that can be used DIY (Do It Yourself) or with a coach, to cure depression - not to provide "spontaneous remission". It's a book I need to add to my list of Books That Cure. There is another book to cure depression in that list: A Mind of Your Own: The Truth About Depression and How Women Can Heal Their Bodies to Reclaim Their Lives by Kelly Brogan, M.D., Kristin Loberg. Dr. Kelly Brogan suggests a similar list of cure causes, including diet, sleep, exercise, but adds fluoride, and thyroid function - a problem more likely to be encountered women, her target audience. Both doctors provide considerable evidence that drugs do not perform better than placebos except in very exceptionally severe cases.

to your health, tracy
Author: The Elements of Cure

For additional research on natural interventions for depression, visit the GreenMedInfo database on the subject. 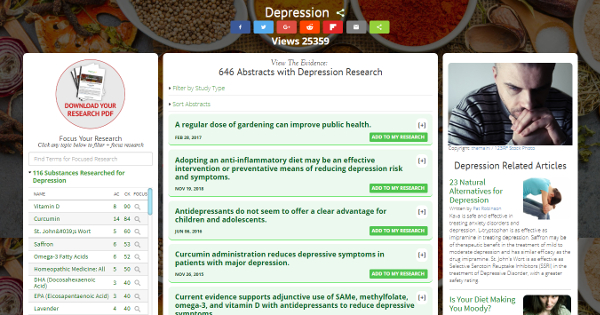