OP-ED: Coronavirus: How a Rational CDC Scientist Would Think, if One Existed 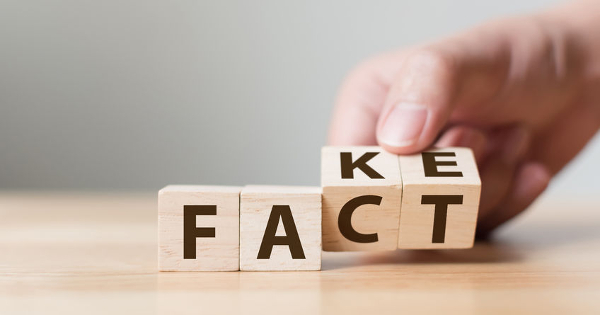 In a recent article, I explained why the diagnostic test for the coronavirus in a patient is worthless and unreliable. The implications of that fact are enormous.

Here, I want to make further comments on fake science.

A rational researcher, at the CDC, if one existed, would say, upon hearing of a possible outbreak in the city of Wuhan: "Let's see the proof that a new virus is responsible, is the causative agent."

What kind of proof would he be asking for?

First, he would want to know, "Do researchers there have an actual biological specimen of this new virus? Do they have the real thing?"

And if the answer came back yes, he would reply, "We're sending in one of our Wuhan people so he can confirm that."

But how would the confirmation work? You can't just lay a specimen of a virus on a table and shine a light on it. It's far too small to see.

There is a traditional method of observation. It's called an electron microscope photograph (an EM). Certain established procedures exist for obtaining an EM from a patient's tissue sample. The CDC scientist would want to make sure the Chinese scientists had carried out this process correctly.

He would say, "Let's have a look at the Chinese EM." He wants to confirm there are many identical particles of the new virus in the EM. Let's buck the odds and imagine he does confirm it. So far, so good.

But there is more. And here is where the rubber meets the road and the failure factor is very high. I need to back up a bit to explain.

When a clinical trial of a new drug is done (and here I'll make a gigantic leap and assume it's done correctly), is it carried out on one patient?

Is the result of giving the drug to a single patient then extrapolated to mean everyone will react the way this one person did? Of course not. That would be absurd. In a clinical trial, sooner or later, researchers are dealing with a large number of volunteers. A thousand or more.

So, in the case of a new coronavirus, in China, the rational CDC scientist would say: "I want to see electron microscope photographs derived from five hundred patients who have been provisionally diagnosed with the new disease."

I myself ask, where are these photographs? Where are the completely necessary photographs? Because the Chinese scientist would tell his CDC counterpart, "Oh, we didn't carry out the EM procedure on five hundred patients. We carried it out on one. Two. Maybe three. I'm not sure."

At which point, this fantasy rational CDC scientist would blow his stack. He would say, "You're declaring a new epidemic based on two or three photographs from two or three patients??"

Of course, I would need rock solid proof that, at the CDC, there is a rational scientist who would ask for EM pictures from five hundred patients, and explode if he couldn't find them because they were never done. Show me such a rational CDC scientist. Bring him forward. I want to interview him. I want to find out how he feels being ostracized by every other scientist at the CDC.

Consider this likely scenario---which explains why researchers only did the EMs on two or three of the patients. If someone actually performed the electron microscope work on 500 patients diagnosed with the new disease, he would find some indication, in the photographs, of a coronavirus in maybe nine patients.

At which point, in Wuhan, they would shrug and say, "Well, wow, that didn't work out. What a flop. Our hypothesis of a new disease based on a new coronavirus collapsed. We should have been able to see lots of the virus in the photos from ALL 500 patients, or at least the overwhelming percentage of the 500. And we didn't. Back to the drawing board. Let's see. What's the primary sign of the new disease? Pneumonia? Come to think of it, about 300,000 people in China die of pneumonia every year. How about we look at some studies on the air quality here in Wuhan? I think my colleague down the block has a pile of them. Let's walk over there. Anybody have a searchlight so we can see the street through the fog of pollution? Let me get my oxygen tank and breathing helmet."

And that would be the end of that.

Back in Atlanta, the rational CDC scientist would say to his colleagues, "That Chinese outbreak wasn't a virus. How about we spend the afternoon going through some of our own studies on vaccines? I know the fraud is rampant. Let's get it out in the open."

Sure. Happens every day over at the CDC.

Of course, I could be wrong. Maybe someone has done electron microscope photographs derived from 500 patients diagnosed with the new epidemic disease. LET'S SEE THE PHOTOS. SHOW THEM TO ME. We'll have a few non-conflicted experts analyze them.

Otherwise, don't talk about science. There is no science going on.

Talk about fakery. And liability. And prison.

For more information on the problem with testing, and false positives, read David Crowe's article here: Does the 2017 Coronavirus Epidemic Exist?