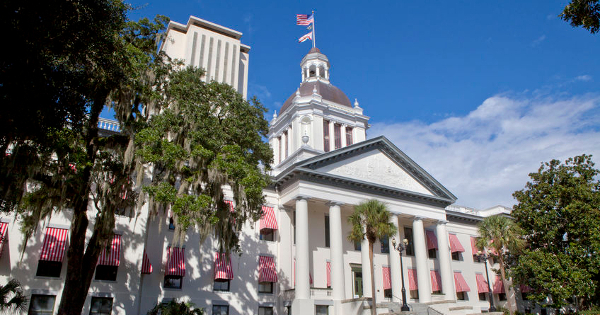 I am a board certified physician licensed in the State of Florida since 1980. I served the South Broward Hospital District, Memorial Hospital for 25 years as a Diagnostic and Interventional Radiologist from 1981 to 2006, and from 2006 to the present, resumed outpatient clinical medicine in Davie Florida.

The reason for this email is to express to you my opposition to Senate Bill SB64 which repeals the religious exemption to vaccination and further restricts medical exemptions, creating a de facto "mandatory vaccination" for child entry to schools. There are two areas of concern.

The first: Mandatory vaccination laws violate various civil rights, religious freedoms, and personal freedoms such as the right to decline a medical procedure without coercion. As you may know, California and New York, both heavily Democratic states, have already passed similar draconian legislation. In recent Court challenges in New York, the Courts have ruled in favor of the State, confirming the State's authority to remove religious exemptions and/or impose compulsory vaccination "to protect the public health". The failure of these Court challenges brings a sense of urgency to oppose SB64.

My second area of concern about SB64 as well as vaccine legislation in general is the obvious one. Our nation has a "broken vaccine system" beginning with the 1986 Vaccine Act which removed liability from the Vaccine Makers, replacing it with a Federal Vaccine Court, which created VAERS ( the vaccine adverse event reporting system). One might then ask the next obvious question: Instead of "protecting the public health", could it be possible our "broken vaccine system" is paradoxically harming it? The answer to this heretical question, unfortunately, remains elusive because we do not have the proper long term placebo controlled clinical trials of the entire 72 dose recommended CDC vaccine schedule. (16 vaccines). Our surveillance system (VAERS) in woefully inadequate and cannot provide accurate information on each and every adverse event following a vaccination.

And yes, I am familiar with the AMA recent policy statement advocating elimination of Non-Medical Vaccine Exemptions. The AMA says: "The overwhelming scientific evidence shows that vaccines are among the most effective and safest interventions to both prevent individual illness and protect the health of the public." and the CDC says: "Vaccination is one of the "Ten Great Public Health Achievements in the 20th Century." However, both organizations have been captured by the pharmaceutical industry, and are merely serving as mouthpiece for them.

I have listed below an alternative legislative agenda with the same goal in mind, "to protect the public health", by fixing our "broken vaccine system".  Perhaps this agenda could be discussed among the Health Committee members, and hopefully lead to legislative initiatives as in other states.

2) Reclassify Vaccines from Biologics to Drugs Requiring Placebo Controlled Randomized Trials for Approval and Licensing same as any other Drug.

3) Vaccine Adjuvants such as Aluminum are to be classified as New Drugs, which require separate placebo controlled safety testing for the adjuvant.

4) Replace or Update VAERS so it captures 100% of all vaccine injuries and deaths, using a team of trained health professionals to track all vaccine events which are followed for at least one year, with 100% of all adverse events entered into the database.

7) Ban the practice of payments to hospitals for vaccination quotas for patient vaccinations.

8) Ban the practice of using Flu Vaccination status as a prerequisite for employment for hospital nursing staff and other health professionals.

9) CME's: Health professionals such as Pediatricians, and Pediatric Nurses will require 1 hour CME in recognizing and reporting vaccine adverse effects, the history of past discontinued (failed) vaccines etc.

10) Mandate Serologic-Genotype Testing for all viral disease cases to determine if the "epidemic" is caused by a vaccine strain virus which is not a "public health emergency".

11) Ban the use of vaccines during pregnancy unless the vaccine has been prospectively tested for safety and efficacy in Pregnant Women.

12) Ban the use of the Hepatitis B vaccine in newborns unless the mother tests positive for hepatitis B. Hepatitis B is transmitted through IV drug use or sexual contact, none of which is capable for newborns.

13) Pass resolutions condemning censorship on the Internet by Google, Facebook, and other social media of discussions questioning vaccines. We need a free and open debate.

15) Open a Congressional Inquiry into the Andrew Zimmerman MD, pediatric neurologist and expert witness for the federal vaccine court. Dr. Zimmerman's expert testimony, "That Vaccines Can Cause Autism in some cases" was suppressed and fraudulently misrepresented by federal vaccine court lawyers.

16) Open a Congressional Inquiry on "Why USA has Highest Infant Mortality Rate and Japan Lowest ?" Japan Banned the Hepatitis B Shot for newborns. In, Japan, vaccination is entirely voluntary, having no vaccine requirement for school entry.

17) Ban the "Revolving Door" practice by prohibiting top officials at the CDC and FDA from rotating from government job to executive for the drug industry and vice versa.

In closing, our nation is poised at a historic crossroads. Hanging in the balance is the question: Will we preserve the individual right to decline unwanted medical procedures, or will we descend into the tyranny of a medical police state? I respectfully request your opposition to SB64, and your support for the above Legislative Agenda to Fix our "Broken Vaccine System" and thereby "Protect the Public Health".

Please feel free to contact me for more details, references charts, etc. I am available to meet formally with the committee or informally in the office setting at your convenience for further discussions.

Link to my vaccination page with more of my articles:

Link to this page.