An Open Letter to Nick Paumgarten, Author of "The Message of Measles" 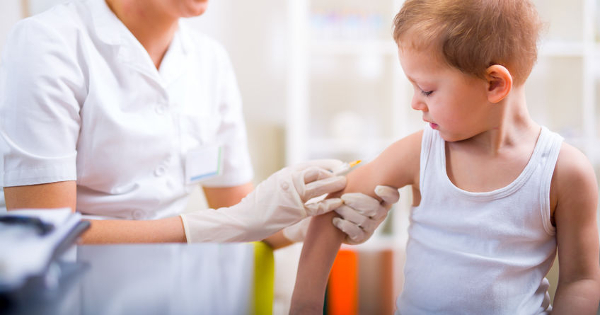 Mr. Paumgarten, it's long past time to address the misinformation in articles like yours, The Message of Measles, which paints such an intensely biased, extremist picture of those who delay or even refuse vaccines, that by my definition, it does not qualify as journalism.

In the first place, please stop calling us "anti-vaxxers." WE VACCINATED OUR CHILDREN. Our sons and daughters had medically-documented, serious adverse reactions to vaccines. Not redness, swelling, or a little fever, but autoimmune reactions, neurological reactions like seizure, encephalopathy, or loss of consciousness, and a host of others with long-term sequelae. Yet our children's injuries are dismissed and ignored, while we are inexplicably --and unethically-- told we must continue to vaccinate to protect others.

Why wouldn't we protest?

This isn't about your conspiracy theories of "the anti-vaccination movement," Andrew Wakefield, social media phenomena, "die-heard refuseniks," and this most certainly is not about "immunological amnesia."

Some of us are not even opposed to vaccines, only to compulsory vaccination. Others have, understandably, lost trust in the entire medical system. We are, however, united in our opposition to fraudulent product licensure, fraudulent product marketing, and corruption of government entities meant to oversee industry, but staffed by it instead.

Note that Merck has been in federal court since 2010 on fraud charges brought by their own virologists, who disclosed that they were actually forced to falsify efficacy data for the MMR vaccine.

This is especially significant because Merck, like other vaccine manufacturers, is already exempt from the gold standard requirement of randomized, double-blind, inert-placebo-controlled safety trials on vaccines because they are classified as "biologics" rather than "drugs." Yet, astoundingly, in the US, they cannot be sued for adverse reactions, not even if they are proven negligent.

Inadequate safety testing for a mandated medical intervention, yet full protection from liability -- this is a recipe for disaster.

As if that weren't bad enough, we also lack an adequate reporting system for post-vaccine adverse events.

The Vaccine Adverse Event Reporting System (VAERS) was intended to pick up signals of unanticipated adverse reactions. It was put in place in 1989 along with the Vaccine Injury Compensation Program, because children were suffering vaccine-induced seizures, and their parents were suing the vaccine manufacturers, who had never fully disclosed the risks.

Parent representatives and legislators agreed that the new reporting system would contain a Table of Injuries that would, under specific circumstances, automatically qualify for compensation, so that families could obtain necessary long-term medical care for their vaccine-injured children. This included seizures within a specified time frame following certain vaccines, already noted in package inserts as reported adverse reactions.

Under the 1986 National Childhood Vaccine Injury Act, physicians were and still are required to report post-vaccination events listed on the Table of Injuries.

But in February of 1995, seizures were quietly removed from the Table of Injuries by Donna Shalala.

So, today, most doctors don't bother to report post-vaccine seizures to VAERS, because they're not required to.

In fact, a 2010 CDC-funded study by Harvard Pilgrim found that less than 1% of the post-vaccination adverse events recorded by doctors in their own medical records were ever reported to VAERS.

This means that the Vaccine Adverse Event Reporting System fails to pick up signals of unanticipated seizure reactions, because the vast majority are not being reported.

It also means we have no idea how many serious adverse events follow vaccination, nor how many of those are genuine reactions. They're not reported; they don't get investigated. Even those that are reported are not adequately investigated. Also, there are no studies under way to uncover shared susceptibilities to adverse vaccine reaction.

We can't even find out how many seizure reactions WERE reported. VAERS staff, rather than the reporting doctors, assign one of at least 28 different reporting codes to seizure/encephalopathy/similar neurological events, which are then listed in alphabetical order together with ALL other event reports.

Even so, I was able to find over 7,500 reports of such reactions reported as associated with MMR vaccines.

Is that 1% of what really happened? More? Less?

It's completely unethical to use the "disdainful" (as you termed it, Mr. Paumgarten) pejorative, "anti-vaxxers" to manipulate the conversation, or even to describe the friends and families of children who suffered vaccine adverse reactions.

"But vaccines work," you weakly cry. Or do they?

The primary and secondary failure rates for the MMR vaccine are high enough to destroy any hope for the 95% "herd immunity" threshold we're told is necessary, even with 100% vaccination compliance.

Most people either have forgotten or are too young to know that the MMR vaccine was licensed under the promise that one shot would confer lifetime immunity. You know, I know, we all know that this is simply not true. A 2012 Mayo Clinic study shows that 2-10% vaccinated individuals don't make any antibodies to measles, even after 2 shots. This is called "primary vaccine failure." A 2012 study from the Helsinki Department of Infectious Disease Surveillance and Control shows that up to 18% whose vaccines initially worked have low-to-zero antibodies within FIVE years of being "fully" vaccinated. That's textbook secondary vaccine failure. Similar numbers for both primary and secondary failures had already been documented for MMR vaccines in 1985.

Let's take a look at the CDC data on MMR vaccine uptake: before 1985, we never had more than 66.8% vaccine coverage. Coverage was never higher than 89% until 1996. Yet the vaccine was thought to be a success -- because the vast majority of the herd had already had the measles, and was immune for life, unlike those who were vaccinated.

This data is shocking, considering that health officials and news media have been ingenuously blaming supposedly rising exemption rates for outbreaks, while failing to disclose that vaccination rates were actually steadily rising the entire time. Also steadily rising: the number chosen as the "herd immunity" threshold. In 1963, the original estimate for the vaccinated number needed to eliminate measles was 56%, but that was changed to 70%, 75%, 80%, 83%, 85%, and now we're at 95%, still without "herd immunity.

Health officials and news media have also failed to disclose vaccine failure issues. If they are unaware, that is seriously troubling. If they are aware but remained silent, that is even worse.

So, with Merck's MMR, we have a product that was licensed under potentially fraudulent circumstances, that was never required to be adequately tested for safety, with a failing government reporting system for adverse events, thousands of reports from parents that their children had devastating adverse reactions -- AND the vaccine has failed all along to perform as advertised. The MMR vaccine has never been shown to confer the lifetime immunity required for herd immunity -- and we've never had the 95% vaccine uptake rate that we're told is also required.

And you, Mr. Paumgarten, wrote an entire article focusing on blaming the people who say, "no, thank you" to what is, after all, an invasive medical procedure. You chose to blame people who have every reason to lose trust in a dishonest, unethical industry, but you demand that they, and everyone else, trust it, anyway.

You are, essentially, asking people to believe in your religion.

You disparage and blame people who have exercised their LEGAL right to both criticize and decline a severely flawed, invasive, sometimes harmful medical intervention. And your argument: a limp, half-truth of a whine, "but vaccines work," and "we don't need to relitigate the case for vaccines."

You're wrong, Mr. Paumgarten. We absolutely do need to relitigate the case for vaccines, because they don't work well enough, and more importantly, they don't work safely enough.

Don't you dare tell parents whose just-vaccinated children lost speech, brain function, and even their lives, that "vaccines work." They didn't work correctly for our children.

You have no right to sacrifice our children, nor anyone else's.

You don't have that right. Nobody does.

If you want children to be protected, then start advocating to repair the serious flaws and corruptive influences in our government and its vaccine program, and stop gaslighting its victims.