Is Organic Meat Truly Better for You? 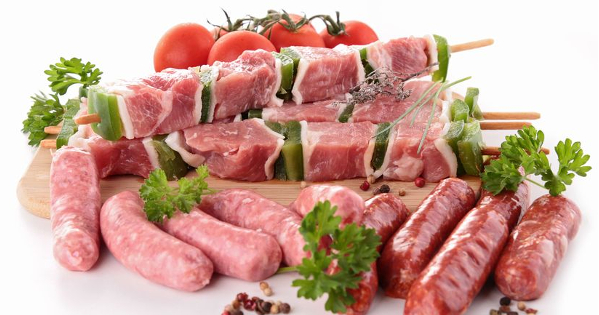 Without a doubt, organic produce is the superior choice compared to GMO and other conventional varieties, but do organic meats share the same benefits? The answer may surprise you.

This article was originally published on deannaminich.com and republished with permission. Original post here.

In the past few decades, the negative effects of pesticides have been receiving more and more attention in the media. As a result, the organic movement has experienced an exponential increase in popularity, with many of us aiming to eat organic produce whenever possible. While the studies are mixed on whether organic produce contain more nutrients than their conventionally-grown counterparts, they are presumably lower in pesticides, insecticides, and herbicides.

While there is much research lauding the benefits of organic fruit and vegetables, there are very few studies comparing organic meats to non-organic meats. Recently, a 2015 study dove into this topic, with surprising results.

In this study, Spanish researchers examined 76 samples of organic and conventional beef, chicken, and lamb for 33 carcinogenic pollutants that are commonly found in non-organic meat. As expected, pesticides were found in the non-organic samples.

The surprising finding came from the organic samples – not only were none of the samples free from contaminants, but the difference in levels of pollutants between the organic and conventional samples was very minimal.

Of the samples, they found that lamb – both non-organic and organic – had the highest level of pesticides of all the samples. In fact, the organic samples actually containing more pollutants than the non-organic!

In short, the organic meat was far from being devoid of persistent organic pollutants.

It appears that none of the researchers in this study were founded by the large meat industry, which makes the findings even more powerful.

Although studies on organic meat are rare (only 35 studies appear in Medline when “organic meat” is searched), a meta-analysis published in March 2016 showed that the nutrient quality was different between conventional and organic meat, with organic meat having more unsaturated fat, including the anti-inflammatory omega-3s.

Similarly, another group of researchers found that people who ate grass-fed beef had higher levels of omega-3s compared with those who ate conventional meat.

What does this mean? Should you stop eating organic meat altogether?

Deciding whether to eat meat, whether it’s organic or conventional, is a charged topic in and of itself. What we do know is that a significant portion of environmental toxins are stored in fat tissue, and animal products may have different types of fat, but they still have fat nonetheless.  So, you will probably not be able to avoid fat-soluble toxins regardless of the type of meat you choose, but you may be able to get more omega-3s from organic or grass-fed beef.

Furthermore, organic practices support the health and welfare of animals and aren't continually confined. They have access to grazing and to a pasture.

While this study might be discouraging if you are a meat eater, there are still many benefits of eating organically – including reduced pesticide consumption from many types of food. However, be a smart shopper! It’s important to stay informed, and not blindly purchase everything marked as organic without knowing what you’re actually getting.

To learn more about natural, evidence-based information regarding organic versus conventional farming methods, use the GreenMedInfo.com Research Dashboard: 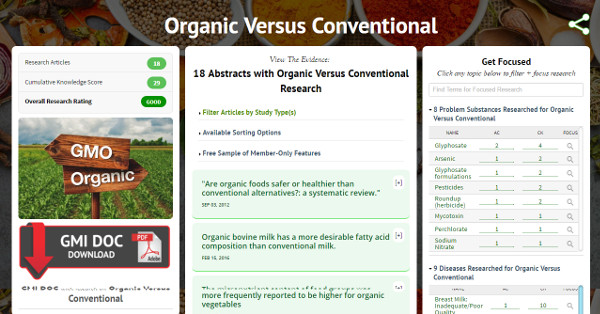 Also, for more information on the potential for equal contamination of organically produced food versus conventional read the article: Is Rocket Fuel (Perchlorate) Destroying Organic Farming?