Views 12620
Posted on:
Monday, November 5th 2012 at 5:00 am
Written By:
Sayer Ji & Tania Melkonian
This article is copyrighted by GreenMedInfo LLC, 2012
Visit our Re-post guidelines 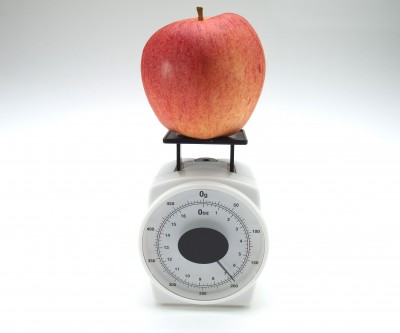 Sadly but perhaps unsurprisingly we humans misuse our capacity for opinion .  Opinion, it seems, routinely grows from glib, divisive listening.  What we take in is parsed into I agree or I disagree; into I like this or I don't like that.  That's right is pitted against that's wrong.  Always do this. Never do that.  How did we arrive here?  How did everything we think and do become partisan? Maybe it has risen insipidly from the loam layer of our humanity, where fear resides.  Our fear of death, of the unknown and unknowable and our fear of losing control points us on this path?  All of our manifestations of control are a response to feeling that dizzying compulsion to take back our fate.

Products of our enculturation, we work, raise families and navigate relationships mechanically without mastery. All we have left to control is what we eat. We see this manifest itself innocently in children who go through food jags and refuse to eat food of a certain color or texture or food that touches a food they dislike. These are the initial stirrings of our pretending.  So great becomes the pretense that we believe it to be true: we do command our destiny.  The filtration process begins to penetrate our way of experiencing our food and eating.

In the hands of fundamentalists who inhabit either end of the spectrum, this pretense of control is dangerous. 'Health' food fundamentalists begin the dismal distillation by noting the so-called benefits of eating certain foods and by corollary, the alleged evils of ingesting others. Then they, believing these notions to be supremely true, inculcate the message to the critical mass in the middle, which desperately seeks the control these self-proclaimed 'experts' seem to offer from the edges of the ambit.

From there, an almost militant exhortation begins and camps form, some categorically rejecting entire foods and others professing the imperative of eating others.  The gap between the camps widens until each group sees only one way to eat well or eat right, and rarely anymore do they find themselves eating at the same table.

Orthorexia is the extreme obsession with healthy eating. Etymologically it is derived from the Greek ortho meaning correct and orexia meaning of the appetite or desire. Although not recognized by Diagnostic and Statistical Manual of Mental Disorders (D.S.M.M.D.) it is not beyond scientific reasoning that the obsessive nature of those believing there is only one correct way to eat healthy, warrants status as a disease or condition.

So, what is so wrong with dedicating one's time and effort to eating healthy?  There is significant research to support the claim that the bio-availability of enzymes in raw food is healing to our bodies.  The avoidance of grains by paleo diet enthusiasts is informed by a recent awareness of the derelict response of our digestive systems to those very grains, especially wheat.   There is a strong body of evidence that a vegan diet can be healing both to our bodies and the planet.  So, the raw foodies, vegans and paleo people have a point worth making don't they?

After all, believing that an obsessive behavior of the soul like orthorexia is a byproduct of an organic disease process, treatable via physiochemical interventions, e.g. drugs, shock, surgery, could itself be considered a characteristically pathological way of thinking, no matter how commonplace and accepted within the field of modern psychiatry.

What is so wrong with wanting to educate people on the benefits of 'good food' and the perils of 'bad' food anyway?  The answer is in the latter.  By eliminating entire groups of food and purporting their evil effects on everyone, even the casual orthorexic marks a dotted path to an elite, exclusive club.  That dotted line emerges solid, bold and threatening on the other side of militant campaigns, member-only social networking sites, and exclusive gatherings.

The significance of sharing food slowly disappears from the militant, prostheletizing orthorexic's inventory of experiences.  Time is spent alone campaigning, bulking up arguments that disparage meat, cheese, cooking food...not cooking food.  These processes of slowly withdrawing from the full experience  and commensality of sourcing, preparing, combining and sharing food threaten the orthorexic's continued participation in the seeking of pleasure in community.

Take as an example a recent scandal at a large gathering. As is generally the case, there is food, discussion and most importantly, energetic transfer.  When a large number of people are served food, there should be a concern for allergies and sensitivities.  As those cannot be predicted a wide assortment of foods is normally offered so no one is want for variety.

Common allergens are considered resulting in an accidental assemblage of mostly vegetarian, dairy free and wheat free food.  The buffet here is a coincidental way of accommodating a large group and not a deliberate omission of certain foods with the aim of converting anyone or taking a stand of any kind.  Eventually, conversation becomes animated to the point that the guest exiting quietly in the middle of the event is unnoticed.

Later, it is revealed that she was offended by the presence of bacon in one of the soups.  Offended.  It seems like an extreme reaction when simply declining a serving of bacon-garnished soup would be gentler; would offer the same result (not eating bacon) and would have allowed her to enjoy the social therapy inherent in sharing food that is so underestimated.

The incident described above (recently named and soon to be infamous as 'Bacon-gate') and other similar protests all contribute to the same narrow, divisive view that there is only one way to eat 'healthy' and that all other approaches to the experience of eating warrant categorical and defiant erasure.

Orthorexia, in other words, is Napoleonic in construct: what it does not explicitly accept as healthy, it denies. Like the collapse of the wave function in quantum mechanics, an infinite field of possibility is reduced to an infinitesimal fragment of what is officially measured as 'being there.' Our experience of food, and by implication, of ourselves and others, also undergoes a certain collapse when we believe our way of eating is right, with a capital "R." Nutritional reductionism, scientism, monotheism, orthorexia, all share in the same premise: there is one truth, and one right way to attain it and live by it.  And yet, our full relationship to food, like our relationship to the soul, should never be interrupted by this kind of extreme elision.

So what is the answer for those committed to raising awareness?  Let the enjoyment of food be a compass, on at least equal footing with nutritional correctness in our decisions as to what foods we allow ourselves to experience. Does it look, smell, feel appetizing pre-reflectively, or is intellect convincing  viscera it should taste good? Was there levity anywhere, or at any step, in the sourcing, preparing, serving, or consuming of it? Without the full range of sensory delight, how can anything truly taste good or be allowed its intrinsic virtues – nutritional and other – to be expressed?

Checking back in with our friend who left the party early, we find her. Her gaze is almost cat-like, engrossed by the flashes  on her screen.  Pinterest, Facebook, Reddit, Tumbler all whirl with light in front of her.  She is aggregating, her rage and compulsion driving her fingers that type furiously how all must come to their senses.  'Only eating raw/cooked/vegan/carnivorous can lead us to planetary salvation.  Any other way will lead to disease, exclusion, anonymity'.  She is seething.  She is hungry.  She is alone.

Sayer Ji and Tania Melkonian founded Eatomology: An Edible Philosophy of Food, in order to facilitate a direct experience of the healing properties of food through the labor and joy of sourcing, preparing, sharing and consuming it, as well as through providing a deeper understanding of their medicinal properties. Look for details and chapter previews of their book and live Edible Education Sessions at their Facebook page and website.