Views 203
Posted on:
Wednesday, May 13th 2020 at 3:45 pm
Written By:
GreenMedInfo Research Group
This article is copyrighted by GreenMedInfo LLC, 2020
Visit our Re-post guidelines 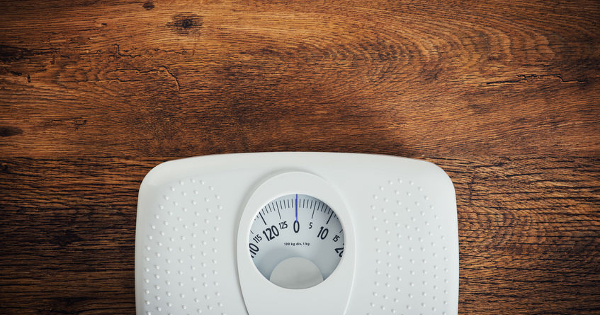 Being overweight is an established risk factor for multiple diseases, and is now known to dramatically increase the risk of several cancers. Research from the University of Bergen found that being overweight before the age of 40 increased specific cancer risks, and researchers now suggest that preventing weight gain early in life may help reduce the risk of a cancer diagnosis

A recent cohort study published by the University of Bergen in Norway found that being overweight increased the risk of cancer in patients before the age of 40. In this study, which followed 221,274 individuals for an average of 18 years, adults overweight before 40, defined by the study as a body mass index (BMI) over 25, were 70% more likely to develop endometrial cancer and 58% more likely to develop male renal-cell cancer.[i],[ii]

While this study is informative, the results aren't surprising. Excess weight is a known risk factor for cancer, and since 2005, cancers associated with obesity have been on the rise, while the diagnosis of some non-obesity related cancers has declined.[iv],[v]

Yet despite the CDC's recommendations and multiple health initiatives, weight gain and increased BMI continues to be a global concern, with weight levels and related cancers rapidly increasing in developed and developing countries.[vii]

The Epidemiology of Obesity and Subsequent Cancer Diagnosis

Obesity, characterized as BMI over 30, is considered a critical health issue, with an estimated 1.9 billion adults overweight and, among them, over 650 million obese worldwide.[viii],[ix]

Despite public awareness campaigns and a growing understanding of the risks associated with both obesity and excess weight, Americans and Europeans alike continue to gain weight each year, resulting in an increase of obesity-related disease diagnosis and astronomical health care costs.

In the U.S. alone, 85,000 cancer diagnoses each year are related to obesity, and the percentages of cancer attributed to obesity are 39% for endometrial cancer, 25% for kidney cancer and 37% for esophageal cancer.[x],[xi]

The epidemic of excessive weight gain  is no longer confined to the U.S and Europe, however: as Western diet and lifestyle spreads and socioeconomic status increases in developing countries, so does the rate of obesity.[xii],[xiii] A recent study found that obesity-related cancer is growing in Korea, and additional studies have found similar results in Japan and other Asian countries.[xiv],[xv]

While all studies suggest that controlling the obesity epidemic and improving dietary patterns in developing countries may help curb the cancer rate before it reaches levels resembling those in Western countries, few offer practical advice for curbing excessive weight gain.[xvi]

As diets have shifted toward a greater intake of processed foods and activity levels have declined, the obesity epidemic has risen drastically.[xvii]

According to the featured study, the timing and duration of weight gain may have a significant impact on cancer risk, indicating that the health and wellness of young adults is of special concern in reducing cancer risk.[xviii] While some researchers point to the public health sector as a possible solution for effectively reducing the population's weight, one study pointed out:

" … [W]hen it comes to guidance related to obesity, there are few examples at the provincial/state or national levels in which this sector has been mobilized and effectively used to prevent obesity. Rarely is there evidence that nurses, physicians, and other medical professionals raise and discuss intelligently the issues of proper diet and physical activity patterns."[xix]

Yet despite these concerns, researchers seem cautiously optimistic about reducing adult weight, citing the success of public health initiatives in lowering the use of tobacco products over recent decades.[xx] Currently, the World Cancer Research Fund/American Institute for Cancer Research (WCRF) lists the following guidelines for reducing cancer risk associated with being overweight:[xxi],[xxii]

Pharmacologic weight loss strategies also exist, although these induce adverse gastrointestinal side effects such as nausea, vomiting and constipation and are considered far less safe and effective than long-term lifestyle modifications such as dietary changes.[xxv],[xxvi],[xxvii]

Further, hundreds of natural compounds have anti-obesity potential. To view a comprehensive list of natural anti-obesity agents, or learn more about the risks associated with weight gain, please view the GreenMedInfo.com research database on obesity 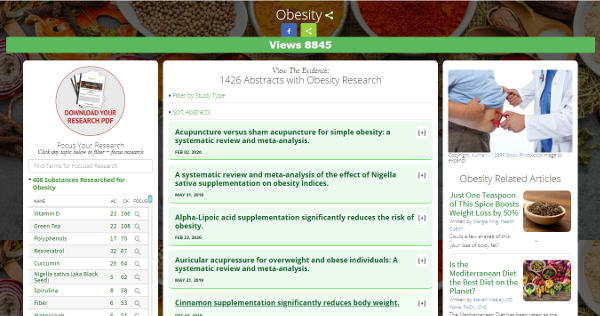 [iii] Cancers Associated with Overweight and Obesity Make up 40 percent of Cancers Diagnosed in the United States. (2017, October 13). Retrieved March 3, 2020, from https://www.cdc.gov/media/releases/2017/p1003-vs-cancer-obesity.html

[vi] Cancers Associated with Overweight and Obesity Make up 40 percent of Cancers Diagnosed in the United States. (2017, October 13). Retrieved March 3, 2020, from https://www.cdc.gov/media/releases/2017/p1003-vs-cancer-obesity.html

Vegetables: All
Fruit: All
Exercise