Views 25519
Posted on:
Thursday, December 5th 2019 at 10:45 am
Written By:
GreenMedInfo Research Group
This article is copyrighted by GreenMedInfo LLC, 2019
Visit our Re-post guidelines 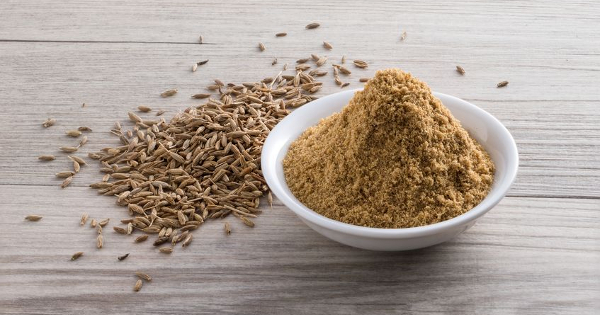 Cumin, a warm, peppery seed found in spice cabinets around the globe, helped overweight individuals lose as much weight as those taking weight loss medications, with added benefits to insulin levels. If you need to shed some extra pounds, cumin may help, naturally

Cumin (Cuminum cyminum L.) is an aromatic herb that belongs to the Apiaceae family, along with parsley, celery and carrots. The fruit of the plant, cumin seed, is often ground and used as a spice in Middle Eastern, Indian, Chinese and Mediterranean cuisines. It's also a featured ingredient in the popular Indian spice garam masala.

Treasured for its warm, earthy flavor that's often featured in curries and chili, cumin seeds contain manganese, potassium, zinc, essential amino acids and proteins, along with medicinal properties such as antioxidant, antimicrobial and anticancer effects, that make them useful for human health.[i]

Traditionally, cumin has been used to treat digestive and nervous system disorders along with skin diseases, but one of its most promising applications relates to weight loss. In fact, this humble spice may work just as well as, and in some ways better than, weight loss drugs if you're trying to shed some extra pounds.

In a study of 78 overweight people between the ages of 18 and 60, participants received one of three treatments: cumin capsules, placebo or orlistat (brand names Alli and Xenical) three times a day for eight weeks.[ii]

Compared with the placebo, both cumin and orlistat resulted in similar significant decreases in weight and body mass index (BMI), but the cumin also led to a significant reduction in insulin levels that wasn't seen with the weight loss drug or placebo.

In another study, 88 overweight or obese women ate yogurt with or without 3 grams of cumin powder added during two meals for three months. All of the women also received nutritional counseling for weight loss, but only those in the cumin group experienced weight loss and related benefits.[iii] Specifically, adding cumin powder to yogurt led to:

Other research looked at the effects of different doses of cumin along with lime capsules in overweight participants. Those taking a high dose of cumin (75 milligrams) plus lime for eight weeks enjoyed weight loss and improvements in BMI, blood sugar levels, insulin sensitivity, triglycerides and cholesterol balance.[iv]

It's likely that cumin supports healthy weight via multiple pathways, including its anti-inflammatory effects,[v] as inflammation is linked to weight gain and obesity. It may also help to boost metabolism[vi] and is one of the oldest herbal remedies on record.

As noted in the Middle East Journal of Digestive Disease, "[Cumin] has been used as energy and immunity enhancing, digestive, diuretic, anti-parasitic, anti-convulsant and anti-flatulence in traditional Iranian medicine and is used for weight loss in community."[vii]

Cumin, which should not be confused with nigella sativa that's sometimes referred to as black cumin or black seed, also presents a number of other health-promoting properties in addition to weight loss. In fact, cumin may benefit at least 46 diseases and has an impressive 20 pharmacological actions, such as being antifungal, gastroprotective, immunomodulatory and neuroprotective.

In addition to offering benefits for diabetes,[viii] irritable bowel syndrome[ix] and cancer,[x] cumin helps to protect your body from the effects of stress and may even enhance memory.

Have You Tried Jeera Water?

If you're interested in using cumin as a weight loss tool, supplements are widely available, but you can also try adding this tasty spice to your regular meals. Cumin's nutty, peppery flavor works well with a variety of meat, seafood and vegetable dishes, making it a staple in spice cabinets across the globe.

For a quick cumin fix, add it to plain yogurt or hummus to make a healthy sauce, dip or dressing for veggies or salad, or jump on the jeera water bandwagon. Jeera water, otherwise known as cumin water, is simple to make and may support weight loss when used in conjunction with a healthy diet and exercise.

To make it, add cumin seeds (one to two teaspoons) to about four cups of water. You can bring the water to a boil for 20 minutes, or simply let the water and seeds sit overnight, in order to steep. The seeds can then be strained out of the water and the resulting tea sipped at your leisure as a healthy tonic.

For more natural weight loss tools, refer to the GreenMedinfo research database, where you can find 440 substances that may help with overweight and another 408 natural substances to fight obesity. From dark chocolate and nuts to spirulina and cumin, the natural world is full of remedies that can support your healthy weight loss journey and help you maintain a healthy weight for a lifetime.