Patagonia's Bet on Biotech Fabrics May Threaten Livelihoods and Ecosystems 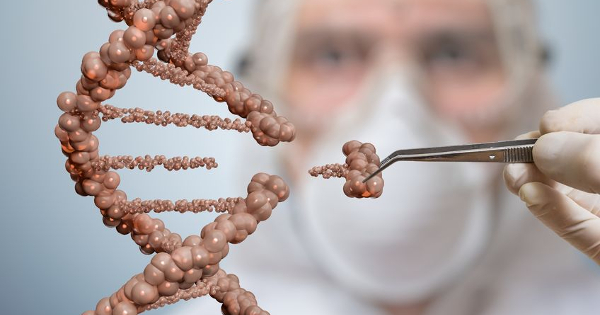 Farmers and environmentalists sound the alarm

OAKLAND, CA — The fashion and technology sectors alike have been abuzz about high-tech fabrics derived from genetically engineered microorganisms. Most notably, Patagonia Inc. – noted in the past for its support of organic textiles and its opposition to genetic engineering – has surprisingly teamed up with Bay Area based biotech startup Bolt Threads to help propel genetically engineered clothes to market.

But in a new report, civil society experts cut through the hype, suggesting that any commercial-scale expansion of biotech textiles could undermine farmers worldwide, create a dangerous new source of biotech waste, put additional pressure on ecosystems, and divert support away from truly sustainable natural fiber economies.

“The livelihoods of hundreds of millions of people in the Global South depend on farming natural fibers for textiles – it’s such livelihoods that these Bay Area biotech bros are targeting when they boast they want to ‘disrupt’ apparel,” explains Neth Daño, Philippines-based Co-Executive Director of ETC Group. “Many farmers play a key role in protecting regional ecosystems. If their economic lives are disrupted, we’re not just losing a chance to create better fiber systems, but potentially creating land use changes and ripple effects of poverty and ecological crisis that reach far beyond farmers.”

Despite being self-styled as a ‘green’ option, biosynthetic fibers made by companies such as Emeryville-based Bolt Threads Inc. depend on industrial feedstocks like sugar, which is linked to deforestation and diminishing labor conditions. California farmers are also speaking out about how the investment hype in this biotech textiles sector may be harming the emerging market for natural fibres – a truly labor-friendly and sustainable supply chain for fabrics.

“We can produce products in a way that not only sustains but also rehabilitates natural ecosystems,” said Ariel Greenwood, a rancher based in Sonoma County, California. “Synthetic biology takes market share away from products grown in a natural ecosystem, and that’s a missed opportunity to direct existing demand toward products that actually benefit both land and people."

“As a sheep rancher who stewards an oak woodland landscape, I can see how our food, fiber, fuel, and medicine can be produced with a positive impact on the terrain,” said Marie Hoff of Full Circle Wool in Mendocino, California. “Agriculture is far from perfect, and we need a lot of investment to make regenerative agriculture the norm – that’s the key to humanity's success, not new, unregulated synthetic materials."

If investor-driven biosynthetics scale up, the threats could rapidly go global as producer nations face competition for natural fibers such as silk.

"Industrial food and industrial fashion have destroyed lives and livelihoods and polluted soils and oceans,” said renowned Indian food and farm activist Vandana Shiva of Navdanya International, responding to the findings of the report. ”Over two decades, I have witnessed and studied the crisis for Indian farmers triggered by genetically engineered Bt cotton which was introduced on the promise of pest control and reduction of pesticides, but has created an epidemic of pest attacks, pesticide deaths and farmers suicides.”

Shiva continued, “As this report shows, extreme genetic engineering in the form of synthetic biology is now being introduced in the textile sector. Its promises – as with the case of Bt cotton – are exaggerated, its costs and risks are hidden. And all this is being done in the name of ‘nature’ and ‘natural fiber.’”

Beyond supply chain disruptions, the “Genetically Engineered Clothes” report calls attention to the potential for new forms of biowaste created by the microorganisms engineered to produce the new materials. So-called “B-waste,” the byproduct of organisms that have never been released into the environment, may be difficult to dispose of safely and creates risks of new microorganisms spreading through the water and air.

The report particularly points up the confusions and contradictions of Patagonia, a brand trying to establish itself as an organic leader while simultaneously lending its green credentials to a biotech startup. The authoring organizations are joined by other environmental, farming and social justice groups who are together urging Patagonia and other investors to walk away from genetic engineering and switch their focus to socially-just and truly sustainable natural sources of fiber grown by farmers.

"Genetically engineered fiber production is risky, unnecessary and could perpetuate unsustainable pesticide-intensive industrial agriculture," said Dana Perls, senior Food and Technology campaigner with Friends of the Earth. "Instead, we should support proven and truly sustainable solutions including natural fibers produced by regenerative and organic farmers."

“The cost of genetically engineered “spider silk” and other false synthetic biology products in the apparel industry will be borne by the poor farmers and artisans – mainly women – in India, Thailand, and China.” explained Anuradha Mittal, Executive Director of the Oakland Institute and an expert on development, human rights and agriculture issues. “It is very surprising that a company like Patagonia, renowned for its commitment to sustainability, will opt for a route where the poorest in poor countries bear the punitive costs of its choice.”

The report is available online at https://etcgroup.org/content/genetically-engineered-clothes