People Are Still Suffering From Scurvy 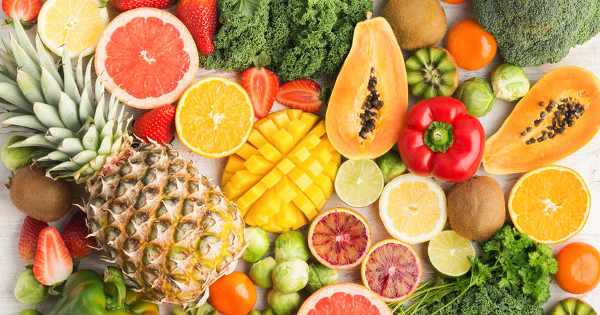 Scurvy is a devastating disease caused by not enough vitamin C in your body. While it's often associated with pirates and seafarers from long ago, the disease is making a comeback in the modern day, even in developed countries where, theoretically, scurvy should no longer exist

Scurvy, a condition caused by vitamin C deficiency, is often associated with pirates and sailors of times gone by. If you stop consuming vitamin C, this water-soluble vitamin will be depleted in your body within four to 12 weeks. So those spending long periods at sea -- without access to fresh fruits and vegetables where vitamin C is naturally found -- often ended up suffering.

Scurvy was first reported in 1550 BC, and even Hippocrates described it, calling the disease "ileos ematitis" and noting, "the mouth feels bad; the gums are detached from the teeth; blood runs from the nostrils … ulcerations on the legs; some of these heal … skin is thin."[i]

From the 15th to the 18th centuries, it's estimated that 2 million seamen died of scurvy while attempting to cross the Atlantic, Indian or Pacific Oceans. Often, the disease was mingled with symptoms caused by other nutritional diseases, such as beriberi (vitamin B1 deficiency) and pellagra (vitamin B3 deficiency).[ii]

Today, "Scurvy is perceived as a disease irrelevant to the developed world," Canadian researchers wrote in the Journal of General Internal Medicine.[iii] Yet, it's still affecting people in the modern day.

Canadians Still Being Diagnosed With Scurvy

Scurvy should be a "never event" in the 21st century, when it's known that this condition can be easily prevented with adequate intake of vitamin C. Despite this, a case report of hospital patients in Hamilton, Ontario, from 2009 to 2017, found 52 people had vitamin C levels low enough to cause scurvy.[iv]

Among them, only 13 had evidence of scurvy documented in their hospital charts, however, which suggests the condition may be going unnoticed. The most common symptoms documented among the modern-day scurvy patients were easy bruising, gingival bleeding and perifollicular hemorrhages.

Because vitamin C is widely available, scurvy in the modern day is typically the result of alcohol or drug abuse, poor dietary intake or living conditions that prevent proper nourishment.

In the featured study, two scurvy cases were related to alcohol use disorder, three to bariatric surgery, which can interfere with proper nutrient intake and absorption, and seven to other causes of malnutrition, including persistent nausea and vomiting, purposeful dietary restrictions, mental illness, social isolation and dependence on others for access to food.

"That it [scurvy] still occurs in Canada in our time indicates that we are not supporting vulnerable people as we should," study author Kayla Dadgar said in a news release.[v] In an extraordinary case, scurvy has even been found in a person with an allergy to vitamin C, who deliberately avoided vitamin-C-rich foods and instead relied on a strict fast food diet.[vi]

Fortunately, scurvy is easy to treat with vitamin C supplementation, and all the patients who received such supplements had a rapid recovery. Further, according to the Journal of General Internal Medicine study, "One patient was able to walk within 24 h[ours] of vitamin C administration despite having previously been bedbound for weeks."[vii]

Up to 14% of US Adults May Be Vitamin-C Deficient

While scurvy is uncommon, it still very much exists in the developed world, even in the presence of widespread availability of vitamin-C-rich foods, fortified foods and vitamin C supplements. In fact, it's estimated that up to 14% of Americans may be deficient in vitamin C,[viii] with rates reaching up to 73.9% in north India.[ix]

According to some experts, scurvy may even be an "unrecognized and emerging public health issue in developed economies."[x] In a five-year period in Springfield, Massachusetts, for instance, doctors tested about 120 patients' vitamin C levels and found 29 had levels low enough to be diagnosed with scurvy.[xi]

Clinically speaking, vitamin C deficiency is described as a serum concentration of less than 11.4 umol/L. Your body can store only 1,500 milligrams (mg) of vitamin C, and deficiency may occur when levels reach less than 350 mg. Risk factors include:[xii]

If there were any doubt as to the importance of vitamin C for your body's function, consider Jonathan Lamb's description of this "nightmare disease" in an interview with National Geographic. Lamb, who wrote "Scurvy: The Disease of Discovery," explains:

"The main physical symptom of scurvy is the disintegration of the body. The skin begins to break. It starts with little blood blisters and develops into full-scale ulcers. The gums begin to putrefy and become black.

Bones that had previously broken rebreak. Old wounds open up. This is because one of the major effects of scurvy is that the body can no longer produce collagen, the glue of the body's cells. The cartilage, especially around the thorax, begins to disappear."[xiii]

Those are the symptoms on the outside, but on the inside, the ravages are equally appalling. "In terms of the insides, the hydraulics, what happened was that the arteries and capillaries began to decay," Lamb said. "Blood began to leak into the muscle and coagulated inside arteries, causing terrible cardiovascular damage. The effect of this on the brain was that you could have seizures or aneurisms at any moment."[xiv]

Mental symptoms, including hallucinations, also occur, due to the disintegration of the brain's nervous structure.[xv] There are more than 900 abstracts related to vitamin C research in our GreenMedInfo.com database, focusing on some of the most important roles that vitamin C plays in human health, like providing antioxidant, anti-inflammatory and chemopreventive properties.

Researchers are still uncovering more about this crucial vitamin as well, like a 2019 study that found a 16.5% lower mortality rate among septic patients given intravenous vitamin C.[xvi] Importantly, vitamin C is also essential for immune function, supporting both your innate and adaptive immune system. It's known to both prevent and treat respiratory and systemic infections, likely including coronavirus.

As noted in the journal Nutrients, "Prophylactic prevention of infection requires dietary vitamin C intakes that provide at least adequate, if not saturating plasma levels (i.e., 100-200 mg/day), which optimize cell and tissue levels. In contrast, treatment of established infections requires significantly higher (gram) doses of the vitamin to compensate for the increased inflammatory response and metabolic demand."[xvii]

Fresh fruits and vegetables are among the best sources of vitamin C. The word "fresh" is important, as vitamin C is heat-sensitive, so cooking depletes levels -- and the longer the food is cooked, the lower the levels tend to be.[xviii]

Remember, your body doesn't store much vitamin C, and any excess will leave your body via urine. Because of this, it's necessary to consume sufficient amounts of vitamin C daily to keep your levels optimized.

While you can take vitamin C in supplement form, eating a variety of fresh fruits and vegetables offers you vitamin C along with additional beneficial phytonutrients. Top sources of vitamin C to add to your daily diet include: