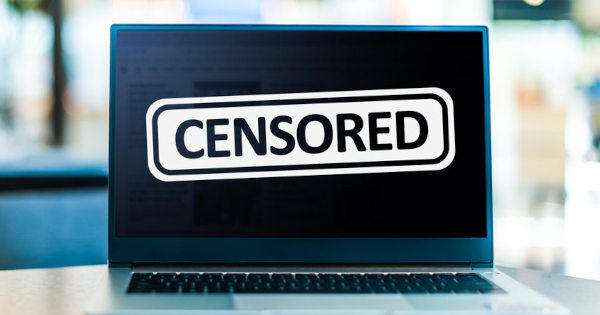 Back in 1633 there was a guy named Galileo Galilei who was deemed a nut job by the Catholic Church because of his heretical belief the Earth revolved around the sun. Galileo was sentenced to house arrest and ordered never again to teach his heresy. Centuries later the Church apologized, and Albert Einstein declared Galileo, "the father of modern science."

In 1846 a Hungarian doctor named Ignaz Semmelweis was fired and declared a nut job for his preposterous advocation that hand washing was one of the most important tools in public health, particularly for surgeons. Semmelweis took so much abuse from the medical establishment that he wound up in an asylum.

In the early 40s a cardiologist named Bernard Lown was expelled from Johns Hopkins School of Medicine because he protested medical segregation by altering blood-bottle labels that denoted donors' race. Decades later Lown invented the defibrillator, which has saved countless lives. In 1973, he founded The Lown Institute, a think tank focused on ground-breaking research to improve the quality of U.S. healthcare. 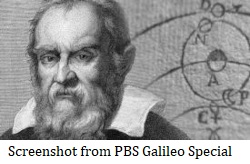 Some of the greatest minds since the world was flat were scientists and doctors persecuted and shunned because they saw or interpreted things differently. That's why they are heralded as visionaries. Widely held beliefs often are proven wrong, and on Wall Street the rare few with 20/20 vision profit handsomely. The CEO of Enron graced the covers of business magazines and was heralded by the folks at McKinsey as a business genius until a trader who specialized betting against conventional wisdom studied the company's regulatory filings and determined it was a fraud. Harry Markopolos, a financial analyst repeatedly warned the SEC that famed investor Bernie Madoff was running a Ponzi scheme, but he too was deemed a nut job.

Jeff Bezos at the turn of the century was uniformly doubted by analysts and the media who said Amazon could never be profitable. Investors who ignored the naysayers likely aren't reading this commentary.

Dr. Peter McCullough, a cardiologist who prior to Covid was among the most respected in his field, is a modern-day doctor who the medical establishment, the government, and the media want silenced. His views are very controversial, and I don't have the scientific or medical expertise to evaluate them. But I know quite a bit about one of the hospitals where McCullough trained and one of the cardiologists who trained him.

His name is Joel Kahn, and he was a public champion of my critical reporting about Michigan's Beaumont Health when it wasn't yet widely known how extensive cost-cutting had irreparably harmed the company's flagship hospital. McCullough did his fellowship under Kahn when they both worked at Beaumont. Kahn, who has a considerable national following promoting the merits of a plant-based diet and other heart-healthy lifestyle measures, has supported and advocated McCullough's views. LinkedIn has censored several of Kahn's posts highlighting what he says are alarmingly high deaths and other serious complications from COVID vaccines. Kahn admirably doesn't delete highly critical comments on posts that escape LinkedIn's censors, including personal attacks calling him a "quack" and advocating the hashtag #canceljoelkahn.

McCullough and Kahn have put themselves at great financial and professional risk. McCullough's previous employer, a hospital whose foundation established a scholarship in his name, last week sued him for more than $1 million, alleging that McCullough has repeatedly misrepresented to the media he still works there and that it has been harmed by the association. McCullough's lawyer issued a statement saying the lawsuit was a "politically motivated attempt to silence Dr. McCullough." The Federation of State Licensing Boards last week issued a warning that physicians who post COVID misinformation on social media could lose their medical licenses, so more punishment could be in the offing.

It's understandable why McCullough's former employer, which filed its lawsuit on the same day it announced it was requiring all its employees to be vaccinated, no longer wants anything to do with him. McCullough maintains the COVID vaccine doesn't protect against the Delta variant and isn't necessary for people under age 50. He's also very critical of health authorities for focusing on how best to stop the spread of COVID rather than how best to treat it. A rebuttal to some of McCullough's positions can be found here.

The corporate media, which is so sycophantic to the Biden Administration that CNN anchor Brian Stelter shamelessly asked press secretary Jen Psaki how reporters could do a better job covering the president, has its own agenda wanting McCullough destroyed. The corporate media is fueling the narrative that the unvaccinated are moronic Trump supporters who watch FOX news, when in fact a significant percentage are Blacks and Hispanics. McCullough has made regular appearances on FOX, including on Tucker Carlson and Laura Ingraham, so discrediting McCullough serves the double purpose of also discrediting FOX, which attracts a considerably bigger audience than the other cable networks.

On paper at least, it's hard to dismiss McCullough as a quack. According to a bio posted on the US Cardiology Review, he is recognized internationally as a leading authority on chronic kidney disease as a cardiovascular risk state, having published more than 1,000 papers and garnered more than 500 citations in the National Library of Medicine. He also is a founder of the Cardio Renal Society of America, an alliance of cardiologists and nephrologists focused on cardiorenal syndromes. He was previously co-editor of Reviews in Cardiovascular Medicine and served as Chair of the National Kidney Foundations' Kidney Early Evaluation Program, among the largest screening efforts for chronic diseases. Notably, McCullough was a significant philanthropic donor to his former employer. (I wonder whether the hospital will return those funds.)

Kahn has previously sounded alarms that proved prescient. In 2019, he posted a commentary on Medium predicting that interventional cardiologists wouldn't curtail their lucrative stent procedures despite a massive study documenting they weren't beneficial for patients who were stable. The influential Journal of the American Medicine two weeks ago published a paper confirming Kahn's prediction was spot on. Inserting stents are among the most profitable hospital procedures.

My familiarity with Kahn began a year ago last April when I began writing a series of very critical stories for Deadline Detroit about Beaumont and its management, particularly CEO John Fox. Underscoring the degree Beaumont doctors feared Fox, most were afraid to sign a petition protesting his leadership. However, when given the opportunity to respond to an anonymous survey, it was revealed that a majority of doctors had little confidence in Fox and his deputies, particularly those working at the company's once nationally respected flagship hospital.

Kahn showed courage. Despite having an affiliation with Beaumont, he tweeted my articles and linked to them on social media, giving them a certain validity. Deadline Detroit, an independent online publication, wasn't known for healthcare reporting and many local residents were suspicious of my reporting because other local outlets ignored it. Kahn's support allowed my articles to gain traction and without it I'm not sure they would have achieved impact or recognition. I ultimately garnered an award for my coverage.

Courage possibly is in the DNA of Beaumont's once nationally respected cardiology department. One Harvard-trained cardiologist sent multiple letters to Beaumont's directors and trustees calling for Fox's firing and pretty much called him a liar. The co-heads of the cardiology department wrote a letter to the chair of the hospital network warning him they had "serious concerns" about the company Beaumont was outsourcing its anesthesia services to. The warnings weren't heeded and within three weeks of the outsourcing company taking over, a patient undergoing a routine colonoscopy died from intubation complications and another landed in the ICU because of a pain medication overdose. The outsourcing company, NorthStar Anesthesia, is owned by a holding company whose previous CEO was Jeffrey Zients, who is overseeing the president's pandemic response. 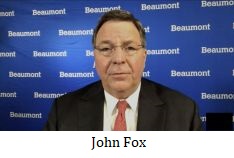 McCullough, Kahn, and other physicians who are increasingly sticking their necks out and daring to challenge the CDC's COVID and vaccination data, may all be badly mistaken. However, what history abundantly teaches is that censorship, however noble the original motivation, is never isolated to the original cause. Some governments have already used their "fake news" laws to combat vaccine misinformation for other political purposes.

The U.S. healthcare system is compromised and corrupt, and most doctors today are employees of healthcare networks or companies controlled by private equity. There are some physicians willing to speak out about how the corporatization of healthcare is harming patient safety while driving up prices. Rest assured, if McCullough and Kahn are silenced, so will others whose views the government and medical establishment doesn't like. The corporate media can be counted on to abet the efforts or turn a blind eye to them, much like they did with my Beaumont reporting.

I, too, have experienced personal and unfounded attacks from powerful healthcare executives.  Beaumont's CEO called me a "psycho," a "mudslinging machine," and alleged that I had secret Russian connections. (My response can be found here.) Fox, who has made more than $20 million since being named CEO in 2016 and stands to make tens of millions more if he can successfully merge Beaumont into Spectrum Health, is representative of many MBA suits running U.S. hospitals.

The Biden Administration, the CDC, and Dr. Fauci don't have the pandemic under control. The real issue isn't contrarian doctors like McCollough and Kahn, but America's very poor leadership and the corporate media's failure to hold the president accountable. Biden promised to end COVID and for those with short memories, here was his plan.