Pesticides May Increase Risk of ADHD in Children

Views 2227
Posted on:
Wednesday, February 20th 2013 at 5:00 am
Written By:
Margie King, Health Coach
This article is copyrighted by GreenMedInfo LLC, 2013
Visit our Re-post guidelines 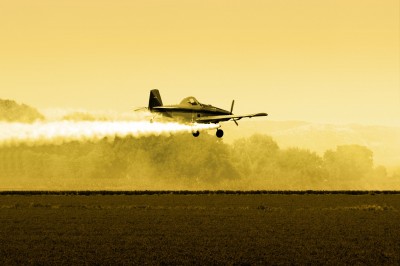 If you had any lingering doubts, here's yet another good reason to opt for organic fruits and vegetables when shopping for your family. A team of scientists from the University of Montreal and Harvard University have discovered that exposure to organophosphate pesticides is associated with increased risk of Attention Deficit Hyperactivity Disorder (ADHD) in children.

Published in the journal Pediatrics, the study measured pesticide levels in the urine of 1,139 children from the general U.S. population. The results indicated a connection between exposure to pesticides and the presence of symptoms of ADHD. The authors concluded that exposure to organophosphate pesticides, at levels common among U.S. children, may contribute to a diagnosis of ADHD.

Another study published in Environmental Health Perspectives found that the children of pregnant women exposed to organophosphate pesticides also had an increased risk of developing ADHD.

Organophosphate pesticides are a group of approximately 40 closely related pesticides that affect functioning of the nervous system. Their insecticidal action works by interfering with an enzyme in the insect resulting in the accumulation of a neurotransmitter in nerve endings. This results in excessive transmission of nerve impulses, which kills the bug.

Organophosphates are highly toxic to mammals and dissipate very slowly once introduced to the body. The symptoms of organophosphate poisoning start with extreme excitability and shaking, and move on to convulsions, paralysis and death. Sarin is one of the nerve gases developed by the Nazis during World War II using organophosphates.

The pesticides have also been implicated in Parkinson's Disease and thyroid disruption.

According to Harvard researcher and the lead author of the study in Pediatrics, Maryse F. Bouchard, previous studies had shown that exposure to some organophosphate compounds cause hyperactivity and cognitive deficits in animals.  This study, however, found that exposing developing children to organophosphate pesticides might affect their neural systems and could contribute to ADHD behaviors, such as inattention, hyperactivity, and impulsivity.

Check out the Environmental Working Group's Shopper's Guide to Pesticides listing the Dirty Dozen, i.e. the 12 fruits and vegetables that you should definitely buy organic, and the Clean 15, those that generally use fewer pesticides and so you can get by without the organic version.