Is Pharma Trying to Eliminate the Homeopathic Competition? 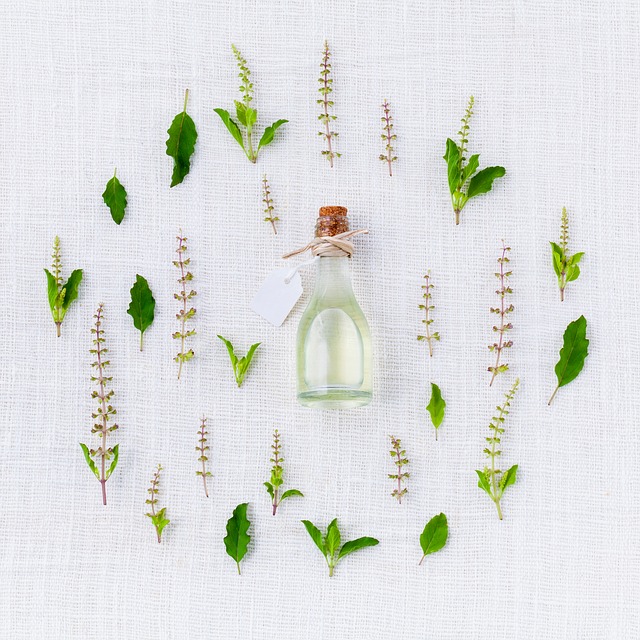 Homeopathy is a thorn in the side of Pharma because of the fact that its unique medicines are FDA regulated, safe, inexpensive, and can't be patented.

Now that the deadline for public comment at FDA (Food and Drug Administration) and FTC (Federal Trade Commission) has officially come to a close, supporters of homeopathy are waiting to see what steps, if any, will be taken to further regulate the marketing of homeopathic medicines. In light of these developments and other recent events, some believe that there is an organized effort under way to discredit this venerable medical art and science.

Homeopathy is a 200 year-old holistic system of healing with a remarkable safety record and a reputation for yielding excellent results. It employs small doses of naturally occurring substances, which are prescribed in accordance with the principle of similars: A treatment is chosen on the basis of a homeopathic medicine's ability to closely mimic the symptom pattern of the sick individual.

However, FDA and FTC actions in the U.S. along with similar developments in the U.K., Australia, and Canada have homeopathic supporters wondering.

Although homeopathy has been part of the U.K.'s National Health Service (NHS) since 1948, recent pressure by anti-homeopathy activists has led to a decision by the Dept. of Health to review the status of NHS funding for homeopathy.

"It's quite respectable in all European countries, and it's well integrated at the consultant level, but for some reason in the UK there's a big anti-homeopathy attitude, a campaign almost." (1)

Meanwhile, in Canada, a University of Toronto professor's efforts to conduct research on the homeopathic treatment of children with ADHD have also met with resistance. A group of scientists led by well-known anti-holistic medicine activist, Joe Schwarcz, of McGill University, sent a letter to Univ. of Toronto questioning why it would sanction a study based on a therapy like homeopathy. A response from U. of T. stated that,

"Rigorous research into these products and therapies—including the research conducted by Professor Boon and at the Centre for Integrative Medicine—helps patients and their caregivers make informed treatment choices." (2)

Coincidentally—or not—a recent review conducted by the National Health and Medical Research Council (NHMRC) in Australia concluded that, "there are no health conditions for which there is reliable evidence that homeopathy is effective."

This rather sweeping and surprisingly bold condemnation of homeopathy contradicted a prior review sponsored by the Swiss government, which came to the opposite conclusion. That study vindicated homeopathy, calling it effective, safe, and cost-effective. It recommended that homeopathy be included in Switzerland's national health program.

The American Association of Homeopathic Pharmacists (AAHP) responded to the Australian review:

"The AAHP considers their conclusion to be a blanketed and unfounded generalization about the therapeutic effects of all homeopathic medicines. This overreaching announcement is a disservice to patients and health care systems around the world." (3)

A Homeopathy Research Institute critique of the Australian study pointed out...

"... deep flaws in how the NHMRC had analyzed the evidence on homeopathy. This raises questions ... leading to serious concerns about the conduct of this governmental body." (4)

Homeopathic supporters are familiar with the standard arguments lodged by anti-homeopathy activists who like to call themselves "skeptics." They insist that there is no scientific evidence to support homeopathy. They repeat this unfounded claim in spite of a growing body of evidence to the contrary.

It has recently come to light that a well-known skeptic organization, Sense About Science, which actively campaigns against homeopathy in the UK, was reportedly accepting money from Coca-Cola to spread disinformation downplaying the dangers of sugary drinks. Coca-Cola's Chief Science & Health Officer immediately "retired" from her position after the Associated Press exposed the scam. (5)

Iris Bell, MD, PhD, is a Stanford University School of Medicine graduate and Director of Research for the Program in Integrative Medicine at the University of Arizona College of Medicine. She has published over 100 peer-reviewed articles. In response to critics' claims that there is no scientific evidence to support homeopathy, Dr. Bell noted that such claims...

"...rely on a small selection of methodologically flawed, highly criticized meta-analyses of homeopathy while ignoring the specific peer-reviewed published scientific evidence from multiple independent laboratories that homeopathic medicines are biologically active on gene expression, immune modulation, and biological signaling effects. It also ignores data showing that homeopathic medicines can have beneficial effects in individual patients and in animals different from placebo effects in a number of studies."

Psychiatrist and homeopathic physician, Bernardo Merizalde, MD, states that the skeptics have got it wrong,

"The claim that there is no evidence is not true. Two hundred years of history and thousands of practitioners is evidence in and of itself. Five meta-analyses have found a significant number of high quality trials proving that homeopathic medicines have biological effects that cannot be explained as placebo."

In the U.S., homeopathy has been regulated by the FDA ever since the Food, Drug, and Cosmetic Act was passed in 1938. The ostensible reason given for FDA's regulatory review has been a surprising surge in sales of homeopathic OTC medicines. While FDA estimates this number to be $2.9 billion, the American Association of Homeopathic Pharmacists reported that the figure was closer to $800 million. This is a paltry drop in the bucket compared to the $374 billion spent on conventional drugs in 2014.

When asked about FDA's actions, Ronald Whitmont, MD, President of the American Institute of Homeopathy (AIH), noted that,

"Homeopathic medicines have been used for more than two hundred years and have an excellent safety profile. The majority of OTC homeopathic products are in compliance with FDA guidelines. The AIH continues to work with other homeopathic organizations to assist the FDA in their review process."

On the legal front, in September 2015, a judge dismissed a class action suit against twelve homeopathic products made by Hylands Inc. Using language similar to that used by skeptic groups, pla intiffs failed to discredit homeopathy by claiming that it is a "pseudoscience." It took the jury less than a day to reject plaintiffs' claims. (6)

Given the fact that homeopathy has met with resistance simultaneously on multiple fronts, many are wondering if this is an organized effort. Dr. Larry Malerba, who has practiced homeopathic medicine for more than 25 years, says that he has never witnessed this level of antipathy toward holistic medicine before:

"When one considers the broad array of recent anti-homeopathy activities that cross international borders, it would be naïve to think that there wasn't a common motivating influence. One has to wonder who stands to gain the most from this witch hunt."

Homeopathy, in particular, is a thorn in the side of Pharma because of the fact that its unique medicines are FDA regulated, safe, inexpensive, and can't be patented. Malerba asked the question,

"Could it be that the media is missing the larger story here, that a powerful medical monopoly is seeking to destroy one of its most successful competitors?"

In India, where homeopathy enjoys tremendous popularity, there are an estimated 250 thousand homeopathic practitioners. Indian homeopath, Dr Sreevals G Menon, seems to agree that there is something fishy going on. He recently wrote:

"The renewed and more vigorous attack on the efficacy of homoeopathy as a curative therapy picked up internationally by the media is nothing but a sinister pogrom by the powerful pharmaceutical corporations the world over." (7)

Media activist and former CBS News correspondent, Sharyl Attkisson, addressed the issue of media manipulation in a recent TED talk. She used the term "astroturfing" to describe fake grassroots movements that are funded by corporate interests in order to control and distort media messages.

But questions remain. Does this constitute an anti-democratic assault on freedom of medical choice? Are media outlets that have been manipulated by corporate medical interests feeding false information to consumers? Why is an increasingly popular medical therapy known for its long track record of safety suddenly receiving so much negative attention?

Unlike some drugs that have been taken off the market after doing a great deal of damage, homeopathy has caused no such harm. Many believe that corporate stakeholders are conspiring to deprive satisfied consumers of their freedom to pursue the therapy of their choice. Perhaps the truth may only be found by connecting the dots.