Views 3942
Posted on:
Wednesday, June 6th 2012 at 7:45 am
Written By:
Anne Gordon, RN
This article is copyrighted by GreenMedInfo LLC, 2012
Visit our Re-post guidelines 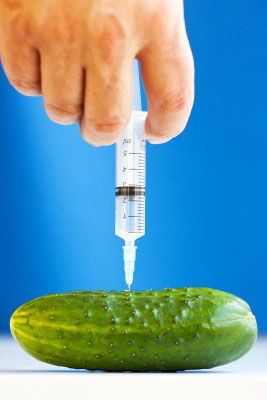 On a popular online deal today, I saw vitamin infused 'chocolate candy'. These delicious nicely packaged candied morsels are infused with probiotics, calcium, and vitamin D3, then they are covered in creamy milk chocolate.  Sounds good? Maybe a bit like yogurt with probiotics? Are these getting us psychologically ready for 'special’ future medical food, that  is,  without a 'need’ for vaccines?

The latest insanity continues. Chillingly, according to the Houston Chronicle, researchers at Texas A&M University  have unveiled a new line of genetically modified (GM) goats that produce a malaria vaccine directly in goat milk. It is disturbing to think that this 'edible vaccine' will be in the milk of a living being. Yes, no more needles might make some people happy, while making new revenues for pharmaceutical companies.

The old news is that genetically modified mosquitoes (to prevent malaria) have already been 'created'  and then released in the wild. These 'flying vaccines' were introduced into the Cayman Islands (2009) and Malaysia (2010). In 2012 they are looking to release the GM mosquitos in the Florida Keys, (the first place in US).

Wild mosquitoes  are essential in the food chain, but, where are the long-term studies for GM mosquitoes ? These living experimentally modified creatures, 'manufactured’ by Oxitec, were put into the wild, the food chain, without the consent of citizens. Think of what happens when bats eat the GM mosquitoes? No one knows..... However, it is coincidental that bats now have a mysterious outbreak responsible for bat deaths.

And then, there is the experimental medicated food known as 'golden rice’ to help fight gastrointestinal disease in African children, released a few years ago. In 2010, UC Irvine researchers developed the first "plastic antibodies" successfully employed in live organisms that stopped the spread of bee venom through the bloodstream of mice. Plastic antibodies, tiny polymeric particles just 1/50,000 width of a human hair, are now accepted as 'synthetic' antibodies.

Nanotechnology is coming to your neighborhood. Learn about the source of whatever you put in or on your body…from chemicals, to nanotechnology, things that you might not want are getting in. Link that to how you feel, and emerging disease. Knowledge is power, your power.