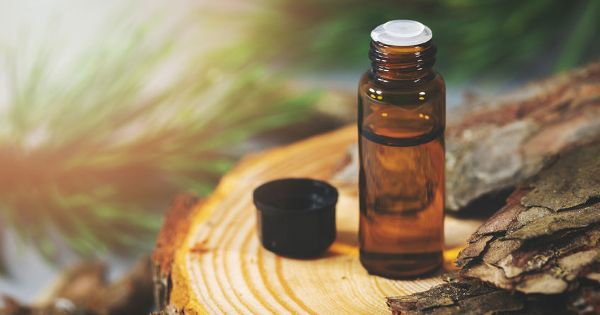 Antidepressant medication has been linked to a number of side effects, including sexual dysfunction. Researchers from Slovakia highlighted the potential of the extract from the bark of pine trees -- specifically Pycnogenol, a patented extract from the French maritime pine tree -- as a solution to common bedroom woes

Pycnogenol may be a relative newcomer in enhancing athletic performance and other bodily functions, but it has an unmistakable flexibility in assisting against a range of health conditions.[i] This patented extract from the French maritime pine tree, as developed by European firm Horphag Research, was recently shown to hold promise in addressing sexual dysfunction caused by antidepressant use.

The randomized trial involved 72 men and women diagnosed with depression who were taking Escitalopram, a selective serotonin reuptake inhibitor (SSRI) used as a common antidepressant.[ii] The subjects were split into two groups: 37 who took 50 milligrams (mg) of Pycnogenol every day for four months and 35 who took just the antidepressant medication. They were examined every month.

The researchers found that while the antidepressant helped improve depressive symptoms and their severity, the Pycnogenol group saw clear results in attenuating sexual dysfunction starting on the first month of treatment, spilling into the second month. The group also demonstrated increased heart rate.

According to the researchers, Pycnogenol's ability to help ease sexual dysfunction from antidepressant treatment may stem from improved endothelial functioning via its antioxidant, anti-inflammatory, vasodilatory and anticoagulant properties. Co-treatment with it while on an antidepressant regimen may then reduce potential sexual dysfunction and elevate heart rate, the team wrote in the journal Physiology International.[iii]

There's an abundance of studies backing the potency and effectiveness of pine bark extract (see nearly 150 diseases that benefit from Pycnogenol on the GMI database), ranging from simple hemorrhoids to more complex conditions such as high blood pressure and psoriasis. Here are five other common benefits you can obtain from this  beneficial natural extract:

Furthermore, the more severe and chronic cases experienced top success from pine bark extract, with 75% of those with fourth-degree hemorrhoids becoming symptom-free at the sixth-month mark (compared to just 36% in the control group).

Pine bark extract also significantly slashes oxidative stress, which has been linked to artery plaques and high LDL cholesterol, and neutralizes free radicals in the body. Pycnogenol could even be nature's powerful aspirin that your doctor never told you about.

Whether your problems in sexual health and performance are rooted in medication or in an entirely different cause, pine bark extract might be worth exploring as a natural remedy. Its track record in a host of ailments suggests it can provide a much-needed boost in the bedroom or in life's daily activities.

[iv] Vinciguerra G et al "Evaluation of the effects of supplementation with Pycnogenol® on fitness in normal subjects with the Army Physical Fitness Test and in performances of athletes in the 100-minute triathlon" J Sports Med Phys Fitness. 2013 Dec;53(6):644-54.