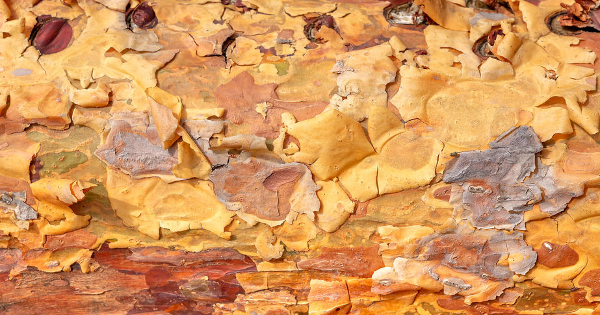 Do you wish you could eliminate unsightly varicose and spider veins, but don't want the risks of surgery or invasive treatments? It may be time to hug a tree and thank pine bark for saving your veins

Varicose veins are a common condition caused when weak veins become swollen and twisted just below the skin's surface. Varicose veins typically occur in the legs and feet but can present in the rectum as hemorrhoids, in testicles as varicoceles and in the esophagus, stomach and liver.[i]

The effects of varicose veins can be null and essentially cosmetic. Yet for some sufferers, these bulging veins cause chronic pain and debilitating discomfort. Varicose veins can also be a sign of broader circulatory issues in the body.

Spider veins are small, mild varicose veins often seen on the face and legs. They can be red or blue in appearance and fan out just below the surface of the skin like a small spider's web. Spider and varicose veins occur when valves controlling blood flow in the veins become weak, causing blood to pool in the areas thereby weakening and damaging the veins. [ii] This breakdown of the vein valves is called chronic venous insufficiency, the cause of which is unknown.

In addition to living a healthy, active lifestyle, there is a nutritional supplement with proven beneficial uses for skin and circulatory problems that may be the "magic bullet" to support vein health.

Trademarked under the name Pycnogenol®, also known simply as "pine bark," the extract of the bark of the maritime pine tree is used to prevent varicose veins[iii] and maintain healthy skin,[iv] and has been scientifically explored for therapeutic uses in more than 147 diseases and conditions. And for a group of postpartum women experiencing varicose veins in the wake of pregnancy, pine bark was just what the doctor ordered.

Published in March 2017 in the International Journal of Angiology, the study examined the evolution of postpartum varicose veins in healthy women after their second pregnancies.[v] Researchers sought to understand how these damaged veins regained their shape and competence, as well as to evaluate the effects of pine bark and compression hosiery as exploratory treatments.

Researchers grouped women into two categories: those who used elastic compression stockings (control) and those who took an oral supplement consisting of 100 milligrams of Pycnogenol® daily. Twelve evaluation targets were established, including visual evaluation of vein characteristics and symptoms reported by the test subjects.

Overall, 133 women completed the evaluation with a minimum of three months of follow-up, and the two resulting groups were comparable for testing purposes. Results showed that at three and six months, the Pycnogenol® group had fewer "bad veins" and incompetent sites than the compression or control group. At six months, there were 13.3% of patients with edema in the control group, versus 3.2% in the Pycnogenol® group.

Spider veins decreased in the Pycnogenol® group, and cramps and other minor symptoms were also less common in that group. While both groups had significant improvements over time (six months), the Pycnogenol® showed greater improvement, overall.

The need for further treatment was limited in the Pycnogenol® group, with a decreased need for sclerotherapy, surgery or other conservative treatments, resulting in a higher satisfaction score for the pine bark supplement takers. Re-evaluation at the 12-month point indicated that varicose and spider vein clusters and associated symptoms did not change.

Researchers concluded that the use of Pycnogenol® improves the signs and symptoms of postpartum varicose and spider veins, and venous function and shape returned to normal faster than they did with the use of compression garments alone.

In healthy veins, these critical blood control valves keep the blood flowing toward the heart and recirculating in a healthy pattern throughout the body. But in cases of chronic venous insufficiency (CVI), the blood collects in the legs, causing swelling, pain, skin color changes and even leg ulcers in advanced cases.

When a person develops spider or varicose veins, they can generally self-diagnose from the obvious physical symptoms. There are basic self-care practices such as wearing compression socks and elevating the legs that can help alleviate any minor associated discomfort. Chronic venous disease requires a medical diagnosis and has other associated symptoms, such as:

For sufferers of CVI, damaged veins can present as malformations resembling clusters of grapes under the skin, or as phlebitis, chronic inflammation of a vein, often accompanied by pain in the associated area. Blood clots are a more serious potential complication of CVI.[vii]

Conventional treatment options for CVI include sclerotherapy, injection of a saline solution into the damaged vein, which reroutes blood flow through other, healthier veins, and treatment with lasers. In more severe cases, surgery may be recommended to remove the damaged vein to enhance blood flow.[viii]

Many allopathic medical treatments, including options for CVI patients, can seem like an all or nothing equation. But if you're stuck somewhere between surgery and compression socks, there are natural methods you can try for managing and potentially preventing CVI from developing or worsening.

A few basic self-care steps can also be integrated into your routine, such as moisturizing and massaging the affected area regularly. Adding 30 minutes of aerobic activity a few times per week enhances blood flow and cardiovascular health, which can lessen symptoms of stagnation. Losing extra pounds can also improve circulation, which could be a beneficial side effect of the added exercise.

To learn more about the benefits of pine bark, explore the more than 165 scientific abstracts with Pycnogenol (pine bark) research on GreenMedInfo.com. You can also learn more about chronic venous insufficiency by reading the studies in our natural health database. 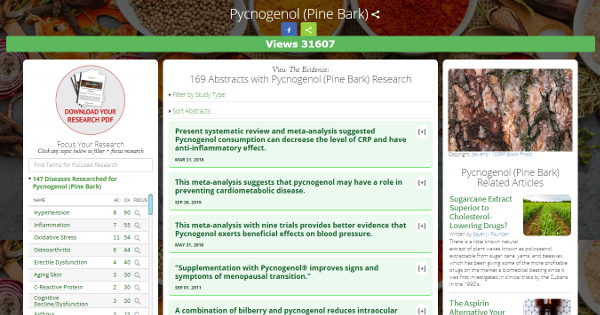 [vi] American Venous Forum, For Patients, What is Venous Disease and Lymphedema? What is Chronic Venous Disease? https://www.veinforum.org/patients/what-is-vein-disease/what-is-chronic-venous-disease/.

[viii] American Venous Forum, For Patients, What is Venous Disease and Lymphedema? What is Chronic Venous Disease? https://www.veinforum.org/patients/what-is-vein-disease/what-is-chronic-venous-disease/.