Pinkwashing Hell: Breast Removal as a Form of "Prevention" 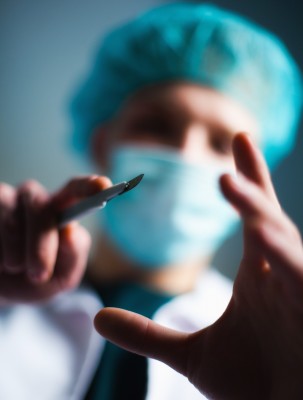 Following closely on the heels of the year's most intensive annual cause-marketing campaign, October's Breast Cancer Awareness Month, two chilling events of grave concern to women and their health were widely (but mostly superficially) reported on in the mainstream media.

First, Allyn Rose, Miss America contestant, announced in early November that she would be undergoing a double mastectomy to "prevent" breast cancer. Rose, a healthy 24-year old Maryland native who lost her mother to breast cancer when she was 16, has been lauded by certain media outlets as an "awareness raising" role model for having the courage to take this "precautionary step" and for spreading her mastectomy-inspired "message of preventive health care" to the masses.  Many of the reports discussed how her decision was spurned by her awareness of having a genetic predisposition for breast cancer. 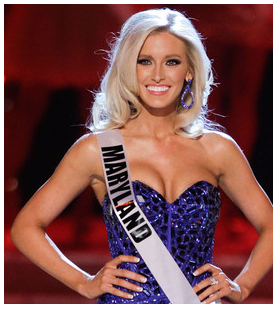 Second, on Nov. 22nd, the New England Journal of Medicine published a review of the past 30 years of mammography finding that not only has the widespread promotion and adoption of breast screenings by millions of women not reduced their mortality (on the contrary, screenings have increased their relative risk of mortality), but that 1.3 million of these women were overdiagnosed and wrongly treated for abnormal findings that were not even cancer, i.e. were screening detected breast abnormalities that if left untreated would have caused no harm to women.

Not surprisingly, this paradigm-challenging finding, in the tradition of embargoed science, was exactly timed to be released to the public on the eve of a major holiday. Subsequently, while folks unplugged from electronic media for a rare family day centered around Thanksgiving dinner, the already watered-down headlines received only lackluster attention considering the true gravity of the study's findings. How many who did happen scan headlines released on that day, such as "Study Faults Breast Exams," truly grasped that 70,000 women a year have their breasts either removed or disfigured, irradiated and then are treated with chemotherapy and/or hormone suppressive therapies for cancers that aren't there?

Rose, of course, is not aware of the disturbing implications within the New England Journal of Medicine study, namely, that the women in her family that she believes all died from "inherited" breast cancer, may actually have died not from breast cancer, or breast cancer associated gene mutations, but from the breast cancer treatments themselves; that is to say, as a result of overdiagnosis and subsequent psychological trauma and physical mistreatment by a completely out-of-touch medical system relying on intrinsically carcinogenic diagnostic and treatment technologies to cut, burn and poison our lesions that would never have progressed to cancer, and may have simply regressed, had they been left undetected and undisturbed.

Nor is she aware that the so-called breast cancer genes, BRCA1/BRCA2, are relevant because they interfere with DNA repair mechanisms related to radiation and chemical exposure, implying that avoiding unnecessary radiation exposure, such as x-ray mammography, and chemicals such as have been found in many pinkwashed consumer products, e.g. KFC chicken (acrylamides) and Yoplait yogurt (rBGH), is of utmost important in reducing her risk of breast cancer.

Truth be told, even the widely attributed increased breast cancer mortality associated with BRCA1/2 (there are actually several thousands variations in these genes within the human population)1 may be a myth. A 2005 BMC Cancer article found that although BRCA positive patients have more frequently negative prognostic factors, their prognosis (actual risk for breast cancer associated mortality) appears to be equal to or better than in patients with BRCA-WT [the typical "non mutated" form found in the majority of the population. Other studies have emerged demonstrating that BRCA's supposed reaper-like hold on women's health is a myth. This is not an academic issue, since mastectomy rates have actually been increasing since 2004, no doubt due to the heightened anxiety over, and vast oversimplification of, BRCA-related risks.

In Rose's mind, however, as in the minds of millions of women who participate in the annual 'breast cancer awareness' pinkwashing campaigns, there is no known cause to cancer outside your own genes (i.e. the hundreds of thousands of novel carcinogens modern man has created don't exist), because this has been the quarter of a century long focus of Breast Cancer Awareness Month. And since there is no known cure either, raising money for future research, promoting mammography at each and every step, and now, removing healthy breasts before a problem occurs, is all you can do.

But Rose's story took an even stranger twist when her genetic tests revealed that she was, in fact, negative for the breast cancer susceptibility genes, BRCA1/BRCA2.  The would-be genetic inevitability of cancer implied by her positive family history of the disease, and her disturbing choice to have her breasts removed in order to prevent disease within them, was therefore strictly theoretical, unsubstantiated by empirical evidence. And yet, despite these negative findings, she stated that she still plans to have them removed sometime after the upcoming Miss America contest.

It turns out that Rose's risk for breast disease may indeed have been inherited through her family in the form of irrational fears passed down by her father.  As reported by the Washington Post:

Allyn Rose's father first suggested the mastectomy when she was a freshman in college. It was a couple years after her mother had succumbed to breast cancer; genetic testing and a long, sad family history of early deaths indicated that Rose, too, was at a high risk.

"I thought, 'I just got my breasts! I'm young, I'm beautiful.' I didn't want to do this." the southern Maryland native, 24, told us Monday. "My dad looked me in the face and said 'You're going to end up dead just like your mother.'"

The process of grieving can feel like drowning. In our desperate flailing to be saved from the pain of loss, we can unwittingly pull our still remaining loved ones under with us.

Rose's father does not know better. He has not been told the truth about breast cancer, or cancer in general. Cancer does not just "happen to us" because we have inherited "bad genes," or simply the byproduct of a series of chaotic mutational events within our DNA; rather, cancer is something the body does to survive an increasingly toxic environment, diet and lifestyle. Prevention is not equivalent to cutting out the organ or organs that 'could' be afflicted. Nor is it equivalent to compressing and irradiating the breasts with highly carcinogenic x-rays to "detect cancer early."

Also, abnormal breast findings, such as ductal carcinoma in situ (DCIS), and which is the primary form of "cancer" detected through mammography, do not imply an irrepressible trajectory towards death.  To the contrary, the latest NEJM finding indicates that the vast majority of such 'abnormalities' would never progress to cause harm in women. To the contrary, by "treating" such findings as if they are cancer, the treatment itself drives those tissues into greater malignancy, and through the profound psychological and physiological abuse overtreatment produces, creates the ideal conditions for cancers to proliferate or recur.

Of course, Rose's decision is being upheld by many within the mainstream media as a perfectly sane, if not also courageous act – one, perhaps, to be emulated by countless other young women in the future who will never be told the truth about the preventable causes of breast cancer, or all that can be done naturally to prevent and treat it.