Views 1622
Posted on:
Friday, December 12th 2014 at 1:00 pm
Written By:
Kent Heckenlively
This article is copyrighted by GreenMedInfo LLC, 2014
Visit our Re-post guidelines 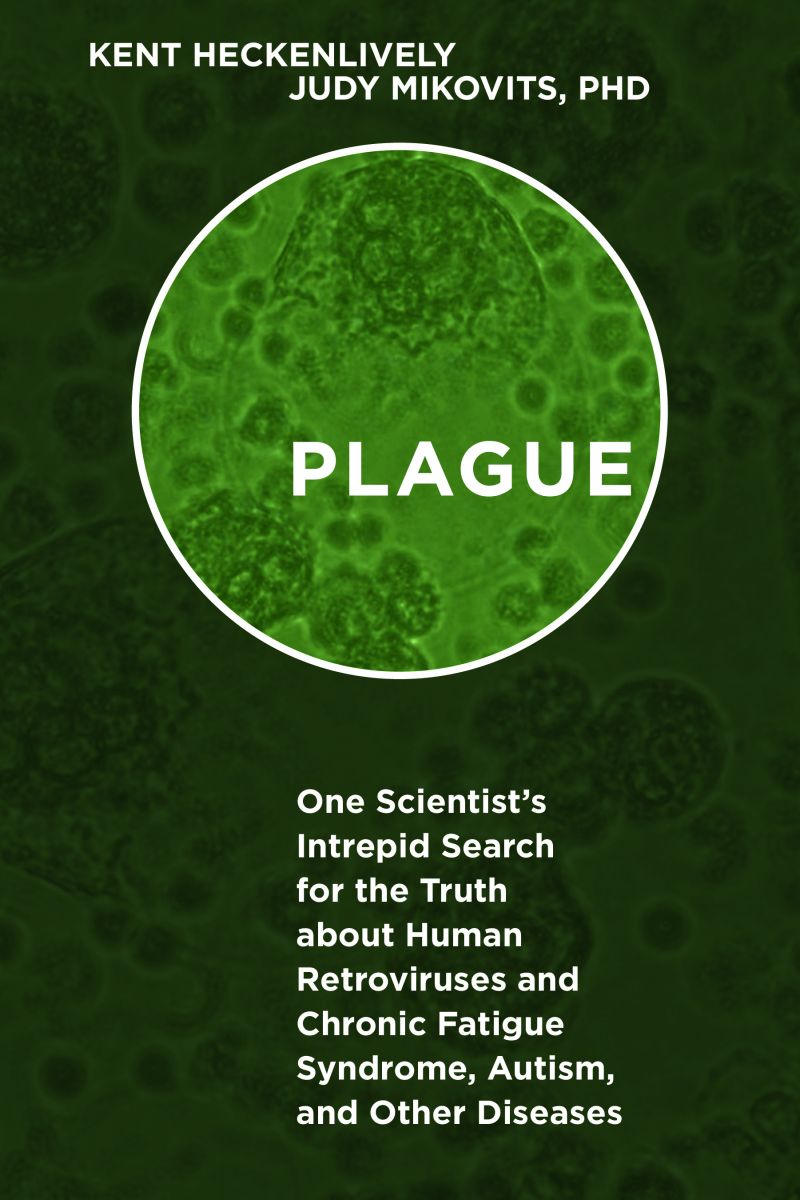 It's always nerve-wracking when one writes a book and waits for the public reaction.  Especially in a book like the one I've co-written with Dr. Judy Mikovits, PLAGUE: One Scientist's Intrepid Search for the Truth about Human Retroviruses, Chronic Fatigue Syndrome (ME/CFS), Autism, and Other Diseases, in which we are attempting to unite various disease communities.

I'm known as an autism advocate so I wondered whether my fellow advocates would question why I spent years chasing down this story of a scientist known mostly for her investigations of chronic fatigue syndrome (ME/CFS).  And for those in the chronic fatigue syndrome (ME/CFS) community, would they think we have done justice to their suffering?  These are the questions that have kept me up many nights over the past two and a half years.

But it seems that we may have threaded the eye of that very narrow needle.  PLAGUE now has 26 reader reviews on the various Amazon platforms, and they have been ... well, I'll give you a few excerpts:

From Carol Fisch, a retired microbiology and stealth pathogen researcher:

"I have waited for this book for well over a year.  I read it in three days as I couldn't put it down!  So many need to thank Judy Mikovits, PhD, for risking her career to fight as a scientist should, to tell the truth ..."

JT wrote on his Amazon review:

"I encourage everyone to read this book.  The authors have made tremendous efforts to make this book understandable to most people.  Anyone interested in chronic diseases (auto-immune, chronic fatigue syndrome, fibromyalgia, gulf war syndrome, autism, vaccines, bio-pharmaceuticals) and how academic/government research and government agencies handle these topics will be enlightened ..."

Another reader wrote on Amazon:

"Just finished Plague this morning.  It was riveting and hard to put down.  It's a very well-written book and I enjoyed reading it.  The authors did an excellent job of breaking down the science and keeping it very simple ..."

Mark Blaxill, a Harvard MBA and the founder of Safe-Minds, an autism advocacy group writes:

"A fascinating combination.  The authors weave together a fascinating medical history, a modern day scientific drama and a legal thriller in a unique narrative that calls attention to the deep dysfunction and corruption in the heart of the medical industrial complex ... If anyone ever tries to tell you that mainstream scientists (and the poo-bahs that walk the halls at the National Institutes of Health) operate with higher standards of honesty and intellectual rigor than the rest of the world, give them this book!  Any eye-opening account and a must read."

From Thomas Smith, a reader on Amazon UK:

"PLAGUE is well written, I'm impressed, it's far better than I imagined considering the pressures of time placed upon the authors.  PLAGUE reads in a style of a review by co-author Kent Heckenlively, not in the 'lead' authors own words of detailed lament.  This was a sensible approach as otherwise PLAGUE may have been open to obvious 'bias' of a scientist who has a very real axe to grind.  PLAGUE not only avoids bitterness, but instead manages a back and forth detailed look at various players in the saga of what happened to 'XMRV' and its association to ME (CFS), and it does so with over 700 references, many of which are direct quotes ..."

"It reads like a sinister thriller and will surely have the makings of a major movie ..."

Louise Ramage writes on the Amazon site for Canada:

"An excellent true story about the injustices and cover-ups town myalgic encephalomyelitis.  This book reads like fiction with twists, turns, injustices, cover-ups and even the wrongful imprisonment of Dr. Judy Mikovits (a scientist who uncovered shocking revelations!)  Why doesn't the medical profession want you to know the truth?"

For those of you who are interested in health, how can you not afford to read this book about a bold and courageous scientist?