Views 160
Posted on:
Wednesday, January 8th 2020 at 11:45 am
Posted By:
GMI Reporter
This article is copyrighted by GreenMedInfo LLC, 2020
Visit our Re-post guidelines 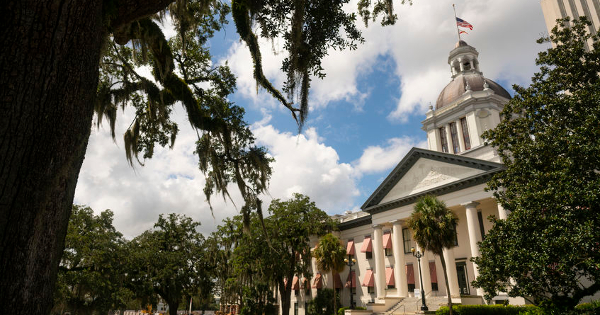 Florida's religious and medical rights are still under attack. It is the Florida people that elect lawmakers that must be informed on what is taking place and must be heard by those in positions of power. There are several concerning bills filed for the 2020 legislative session in Florida. SB 64 is among the most concerning and requires your attention. It's each of us standing in confidence that allows us to make a difference together.

If SB64 becomes law, the religious exemption to vaccines that public and private school children have would be abolished. There would also be a new section of law requiring the Board of Medicine and the Board of Osteopathic Medicine to create a special panel that reviews and approves all medical exemptions. Draconian efforts like this have succeeded in other states; most recently, California. It is a dangerous bill that threatens the sanctity of the doctor-patient relationship, and it needs to be stopped immediately.

ACT NOW by sending the message points below to your elected officials on Stand for Health Freedom. After you submit your email, you will be prompted to call your representatives using the call script that pops up. It is each of us speaking in a strong, unified voice that allows our message to be effectively heard.

Be sure to share this campaign (and the points below) with your friends and relatives regardless of their health choices. Florida residents need to know their human rights and civil rights are on the chopping block! The state is clearly overstepping its bounds when it tries to make health decisions for its citizens or interfere with the way they worship. There is no such thing as a free society when the government takes on the role of doctor and God.

Use the following points to help educate your family, friends, and public officials. Before you schedule a meeting with your elected official, please read SHF's advocacy tips one-pager. During your meeting, ask if he or she can commit to opposing SB 64 on the following grounds:

1. SB64 repeals religious freedoms and interferes with the doctor-patient relationship. The only person qualified to make a decision about a patient is the patient with guidance and support from his or her doctor, not a state bureaucrat who has no connection to -- or history of caring for -- the patient. The bill would create a special medical exemption review panel charged with approving and rejecting all medical exemptions, giving the state the authority to play doctor.

2. The overreach of removing freedoms for public health is not necessary. There is no credible evidence that Florida's vaccination rates are an issue, and there's no credible evidence that unvaccinated kids spread illnesses at a higher rate than vaccinated kids. Vaccination rates for Florida school children are already high and exemption numbers are already low. According to state data, only 3% of kindergarteners and 1.7% of 7th graders have religious exemptions. Less than 0.5% of students have medical exemptions. Moreover, infectious disease experts say that illnesses like measles will occur with or without the practice of removing exemptions, as outbreaks are the result of primary and secondary vaccine failure.

3. Exemption rates are being misrepresented by the bill's sponsor. The CDC's ever-expanding vaccine schedule is not accounted for when looking at why exemption numbers have increased. The schedule requires children to receive 69 doses of vaccines for 16 different viral and bacterial illnesses. This is more than double the government-sanctioned childhood schedule of 34 doses of 11 different vaccines in the year 2000. When looking at exemption data, it is incorrect to assume that a student with an exemption is completely unvaccinated, as students with exemptions could be partially vaccinated or simply opting to get a particular vaccination at a later date. That's because a vaccine exemption must be filed whether someone is seeking an exemption for a single dose or for all required doses. Over the past two decades, 35 doses and five more unique vaccines have been added to the CDC schedule, which has heightened the need for exemptions.

4. Formal religious doctrine and opinions of religious leaders are immaterial to religious freedom. The right to hold --and exercise -- personal religious beliefs is granted by the US Constitution and the Constitution of Florida. Both allow for the freedom to operate by the dictates of your own conscience. Claims by SB64's sponsor that parents are misusing religious exemptions are not only unsubstantiated, they are misguided. According to the Constitution, someone does not have to belong to an organized religion to be able to exercise their sincerely held religious beliefs, nor does the religion that someone belongs to have to formally oppose vaccinations in order for their beliefs to be deemed sincere or valid.

5. Vaccine exemptions need to be expanded and preserved for an aggressive and constantly expanding schedule. Vaccines inevitably cause injury and death to some, and manufacturers and doctors have no liability for those injuries or deaths. The US Government has paid out more than $4.2 billion to claimants through the National Vaccine Injury Compensation Program, which is funded by a 75-cent consumer excise tax on each recommended childhood vaccine. At present America's biopharmaceutical research companies are developing nearly 300 vaccines, and the US vaccine market is expected to jump from $36.4 billion to $50.4 billion over the next three years. The pharmaceutical industry is extraordinarily powerful and spends more each year on lobbying than any other industry. With vast resources to influence policy and remove parental rights, the pharmaceutical industry benefits financially every time a vaccine is mandated; it grows their market while forcing a product for which they have zero liability on innocent school children.