The Power of One Voice 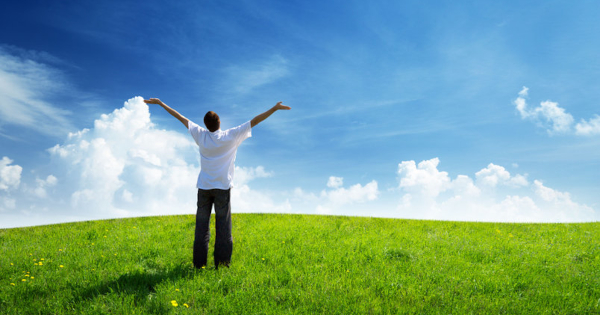 It's easy to feel discouraged when defending health freedom. It's easy to think your voice falls on deaf ears. But you're about to read about what one man did one-hundred-sixteen years ago to defend his Constitutional rights, because it's relevant to you today. Henning Jacobson is proof that one voice matters. Jacobson's fight for his own bodily sovereignty reverberated across a century. When he stood for himself, he stood for every American who came after him, including you and me today.

Everyone is talking about the Supreme Court case, Jacobson v Massachusetts because they are looking for an anchor.[i] The U.S. hasn't seen a public health emergency of this scale in a century. The shock of lockdowns, the uncertainty of information, and the massive reach of government into our lives is unprecedented. When law and order run rampant "beyond all question," courts keep the scales of justice balanced. Courts don't make the law, they review it. They use our Constitution and cases that came before (a.k.a. precedent). Jacobson is the most directly on point case we have in the context of covid. It is a rare vaccine case heard by the U.S. Supreme Court, and the only one about a state mandate.

Many assert Jacobson stands for the ability of government to force people to be vaccinated. It does not. The facts are misunderstood, and the meaning of the case for us today is not clear. It happened over 100 years ago and the world was quite different.

Jacobson was decided in 1905. Infectious disease was the leading cause of premature death. Some Supreme Court justices were Civil War veterans, while Jim Crow laws abounded. Germ theory was gaining a foothold.[ii] Women didn't have the right to vote. Babies were delivered by midwives. Allopathic doctors fought to out-market homeopaths and midwives. The Homeopathic Medical College of Philadelphia (now Hahnemann Hospital) made news when allopathic students refused to march with homeopathic colleagues in the annual "medical parade."[iii] There was no oversight for scientists trying to create vaccines for cholera, plague, typhoid and rabies.

In 1905, the federal government had very little to do with public health other than protecting ports of entry from incoming disease. That changed in 1902. The Biologics Control Act (known as the "Virus-Toxin Law") was passed in response to deaths in children and adults across the country from administration of tainted vaccines and anti-toxins, many times due to local mandates.[iv]

Who Was Henning Jacobson, and What Happened in his Case?

The story goes: Jacobson, a father of a small boy, refused vaccination during a smallpox epidemic. He was thrown in jail and lost in the Supreme Court. Since he lost, he was vaccinated…right?

No. If that were the whole story, we'd all be doomed. But it is not.

Jacobson lost his case, but he was not forcibly vaccinated. Jacobson was arrested for noncompliance with Massachusetts law, not for refusal to vaccinate. This was a criminal case. He declined to follow a law dictating a choice between a vaccine and a $5 fine (about $150 today). When he lost his case at the highest court in the land, he was ordered to pay the $5 fine.

Jacobson, and his son, suffered vaccine injury. Jacobson was a pastor and well respected in his community. He had no history of civil disobedience. When government came by to inoculate in prior years, in prior outbreaks, he complied.

Like many who rely on informed consent today, Jacobson chose vaccination when he was asked by his government.

His parents had done the same in Sweden when he was a boy. Jacobson had a reaction when he was inoculated with smallpox at the age of six, and subsequently his son had a serious reaction in the U.S. After experiencing a bad reaction himself, and supporting his son through a reaction as well, he refused.

Jacobson's defense evidence was not allowed. Henning Jacobson attempted to present the trial court with testimony that he had a reaction, his son had a reaction, and others he knew did as well. The court would not hear it. He was also denied the ability to show evidence with expert testimony that vaccines were unsafe. The Court took judicial notice that vaccines were both safe and effective, despite the fact that just three years prior the first law was passed to regulate vaccines in response to many reports of injuries and deaths. Jacobson was also denied the ability to give jury instructions.

Two Justices dissented but penned no dissent. History can only speculate on their refusal to join.

The Legacy of Jacobson is Unclear

In general courts will give "strict scrutiny" to government actions that curtail fundamental rights. Some say Jacobson temporarily lowers the threshold to questioning whether there is a "rational basis" for the government to limit rights. Some say Jacobsen isn't good law because it was written before the Court adopted the Constitutional analysis we use today for fundamental rights.

One of the first covid cases to reach SCOTUS after lockdown cited Jacobsen. In South Bay United Pentecostal Church v Newsom, a challenge was brought to a CA public health order limiting church attendance while exempting commercial businesses. SCOTUS stopped California from closing churches, but allowed capacity limits. Chief Justice Roberts agreed with the outcome, but instead of simply examining the case as a Free Exercise case, he cited Jacobson, stating health and welfare decisions are to be left to "accountable officials of the States."[v]

Since Roberts opened the door, there have been well over one hundred cases citing Jacobson in the last two years, many interpreting the Chief Justice's words to mean greater deference to government actions in an emergency. However, Justice Gorsuch pointed out in a subsequent case that Roberts' "willingness to defer to executive orders in the pandemic's early stages" was "based on the newness of the emergency and how little was then known about the disease."[ii] Pointing out the long shadow of the covid pandemic, he went on to say, "Jacobson hardly supports cutting the Constitution loose during a pandemic." Fellow Justice Alito pointed out the absurdity of applying Jacobson "It is a considerable stretch to read the decision as establishing the test to be applied when statewide measures of indefinite duration are challenged under the First Amendment or other provisions not at issue in that case."[vi] He continued, "in any event, it is a mistake to take language in Jacobson as the last word on what the Constitution allows public officials to do during the COVID-19 pandemic."[iv]

The question before the court in Jacobson was whether it was constitutional for a state to mandate a vaccine and impose a secondary consequence for refusal. The Court held that it was, assuming there is a medical exemption.

Courts overall seem to be willing to uphold secondary, nonmedical consequences for refusal to vaccinate. Consequences for refusing a vaccine mandate can be "severe," to use language from the Department of Justice. Indeed, a Texas case declared an employee would "simply need to work somewhere else," if she refused an employer mandated vaccine.

The question is, how far can consequences go before there is no real choice anymore? The Jacobson Court did not comment on the reasonableness of the fine, and recently Justice Gorsuch opined the $5 fine was "relatively modest." Since Jacobson provides no guidance on this, it could be anticipated if and when that question comes before the Court, that Court will have to turn to cases that look at whether a restriction on a fundamental right is an "undue burden."

SCOTUS unilaterally determined Mr. Jacobson was "was himself in perfect health and a fit subject of vaccination" after he was refused the right to testify otherwise. That refusal was not found to be in error. The case simultaneously enshrined the necessity for a medical exemption (the court stated it would be "cruel and inhuman" to subject a person to vaccination contrary to the condition of health or body), and the difficulty in obtaining one.

No matter how it is interpreted, Jacobsen can inform our health advocacy work. Jacobson tells us the work of the Health Freedom Advocate has the most leverage at the doorstep of our elected officials. The court stated, "it is for the legislature, and not for the courts, to determine in the first instance whether vaccination is or is not the best mode for the prevention of [disease] and the protection of the public health."

The deference courts give to legislatures in matters of public health, and the acceptance of the medical belief that vaccines are safe and effective, is over a century old. Even in 1905, the court deferred to allopathic doctors asserting vaccines were safe and effective. "What everybody knows, the court must know." The Court assumed the legislature weighed the evidence for and against vaccinations.

The Jacobson court let us know the time to be involved in health rights advocacy is before a bad law is passed. Our voices will be the loudest and strongest when directed toward those who are directly accountable to us. Every single phone call and email and appearance at a hearing makes a difference. Educating legislators and public health officials makes a difference. We protect our civil rights in health care when we work with our elected officials to put in place good laws and kick bad bills to the curb before they get enacted.

So when you get discouraged, when "what's the point" whispers in your ear, remember Henning Jacobson. Remember the lesson he gave us in early advocacy. Remember the stand he took and the impact that made. One person alone can change the world, but together we are mighty.

You are not alone when you stand for health freedom. You are a part of a growing alliance of health and heart conscious Americans. Stand For Health Freedom is here to support you as you take steps in health sovereignty.

Steps You Can Take

Step One: Join your voice with the tens of thousands of people who have contacted their representatives to let them know Americans stand for health freedom.

[v] To be clear, Jacobson regarded states' general police powers to make laws for health. The case should not apply in questions of federal mandates because the federal government does not have a generalized police power, only specific enumerated powers granted through the Constitution.