Pregnant Women Should Not Get a COVID Vaccine 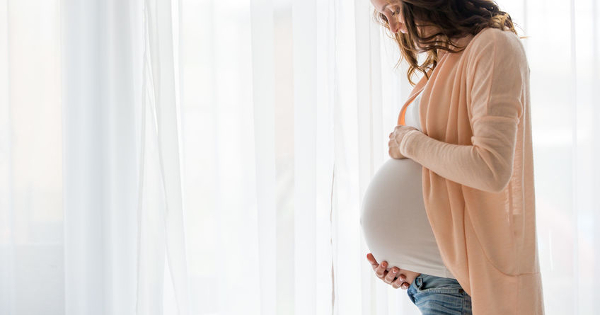 By injecting pregnant women with novel COVID-19 mRNA gene technologies, the medical establishment has thrown away one of the most fundamental safety edicts of medicine, which is that you do not experiment on pregnant women.

None of the COVID-19 vaccines on the market are licensed. They've only received emergency use authorization, as basic efficacy and safety studies are still ongoing. Yet pregnant women are urged to get vaccinated, and are lining up to get the shot -- probably while at the same time being careful about avoiding second-hand smoke, alcohol and drugs with known or suspected toxicity.

In my view, giving these vaccines to pregnant women is beyond reprehensible. This experimentation is doubly unforgivable seeing how women of childbearing age have virtually no risk of dying from COVID-19, their fatality risk being a mere 0.01%.1

Contrast this dramatic downside to the potential benefits of the vaccine. You can still contract the virus if immunized and you can still spread it to others.2 All it is designed to do is lessen your symptoms if or when you get infected. Pregnant women simply do not need this vaccine, and therefore any risk is likely excessive.

It seems like the choice is obvious, unless you are an unethical pharmaceutical company that has been previously convicted of criminal felonies that resulted in billions of dollars in judgments and is seeking to create tens of billions of dollars of revenue.

As reported by The Defender,3 as of April 1, 2021, VAERS had received 56,869 adverse events following COVID-19 vaccination, including 7,971 serious injuries and 2,342 deaths. Of those deaths, 28% occurred within 48 hours of vaccination. The youngest person to die was just 18 years old.

There were also 110 reports of miscarriage or premature birth among pregnant women. In all, 379 pregnant women reported some sort of adverse event. In the U.K., the Medicines and Healthcare Products Regulatory Agency (MHRA) Yellow Card reporting site that collects COVID-19 vaccine side effects had, as of March 28, 2021, 40 miscarriages listed for Pfizer's vaccine4 and 15 for AstraZeneca's.5

Stephanie Seneff, Ph.D., sent me a 2006 study6 that could explain this, as it showed sperm can take up foreign mRNA, convert it into DNA, and release it as little pellets (plasmids) in the medium around the fertilized egg. The embryo then takes up these plasmids and carries them (sustains and clones them into many of the daughter cells) throughout its life, even passing them on to future generations.

It is possible that the pseudo-exosomes that are the mRNA contents would be perfect for supplying the sperm with mRNA for the spike protein. So, potentially, a vaccinated woman who gets pregnant with an embryo that can (via the sperms' plasmids) synthesize the spike protein according to the instructions in the vaccine, would have an immune capacity to attack that embryo because of the "foreign" protein it displays on its cells. This then would cause a miscarriage.

If there were, truly, a public health authority in the U.S., the criminals that are recommending this would be put in prison for reprehensible criminal negligence for the unnecessary damages they are causing to pregnant women and the deaths of their unborn children.

Even among non-pregnant women, side effects hinting at reproductive side effects are being reported, such as heavier than normal menstrual flow, uterine bleeding or restarting their period for the first time in years.7,8

While no one knows what might be causing the heavier flow, it may be worth looking into the parallels between the blood clotting disorders reported, both in some COVID-19 cases and post-COVID-19 vaccination, and Von Willebrand disease, a chronic condition that prevents normal blood clotting, thus resulting in excessively heavy periods.

Several individuals have rapidly developed immune thrombocytopenia9,10 (ITP), a rare autoimmune disease, following COVID-19 vaccination.11 The condition, which is often lethal, causes your immune system to destroy your platelets (cells that help blood clot), resulting in hemorrhaging. Despite the loss of platelets, serious blood clots are also occurring at the same time.

One example is the 58-year-old Florida doctor who got the Pfizer vaccine and died from sudden onset of ITP two weeks later. Dr. Jerry L. Spivak, an expert on blood disorders at Johns Hopkins University, told The New York Times "it is a medical certainty" that Pfizer's COVID-19 vaccine caused the man's death.12,13 Pfizer, of course, denies any connection.

At least two papers have been published on the condition, as scientists search for clues as to how the vaccines might be causing this unusual reaction. As reported by The Defender:14

"Two teams of researchers have published detailed observations of patients who developed thrombotic thrombocytopenia after receiving the AstraZeneca vaccine and have speculated about a possible mechanism.

Both groups suggest that the development of serious blood clots alongside falling levels of platelets is an immune response that resembles a rare reaction to the drug heparin, called heparin-induced thrombocytopenia. The researchers have labelled the syndrome vaccine-induced immune thrombotic thrombocytopenia."15,16

It's unclear, however, where the platelet-antagonistic antibodies come from. They might form against the spike antigen, or perhaps it's a response triggered by some other immune response factor. Either way, doctors at Oslo University Hospital recently announced the blood clotting disorders experienced by some recipients of the AstraZeneca vaccine are caused by the vaccine:17

"Our theory that this is a powerful immune response most likely triggered by the vaccine, has been confirmed … In collaboration with experts in the field from the University Hospital of North Norway HF, we have found specific antibodies against blood platelets that can cause these reactions …

Several European countries have halted use of the AstraZeneca vaccine due to blood clots in the past several weeks, and in the U.S., the FDA and CDC have agreed to temporarily halt use of Johnson & Johnson's vaccine while they review six reports of blood clots in combination with low platelet counts. So far, one has died. Another is in serious condition. The announcement was made April 13, 2021.18

Other potential mechanisms of action also exist. For example, as noted by freelance medical writer and neurobiology postgrad Shin Jie Yong in a March 19, 2021, Medium article,19 Dr. Goh Kiang Hua, a consultant general surgeon and Fellow of the Royal College of Surgeons, has suggested a novel hypothesis to explain the loss of platelets seen in some COVID-19 vaccine recipients.

"Platelets then become deficient, causing thrombocytopenia," Yong writes, adding, "Of course, he emphasized that these are just speculations." In my view, Hua may well be onto something. If correct, it would be an elegant explanation.

Swollen lymph nodes on a mammogram are one sign of breast cancer. University Hospital's breast imaging department also reported that they are fielding calls from patients who are concerned about finding swollen nodes under their arms.

According to the news report, data from the U.S. Centers for Disease Control and Prevention shows over 11% of vaccine recipients have swollen lymph nodes after the first dose of COVID-19 vaccine and 16% after the second dose. The swelling typically begins two to four days post-vaccination, and can persist for up to four weeks.

Lymph nodes that remain engorged beyond the four-week mark need to be evaluated by your doctor, Dr. Holly Marshall with University Hospitals told Fox 8 News.

Getting back to vaccination during pregnancy, it's important to realize that this is a time during which experimentation can be the most hazardous of all, as you're not only dealing with potential repercussions for the mother but also for the child. Any number of things can go wrong when you introduce drugs, chemicals or foreign substances during fetal development.

According to the Mayo Clinic,21 30,000 pregnant women have been "successfully" vaccinated against COVID-19 in the U.S. with either Pfizer's or Moderna's mRNA vaccines. They don't mention anything about reported side effects, but as mentioned earlier, 379 VAERS reports had been filed by pregnant women as of April 1, 2021.

A recent BBC article22 sought to make light of post-vaccination miscarriages, saying, "Data showing a miscarriage occurred after a vaccine does not mean that the two events are linked." Meanwhile, people dying from heart attacks, cancer and other longstanding diseases who tested positive for SARS-CoV-2 were counted as COVID-19 deaths, no questions asked. There was no difficulty in linking those data points to drive up COVID-19 fatality statistics.

The BBC also notes that miscarriage is "very common," with 1 in 8 pregnancies (12.5%) ending in miscarriage. The U.K. MHRA, in an effort to put a lid on concerns about miscarriages, claim they occur in "about 1 in 4 pregnancies,"23 or 25%, which strikes me as an exaggeration.

Other sources24 reviewing statistical data stress that the risk of miscarriage drops from an overall, average risk rate of 21.3% for the duration of the pregnancy as a whole, to 5% between Weeks 6 and 7, all the way down to 1% between Weeks 14 and 20. One way to assess whether miscarriages are in fact increasing after vaccination could be to compare miscarriage rates during the second and third trimester, when spontaneous losses are at their lowest under normal circumstances.

A vaccination safety monitoring program led by the CDC called V-Safe currently has 2,000 pregnant patients enrolled, but fewer than 300 had completed their pregnancies by the end of March 2021.25 Their babies will be evaluated for side effects until they're 3 months old.26

These are not significant numbers. It's also a very short follow-up for the babies. So, while COVID-19 vaccines are hailed as safe for pregnant women and their babies alike, they seem to be basing such claims on extremely limited data.

On the whole, injecting pregnant women with novel gene therapy technology that can trigger systemic inflammation, cardiac effects and bleeding disorders (among other things), isn't a good idea in my view, and violates both the Hippocratic Oath that admonishes doctors to "First, do no harm," and the precautionary principle that, historically, has governed health care for pregnant women.

Report All COVID-19 Vaccine Side Effects

If you or someone you love has received a COVID-19 vaccine and are experiencing side effects, be sure to report it, preferably to all three of these locations:27