Prevent and Treat the Common Cold with Strain-Specific Probiotics 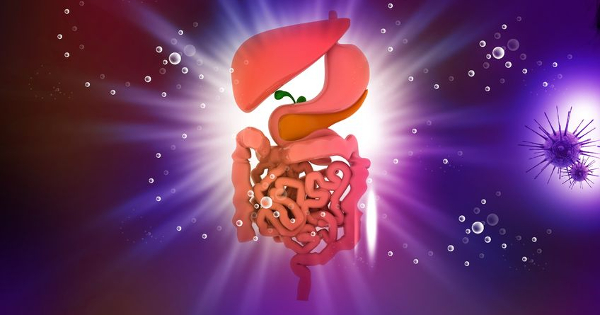 Rather than haphazardly buying probiotics off the shelf, customize your selection this cold and flu season with evidence-based strains proven to boost immunity.

Burgeoning technological innovations and scientific revelations have provided us with unparalleled insight into the inner workings of our universe, from the microcosmic realm of the microbiota to the macrocosmic landscape of planetary interactions and phenomena at the galactic scale. However, mankind has yet to conquer the common cold.

American adults contract between two and four colds per year whereas children under two years of age experience six cold infections per year on average (1, 2). When assessed twenty years ago, annual medical expenditures related to the common cold totaled $17 billion dollars whereas the economic burden due to loss of productivity was $25 billion (3).

Several forms of rhinovirus constitute the causative agent behind the common cold, which engender a self-limiting viral infection confined to the upper respiratory tract involving the nasal passages, sinuses, pharynx, and larynx (1). After exposure, there is a latent incubation period of one to three days before symptoms such as malaise, cough, runny nose, and nasal congestion appear, which can then persist for seven to ten days and occasionally remain for weeks (4, 5).

Although no treatments have been established to treat the common cold, and antiviral pharmaceuticals have proven ineffective, up to one in five adults and one in three children on average visit a physician as a result of upper respiratory tract infections resulting from the common cold, which often culminates in antibiotic overprescribing and ensuing antibiotic resistance (3, 6). In fact, 75% of all antibiotic use in high-income countries is attributed to upper respiratory tract infections in which antibiotics have no efficacy if the infection is viral in origin (7).

In addition to micronutrient sufficiency, managing stress, ensuring restorative sleep, and handwashing, all of which mitigate risk of the cold, there are several natural substances that can prevent colds or shorten cold duration (8, 9, 10). Although the field is still in its infancy, strain-specific probiotic therapies, for example, are promising for boosting immunity and fighting infection both prophylactically and acutely.

Although re-inoculation of commensal bacteria that have been extinguished due to antibiotic usage is not plausible with most oral probiotics, administration of probiotics which transiently pass through the digestive tract exert immunomodulatory effects (11). At the local level, short-chain fatty acids such as butyrate which are a byproduct of bacterial fermentation reinforce the gut barrier, maintaining tight junction integrity (12). Thus, probiotics prevent the intestinal hyper-permeability that is colloquially known as leaky gut syndrome, interfering with the translocation of toxicants and virulent microbes across the gut barrier (12). Probiotics likewise enhance the production of intercellular signaling messengers known as cytokines, such as interleukins, interferon, and tumor necrosis factor, all of which amplify the immune response to pathogens (13, 14).

Systemically, probiotics improve the innate, non-specific immune system which constitutes the first line of defense against pathogen invasion. Probiotics have been demonstrated to improve activity of phagocytes or ‘big eaters’ which function in clearance of microbe-infected cells and enhance the expression of receptors required for phagocytosis, the process by which cells engulf and eliminate viral particles or bacterial elements (15, 16, 17). For instance, studies exemplify that lactic acid bacteria augment the phagocytic functions of various leukocytes including monocytes, macrophages, natural killer cells, and neutrophils (18).

Similarly, probiotics increase the respiratory burst, a process by which reactive oxygen species (ROS) such as the superoxide radical and hydrogen peroxide are rapidly released from immune cells to neutralize and degrade internalized particles, viruses, and bacteria (15). By the same token, probiotics improve the peripheral pool and activity of natural killer (NK) cells, a specialized cytotoxic cell essential to the early immune response that kills cells infected with viruses (19). The microbiocidal (microbe-killing) action of neutrophils, an immune cell which is one of the first at the scene of infection, ingests microorganisms, and secretes enzymes to kill invading microbes, is also enhanced by probiotics (20).

Secondarily, adaptive immunity, which occurs later on in infection and tailors the immune response to target the microbial entity at hand, is improved with probiotic administration as evidenced by higher levels of IgG, IgM, and IgA immunoglobulins (21, 22). Immunoglobulins are antibodies which bind to and neutralize antigens, or specific molecular patterns on pathogens, in order to eliminate infection. Lastly, probiotics may favorably influence the immune system through interaction with toll-like receptors, a class of proteins expressed on sentinel cells of the innate immune system which recognize conserved structural motifs on microbes (23).

However, there were marked differences in formulations, colony-forming units (CFUs), and strains administered, so the following will detail some of the most evidence-based strains. When searching for probiotics, it is important to pay attention to the principle of strain specificity, since according to researchers, generalizability from one strain to another, even within the same species categorization, is impossible (25).

To put this in perspective, strains are analogous to breeds of dogs. Although a shih tzu and a German shepherd both fall under the same taxonomic genus and species classification of Canis familiaris, they possess dramatically different characteristics. One a lap dog and the other a guard dog, the qualities of one cannot be automatically extrapolated to the other.

Arguably, Lactobacillus rhamnosus GG (LGG) is one of the best researched commercially available probiotic strains which is ubiquitously available over the counter. In one double-blind, randomized, placebo-controlled trial, 742 hospitalized children were administered a fermented milk product containing LGG or a pasteurized milk product without LGG (26). Those who received the LGG treatment had a 62% lower risk of respiratory tract infection and were 60% less likely to have episodes of respiratory tract infections exceeding three days (26). As an aside, LGG likewise reduced gastrointestinal infections by 50%, episodes of gastrointestinal infections exceeding two days by 60%, vomiting episodes by 50%, and diarrheal episodes by 76% compared to those in the placebo group (26).

A seven month randomized, double-blind, placebo controlled study in Helsinki, Finland also illustrated that milk supplemented with LGG reduced risk of respiratory infection complications by 17%, days absent from day care due to illness by 16%, and antibiotic treatments for respiratory infection by 19% (27). Similarly, another randomized, double-blind, placebo-controlled study, recruited formula-fed infants from well-baby clinics and supplemented their formula with a combination of LGG and Bifidobacterium lactis Bb-12 or placebo until a year of age (28). A 56% reduced risk of otitis media (ear infection), 48% reduced risk of antibiotic usage, and 49% reduced risk of recurrent respiratory tract infection was observed with the probiotic treatment compared to controls (28).

Lactobacillus casei is a probiotic species which has exhibited high survivability in its passage through the intestinal tract, and has been shown to decrease the incidence and duration of both diarrhea and allergic rhinitis (hay fever) in infant and child cohorts (29).

In one double-blinded, randomized, placebo-controlled trial, 638 healthy children between the ages of three and six consumed an active yogurt beverage containing Lactobacillus casei DN-114 001/CNCM I-1518 (also known as Lactobacillus paracasei subspecies paracasei) or a non-fermented control beverage once a day for three months (29). After the intervention, the rate of common infectious diseases was significantly lower in those who had received the probiotic-containing yogurt (29).

The probiotic species Lactobacillus fermentum has been shown to adhere to Peyer’s patches, the aggregates of lymphoid tissue that consists of immune cells which surround the small intestine and surveil microbiota populations (30). In addition to up-regulating gut immunity, L. fermentum has also been demonstrated to colonize the gastrointestinal tract of healthy participants following a single dose (31).

In one double-blind, placebo-controlled, crossover study, twenty elite distance runners were randomly assigned to receive three capsules of L. fermentum VRI-003 (PCC) or placebo twice daily for one month followed by a one month washout period of no treatment (32). Thereafter, the groups exchanged treatments and the former placebo group received the probiotic whereas the former probiotic group received the placebo (32).

Compared to placebo, the PCC strain incited a two-fold greater change in levels of interferon gamma (IFNγ), a cytokine and surrogate marker for cell-mediated immunity, which triggers a cellular response against viral and microbial infections (32). There was also a modest increase in an immunoglobulin A (IgA) subtype in athletes taking the probiotic, which is correlated with reduced susceptibility to respiratory infection (33). PCC treatment was also accompanied by a dramatic reduction in the number of days and severity of respiratory illness versus placebo (32). The researchers conclude that this strain stimulates a protective immune response in the respiratory tract (32).

The highest degree of efficacy was found using both strains in tandem, with reductions in incidence of fever, coughing, and rhinorrhea, by 72.7%, 62.1%, and 58.8%, respectively (23). Absenteeism from day care due to illness was reduced by almost a third compared to placebo in the probiotic groups, and the single and combination probiotics reduced antibiotic use by 68.4% and 84.2%, respectively (23).

In a three month study during the winter and spring, 479 adults were supplemented with vitamins and minerals with or without a probiotic combination of Lactobacillus gasseri PA 16/8, Bifidobacterium longum SP 07/3, and Bifidobacterium bifidum MF in a double-blind, randomized, placebo-controlled trial (34).

In this study, the probiotics reduced the duration of the common cold by almost two days and also shortened the number of days with fever during a cold episode (34). Not only were fecal lactobacilli and bifidobacteria counts significantly increased after the probiotic treatment period, but immune cells called T helper cells and T suppressor cells were significantly increased in the probiotic-treated group compared to the group taking vitamins and minerals only (34).

Taken collectively, this data indicates that strain-specific probiotics are a viable adjunctive strategy for both prevention and treatment of upper respiratory tract infections when used alongside other holistic interventions. Most of the aforementioned strains are commercially available and can be purchased in various over the counter and professional grade products. Moreover, this research crystallizes the integral role that our microbial ecology plays in our health, and reinforces the paramount importance of acting as a vigilant custodian of your own microbiota.

25. Marteau, P. (2011). Evidence of Probiotic Strain Specificity Makes Extrapolation of Results Impossible From a Strain to Another, Even From the Same Species. Annals of Gastroenterology & Hepatology, 1-3.

Ali Le Vere holds dual Bachelor of Science degrees in Human Biology and Psychology, minors in Health Promotion and in Bioethics, Humanities, and Society, and is a Master of Science in Human Nutrition and Functional Medicine candidate. Having contended with chronic illness, her mission is to educate the public about the transformative potential of therapeutic nutrition and to disseminate information on evidence-based, empirically rooted holistic healing modalities. Read more at @empoweredautoimmune on Instagram and at www.EmpoweredAutoimmune.com: Science-based natural remedies for autoimmune disease, dysautonomia, Lyme disease, and other chronic, inflammatory illnesses.